Meghan Markle’s relationship with the Royal Family showed ‘warning’ signs four days after she wed Prince Harry, claims Lady Colin Campbell – when she was left ‘gobsmacked’ by the duchess’ behaviour

However, the royal author, 70, has now told how Meghan became the hot topic of conversation at a dinner held at her house at Castle Goring, Worthing in Sussex, just days after the wedding.

Speaking to the Daily Star, the 70-year-old claimed Meghan did something that ‘astonished’ an attendee with ‘impeccable palace connections’ at Prince Charles’ 70th birthday.

Lady Colin Campbell, 70, claimed Meghan did something that ‘astonished’ an attendee with ‘impeccable palace connections’ at Prince Charles’ 70th birthday. Pictured, Prince Charles, Camilla, Duchess of Cornwall, and the Duke and Duchess of Sussex at The Prince of Wales’ 70th Birthday on 22 May, 2018 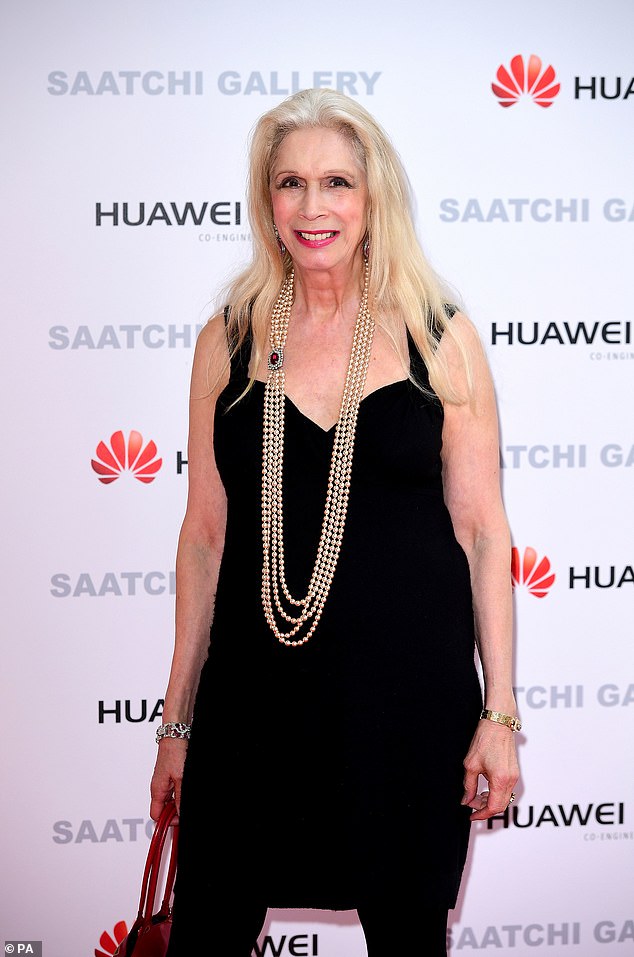 Lady C (pictured) has spoken out ahead of her book, Meghan and Harry: The Real Story, which is published later this month. Pictured, on June 5, 2019

Speaking ahead of her book, Meghan and Harry: The Real Story, which is published later this month, Lady C said: ‘Something happened there on the Tuesday, and I was told about it on the Wednesday evening at dinner by a household name with impeccable palace connections.’

The Duke and Duchess of Sussex joined the Royal Family for Prince Charles’ milestone celebrations held on May 22, 2018 in the grounds of Buckingham Palace – which marked their first royal engagement following their wedding.

The garden party saw the Sussexes celebrate the charity work of the Prince of Wales – with a then newlywed Prince Harry making a speech.

Speaking about hearing the news at her dinner party, Lady C added: ‘We were all absolutely gobsmacked and astonished, we all thought this doesn’t bode well.’ 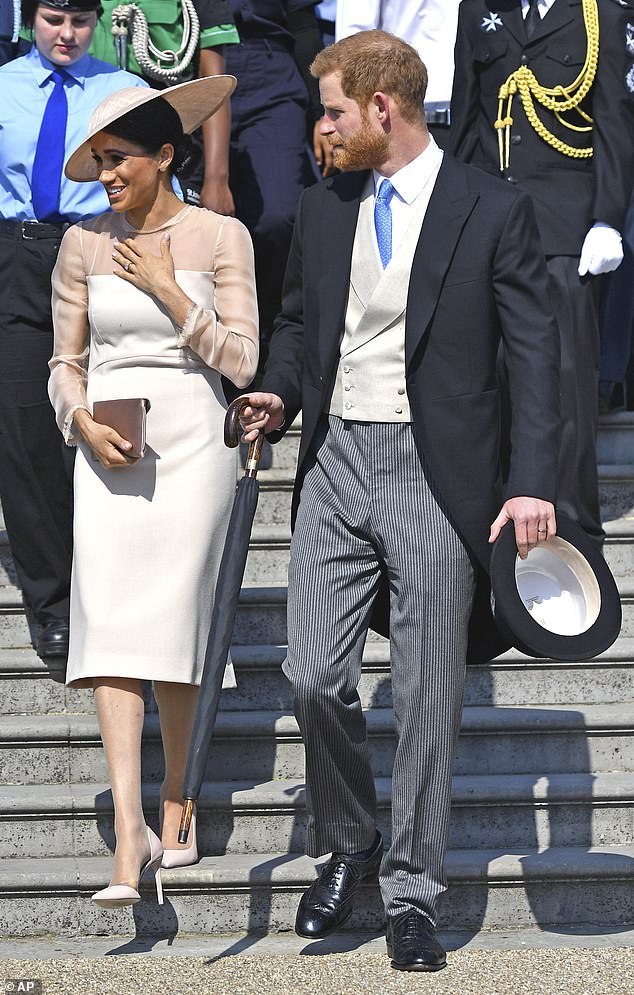 Lady C explained how the guests were all hoping that the information about Meghan (pictured) was ‘wrong’ – but added ‘of course it was accurate.’ Pictured, the Duke and Duchess of Sussex attend a garden party at Buckingham Palace in London, Tuesday May 22, 2018 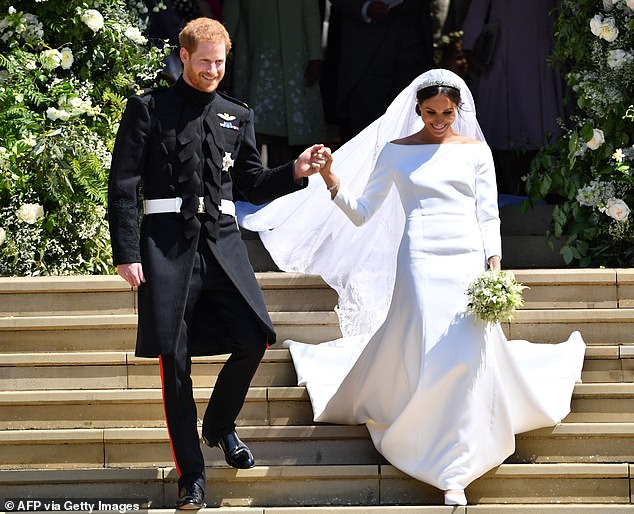 The Duke and Duchess of Sussex tied the knot in a ceremony at St George’s Chapel, Windsor Castle, on May 19 2018

She went on to say how the guests were all hoping that the information was ‘wrong’ – but added how ‘of course it was accurate’.

Lady C, who penned the 1992 best-selling book, Diana in Private: The Princess Nobody Knows, explained how she could not ‘repeat it exactly’ but added how ‘something happened’ which is further explained in her new book.

She added that the Royal Family invested a ‘tremendous amount of hope’ in Meghan and Lady C revealed how ‘virtually everybody’ she knew wanted her to be a success.

The Jamaican-born writer, who is also known for her stint on ITV’s I’m A Celebrity Get Me Out Of Here in 2015, went on to say how she herself was ’emotionally invested in Meghan’s success’.

However, she continued: ‘It quickly became apparent the ride may not be as smooth as everybody had hoped it would be.’