MEGHAN MCCAIN: Trump’s launched a GOP civil war – will it have the guts to end deal with the devil?

President Trump has officially declared his third run for the White House… with a whimper.

Seriously, is that the best he’s got?

In a rambling hour-long speech from Mar-a-Lago, Trump replayed his greatest hits to an adoring crowd. It was a rehash of his glory days in the White House, from when he hung out with Kim Jong Un, to talking tough to China, to being the hit of the party at the G20.

It reminded me of the rant delivered by washed-up Uncle Rico in the movie, ‘Napoleon Dynamite,’ when he told his nephew that he was once a great high school football player.

But have no doubt, Trump is going to have to do a hell of a lot better than this if he wants to compete with the roster of candidates that he will run against for the GOP nomination, including Florida Governor Ron DeSantis.

This was no repeat of the ‘Golden Elevator’ moment from the 2016 campaign, when he descended into the lobby of Trump Tower and proceeded to shock the nation with his first announcement of a White House bid.

Frankly, it was low energy.

Trump was not bombastic, enthusiastic or compelling. The speech was flat, and it lacked purpose. He didn’t offer any new vision for the country. In fact, he just repeated the GOP talking points that led to one of the most disappointing midterm election results in modern political history.

It was a rehash of his glory days in the White House, from when he hung out with Kim Jong Un, to talking tough to China, to being the hit of the party at the G20. 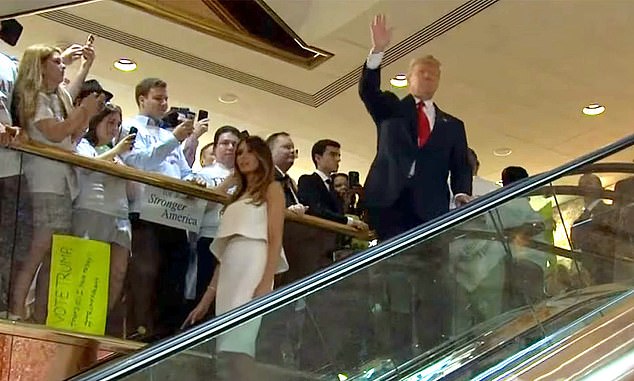 This was no repeat of the ‘Golden Elevator’ moment from the 2016 campaign (above), when he descended into the lobby of Trump Tower and proceeded to shock the nation with his first announcement of a White House bid.

Fox News’ Sean Hannity cut away from his remarks just about halfway through to liven up the evening with some commentary. Later, host Laura Ingraham broke into the speech again as it continued to drag.

This will do very little to persuade anyone outside of his ardent, die-hard base to get behind his candidacy. I dare say he looked old, and his message has become stale.

Even First Daughter Ivanka is out.

She didn’t attend the speech and released a statement, saying she is focused on her family, writing, ‘While I will always love and support my father, going forward I will do outside the political arena.’

Regardless, this was a significant moment. Trump has thrown his hat into the ring again and with it the Grand Old Party is launched into full blown civil war.

Now every Republican must pick sides.

You’re either with Trump and his election-denying cohort of election losers who have tanked the Republican party in three straight national elections, or you’re for moving forward toward a new future with new candidates and a clean slate.

But let’s get one thing straight — there is no appeasing Trump this time around. Republican leaders have tried that and failed.

Senate Minority Leader Mitch McConnell and likely soon-to-be House Speaker Kevin McCarthy have bent over backwards to accommodate Trump. Yes, they’ve rejected his election denial and gross viciousness, yet at the same time they’ve been careful not to reject him outright or his huge base of supporters.

But it was always a deal with the devil. 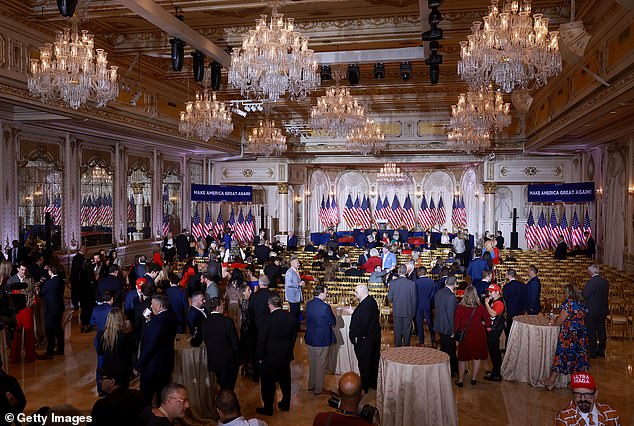 In a rambling hour-long speech from Mar-a-Lago, Trump replayed his greatest hits to an adoring crowd

Predictably, appeasement has shown itself – as it has in the past – to be nothing short of self-destructive procrastination.

The cause of last week’s abysmal showing on election night is becoming clearer, despite Trump’s attempt to spin it Tuesday night.

No, he didn’t have a winning record. His hand-picked Senate candidates were decidedly losers and he didn’t say anything to change anyone’s mind about that.

The party officially failed to take control of the Senate and they’re headed for a razor-thin majority in the House, meaning whoever eventually ends up as Republican Speaker won’t have much power behind the gavel.

If there is one giant takeaway from the midterms it is that Trump’s MAGA party is dead as a national brand.

It only appeals to a small base of supporters, who may have the numbers help a candidate squeak by in a primary contest to only bomb out in a general election.

The great irony of all of this is that for a man so obsessed with winning all he has been able to do recently is lose. Maybe that’s because Trump and his disciples are more concerned with ‘kissing the ring’ and demonstrations of loyalty than serving their constituents.

These Trump MAGA candidates don’t even want mainstream Republicans in their political tent. They’ve put their twisted ideology above winning.

Take my home state of Arizona for instance. Failed Senate candidate Blake Masters and failed gubernatorial candidate Kari Lake were full blown Trump disciples. Lake was called Trump in heels. She infamously said to a campaign rally crowd, ‘We don’t have any McCain Republicans here do we? Well, get the hell out!,’ before calling my Dad a loser.

And ‘get the hell out,’ the voters did.

But to put aside the personal for a moment: this, my friends, is not a winning strategy. 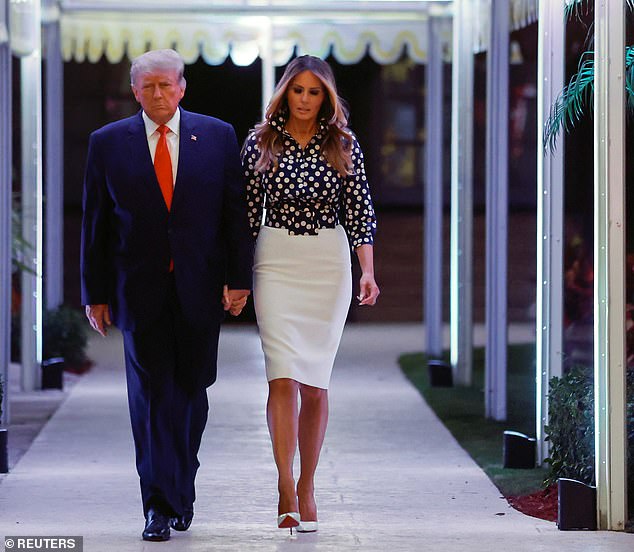 If there is one giant takeaway from the midterms it is that Trump’s MAGA party is dead as a national brand. 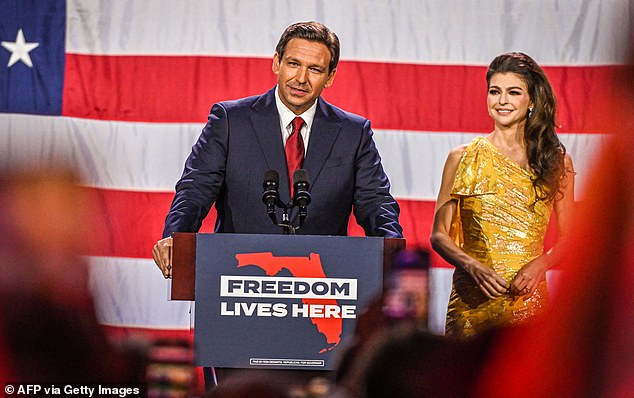 But have no doubt, Trump is going to have to do a hell of a lot better than this if he wants to compete with the roster of candidates that he will run against for the GOP nomination, including Florida Governor Ron DeSantis.

Don’t they know that they need independents and center-right voters to get onboard if they actually want to win?

The point of running for office is to get as many votes as possible, not throw people out of events because they aren’t passing your cult of personality litmus test.

It’s no surprise that Lake and Trump are now claiming that this election was stolen.

‘Arizonans know BS when they see it,’ she tweeted.

‘Wow! They just took the election away from Kari Lake. It’s really bad out there!’ the loser of the 2020 election added.

Honestly, it’s all they have left at this point.

It doesn’t take a political scientist to see the shift away from Trump.

The voters want normal. They want someone serious. They do not want ‘stolen election’ conspiracy theorists or candidates who model themselves after an octogenarian has-been who only cares about his connection to power.

And so, Republicans are faced with a choice and it’s not entirely clear how they may go.

Rising Republican star and the third-ranking Republicans in the House, New York Congresswoman Elise Stefanik has already said she will endorse Trump for president in 2024. Trump-devotee and Congresswoman Marjorie Taylor Greene has suggested that DeSantis should sit this next election out.

But the voters have spoken and now we will see if the people in leadership have enough courage to listen. They may put themselves at political risk for opposing Trump, but so be it. They are elected to serve the people, not the other way around.

Senator Cynthia Lummis, a Republican in a state that Trump carried by more than 40 percentage points, says DeSantis is now the leader of the GOP.

It’s time for choosing: Is Trump the future of the GOP and the party’s next nominee for president in 2024? Or are we, as a party, ready to move on?