Megyn Kelly came armed with treats on Halloween morning, with the embattled NBC host photographed making her way out of her Upper West Side apartment building with a box of doughnuts.

The mother-of-three was all smiles as she approached photographers and asked that they refrain from taking photos of her children while she took them to school.

Her husband Douglas Brunt was not with her but could be seen looking on from above in one of the apartment windows, dressed down in jeans and a white tee.

Kelly did not opt for a costume sadly, and was dressed in her standard look of jeans and boots as she was photographed for the first time in a week.

On her way: Megyn Kelly was photographed for the first time in a week exiting her Upper West Side apartment building on Wednesday (above)

Get ’em while they’re hot: She came armed with a smile and some doughnuts (above) as she approached a group of waiting photographers and asked that they not take pictures 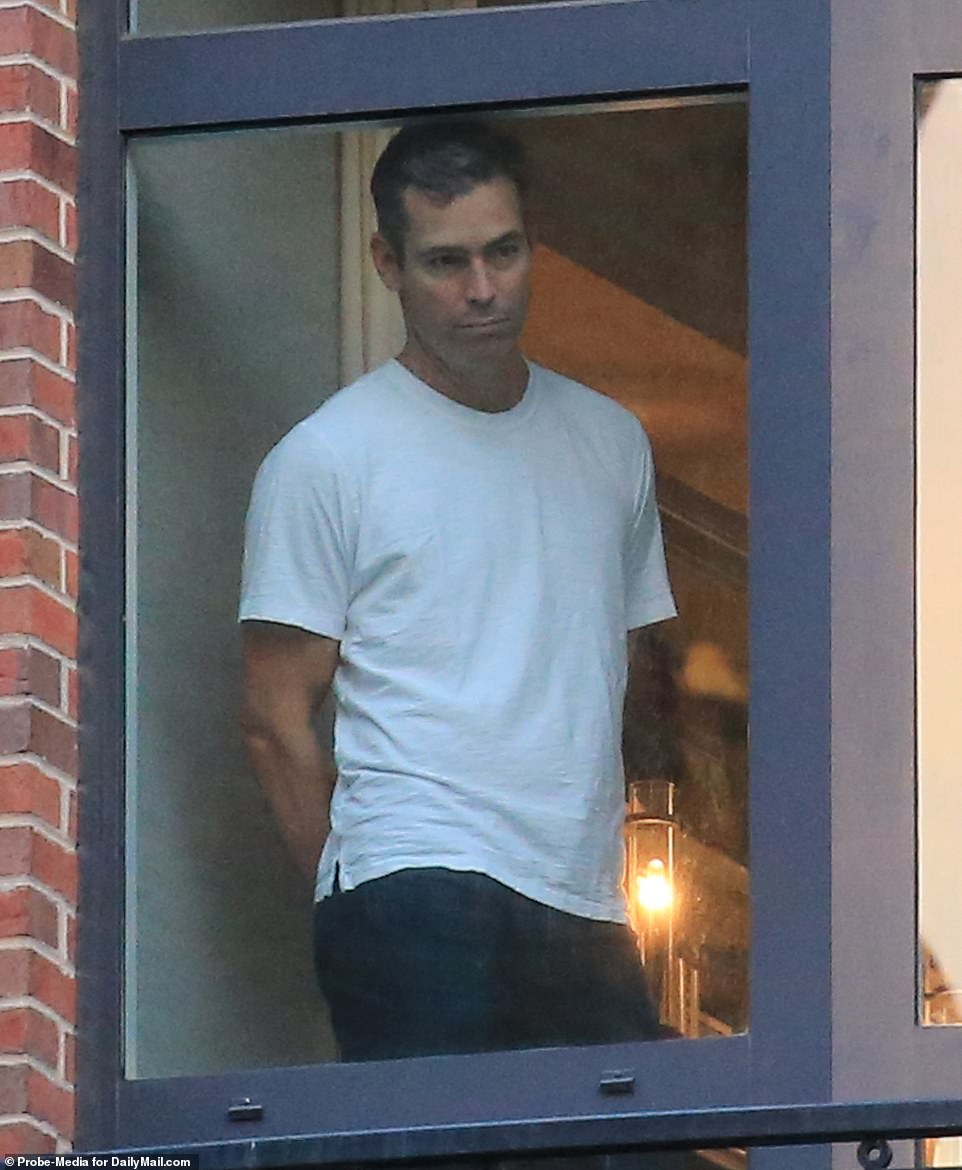 Guardian angel: Her husband Douglas Brunt was not with her but could be seen looking on from above in one of the apartment windows (above) 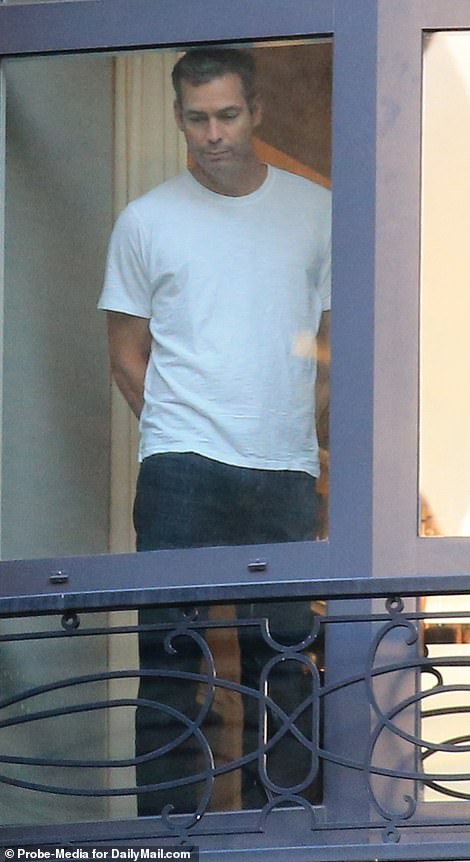 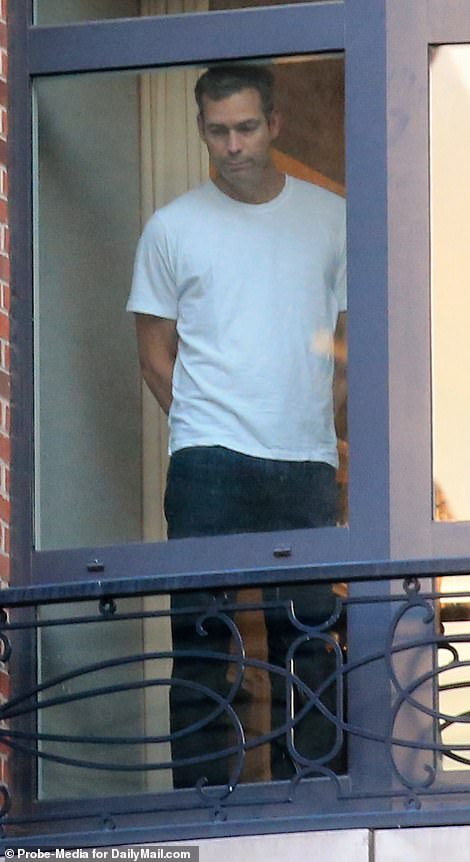 Advisor: Kelly’s exit negotiations with NBC are ongoing, with the host asking for an additional $10 million in addition to a payout of her $69 million contract (Brunt in the window on Wednesday)

She first emerged from her apartment building just before 8am, offering up the doughnuts before bringing out her children and jumping into an Uber.

Kelly then made two school drops before returning to her apartment, and preparing herself for another day of negotiations with NBC.

Her exit negotiations with NBC drag on, with DailyMail.com revealing on Tuesday that the host is asking for an additional $10 million from NBC on top of the remaining $69 million of her contract.

The two sides are also fighting over whether or not Kelly will sign a non-disclosure as part of her exit.

’It’s all out war in negotiations between Megyn and NBC,’ said one source close to Kelly. 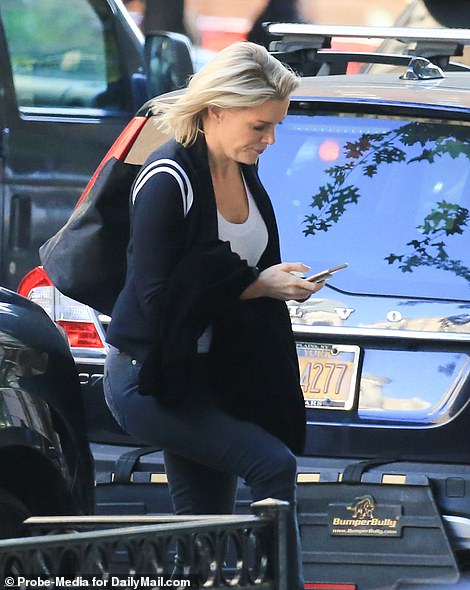 Flashback: Kelly was last seen a week ago entering her apartment (above) in New York City

An NBC source with knowledge of the situation said that Kelly is also refusing to sign an NDA unless she gets that additional money from the network, although a source close to Kelly claims it is not money that is the issue.

‘Megyn is happy to honor an NDA, if NBC is willing to honor one as well,’ said a source close to Kelly.

Kelly’s lawyer, Bryan Freedman, told DailyMail.com: ‘Out of respect for the discussions, I am not going to share more details but any suggestion that Megyn is looking or asking for more than her contract is untrue. This is clearly planted by NBC News to continue its mission to harm Megyn and gain some sort of leverage. It won’t work. Andy Lack needs to stop.’

An NBC insider called this all a ‘pathetic attempt to distract from her blackface comment and gain negotiating leverage.

And an executive responded by stating: ‘That’s delusional. Freedman should look into his own camp for any leaks about the discussions.

It is all too much for one NBC executive to stomach. 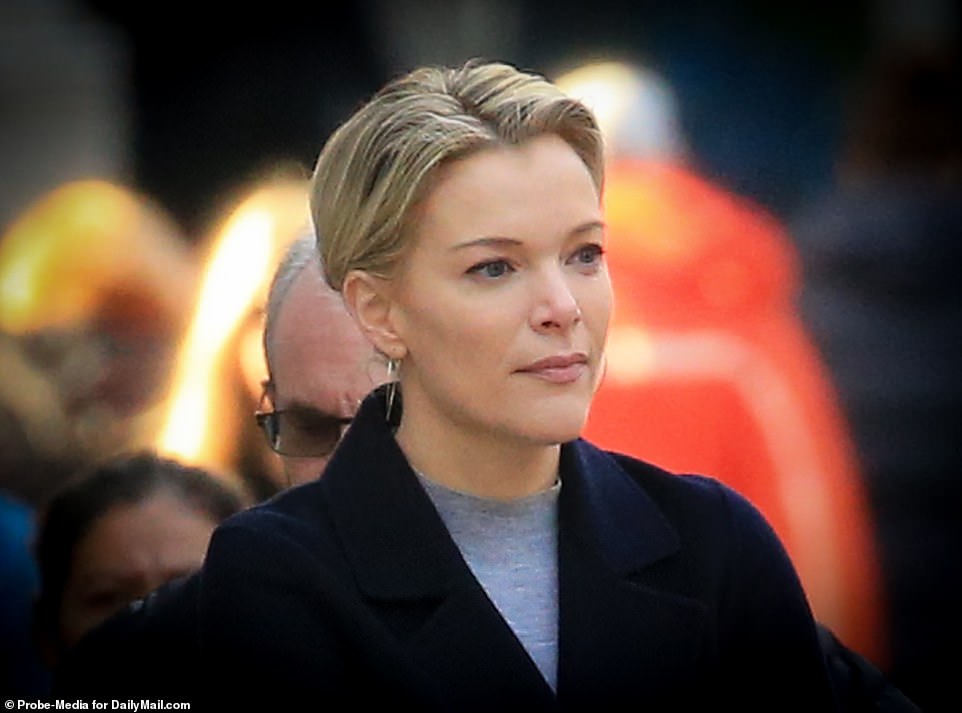 Coming out of the dark: It was one week ago that Kelly was last photographed as she returned home from NBC after issuing an apology for her blackface comments on-air 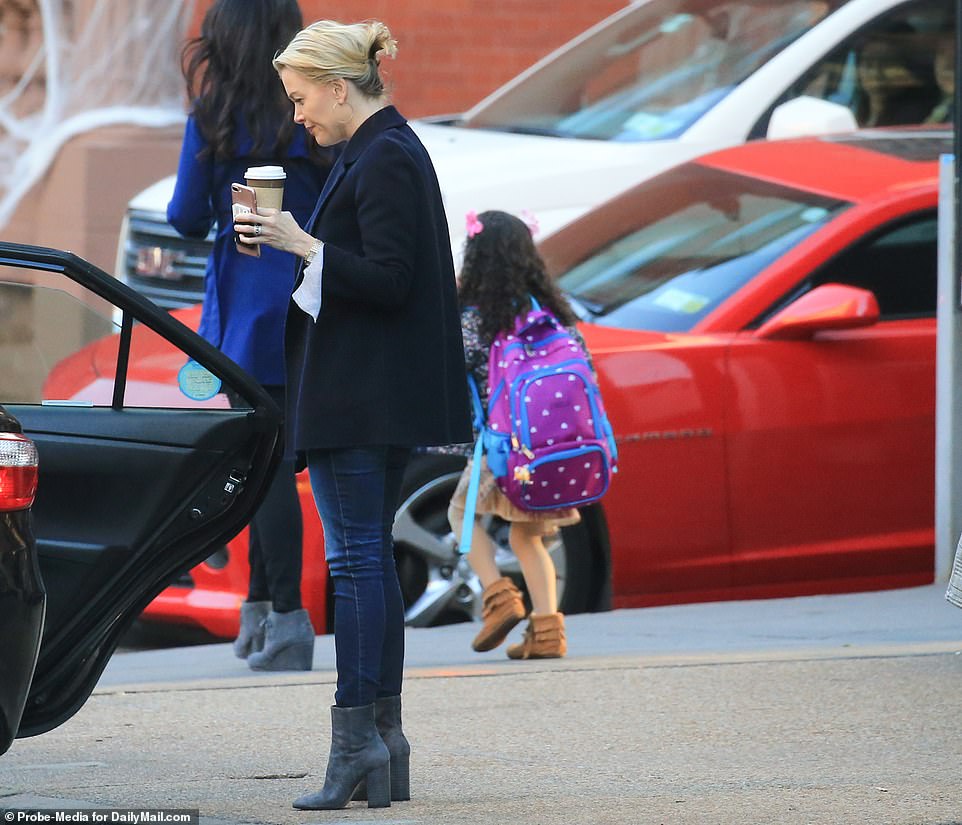 Talk ain’t cheap: An NBC source with knowledge of the situation said that Kelly is also refusing to sign an NDA unless she gets that additional money from the network, although a source close to Kelly claims it is not money that is the issue 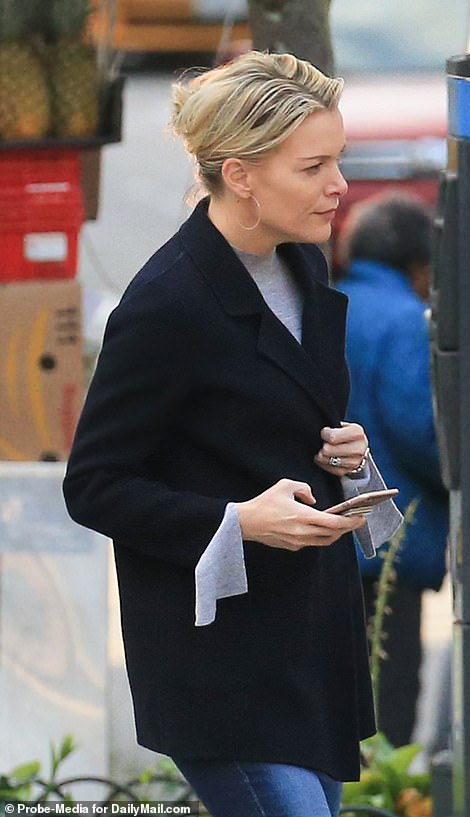 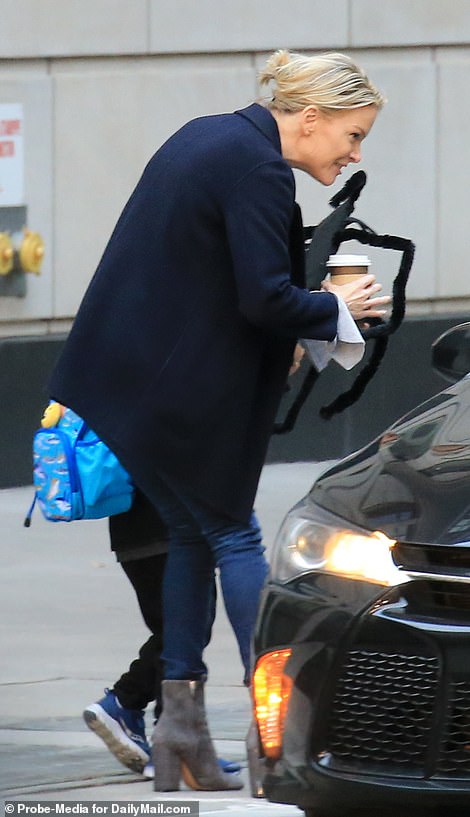 Chariot awaits: Kelly made her way out with her children after making her ceremonial doughnut offering 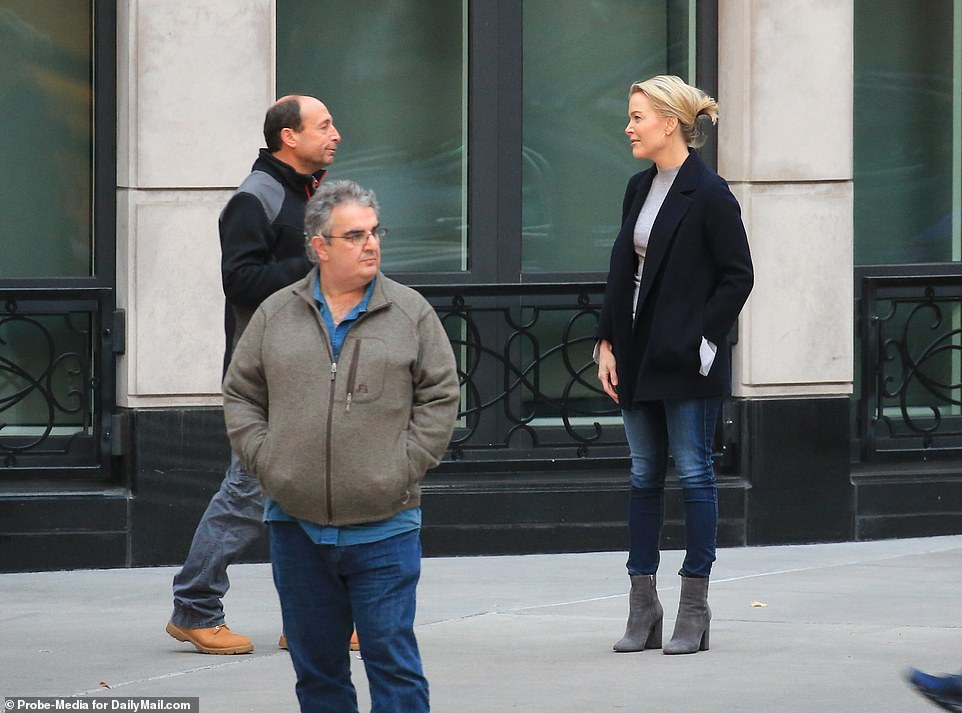 Chance encounter: Kelly stopped to chat with a gentleman outside her apartment on Wednesday morning 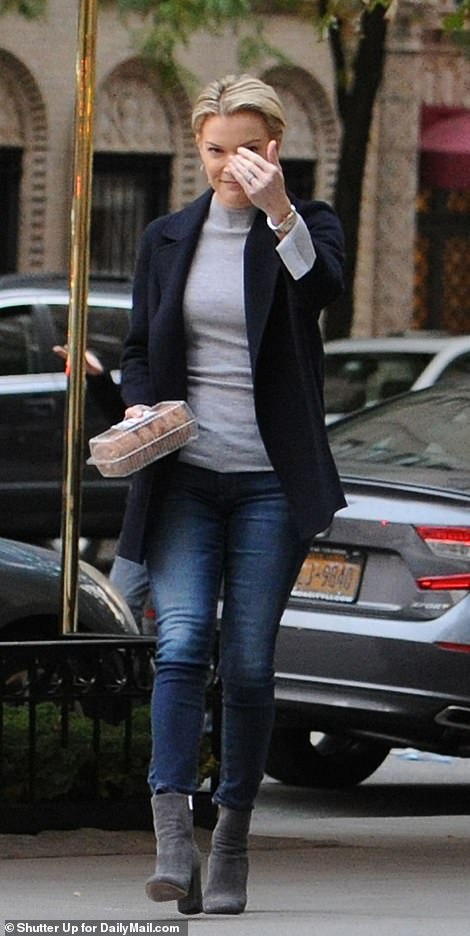 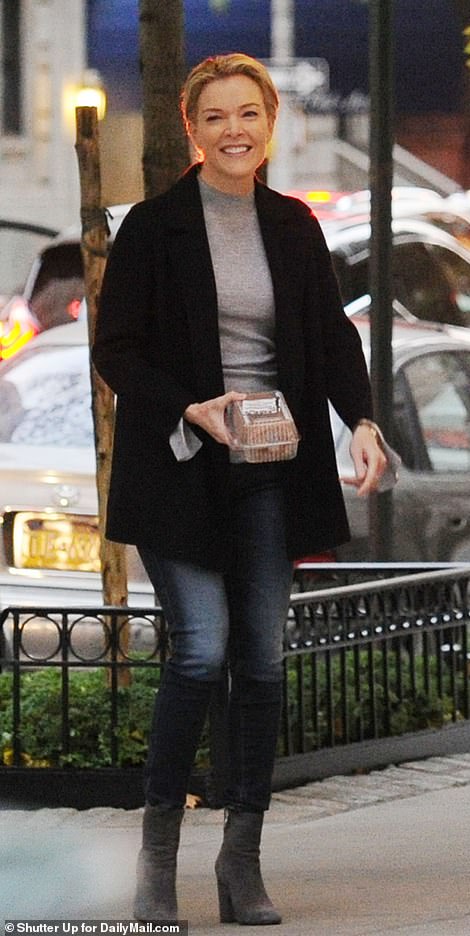 Stranger danger: ‘She believes that she has information that could do serious damage to NBC News and with her track record of delivering the death blow to Roger Ailes’ career she’s not afraid to use the information to her advantage,’ said a source

‘She needs to accept that she is done at NBC and leave. We’ve already paid her the equivalent of a Powerball win so it’s not like she struggling to pay the bills,’ said the executive.

‘Have some dignity Megyn and move on.’

Kelly has already set her sights on the two high-ranking executives to exact her revenge if need be, says once source close to the embattled host.

‘She wants to tear the place down now that she’s out and her team is telling everyone that she won’t be happy unless others are out with her,’ said second source close to Kelly.

‘She believes that she has information that could do serious damage to NBC News and with her track record of delivering the death blow to Roger Ailes’ career she’s not afraid to use the information to her advantage.’

As for her reason why, the source points to the coverage of her blackface scandal across the network’s major television platforms in the days after the scandal.

‘She feels that there is no way so many minutes of programming would be dedicated to her scandal unless it was sanctioned by the top of NBC News or even higher – NBC Universal or Comcast. So now she wants them to pay,’ said the first source.

‘NBC jumped on the “blackface” comments as a way to push her out the door. They wanted her gone and this was the way to do it. There’s no way so many NBC talent or shows would go on the attack unless it was officially sanctioned.’

The NBC executive DailyMail.com spoke with did not dispute the fact that there were some who wanted Kelly out, but hit back at the notion that her blackface comment was not a serious offense.

‘These are the actions of a desperate former employee who can’t accept her career at NBC is over,’ said the senior executive.

‘We didn’t force her to say what came out of her mouth – she said it, so she should face the consequences.’

Not helping matters according to that executive was the fact that Kelly did little to endear herself to her crew or fellow news team once she took the job,

‘This is someone who came here and wasn’t a team player. She latched on to an important movement in #MeToo as a way to protect herself but in the end she destroyed her own career through her own commentary – not by anything we did,’ stated the executive,

That individual then added: ‘Our biggest mistake was hiring her in the first place and I’m sure that once we have finalized her exit questions will be asked about how we got this so wrong.’