Elle Macpherson sat down for an interview with Megyn Kelly just one week after it was revealed that she is dating disgraced former doctor Andrew Wakefield, but the Today journalist failed to ask the supermodel one question about her anti-vaxxer beau.

The 54-year-old appeared on Thursday’s episode of Megyn Kelly Today, but rather than quizzing Elle about her new relationship, the TV host opted to focus on lighthearted questions about her career and her natural beauty routine rather than her relationship with Wakefield.

The controversial British doctor’s fledgling romance with Elle was confirmed earlier this month when DailyMail.com revealed exclusive photos of them walking arm-in-arm and kissing at an organic food market.

Special guest: Megyn Kelly, 47, interviewed model Elle Macpherson on her morning show on Thursday, but she failed to ask about her disgraced anti-vaxxer beau Andrew Wakefield 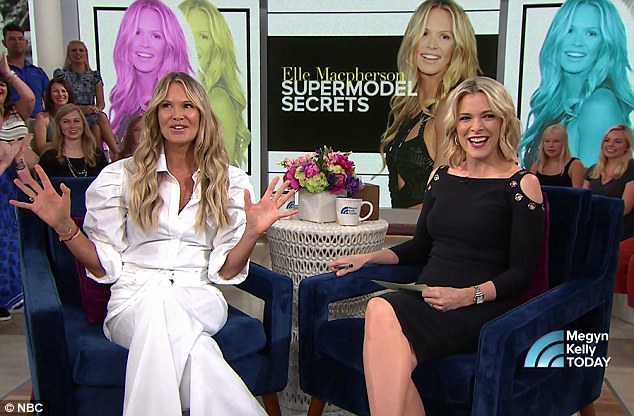 Keeping it light: The host opted to focus on lighthearted questions about Elle’s career and her natural beauty routine rather than her relationship with Wakefield

The former physician and researcher became notorious for fueling the anti-vaccination movement with his widely debunked research claiming the MMR vaccine caused autism and bowel disease.

Wakefield, 61, lost his medical license and was banned from practicing in the U.K. in 2010 because of unethical behavior but relocated his family to the U.S., where he continues to promote his controversial approach to medicine.

Neither Wakefield nor Elle has commented publicly on their relationship, but Megyn didn’t seem interested in getting the scoop while chatting with the supermodel on her morning show.

The former Fox News star started the interview with highlights from Elle’s illustrious career before asking about her wellness routine.

The Australian beauty happily dished about how she completely changed her health around after she turned 50 thanks to a custom-made plant-based supplement her nutritionist had whipped up for her. 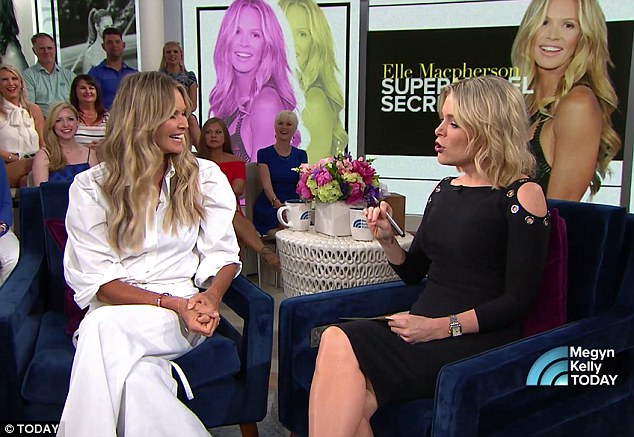 Now tell me: Megyn asked Elle about coconut oil pulling, an alternative medical practice in which oil is ‘swished’ around the mouth 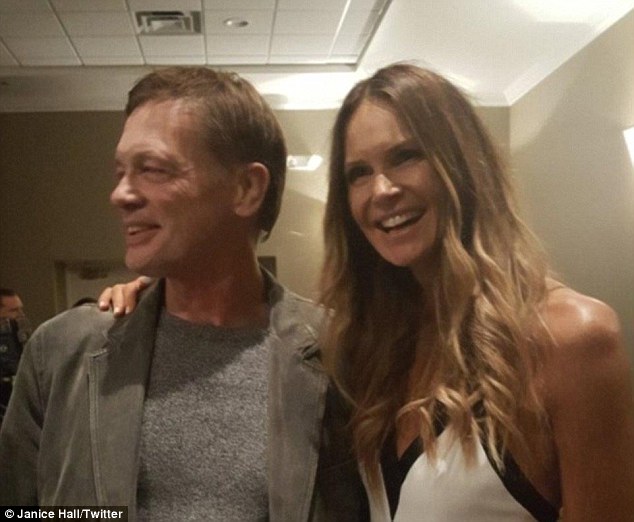 Look of love? Earlier this month, DailyMail.com revealed exclusive photos of Elle and Wakefield, 61, kissing. They were first photographed together last November (pictured) 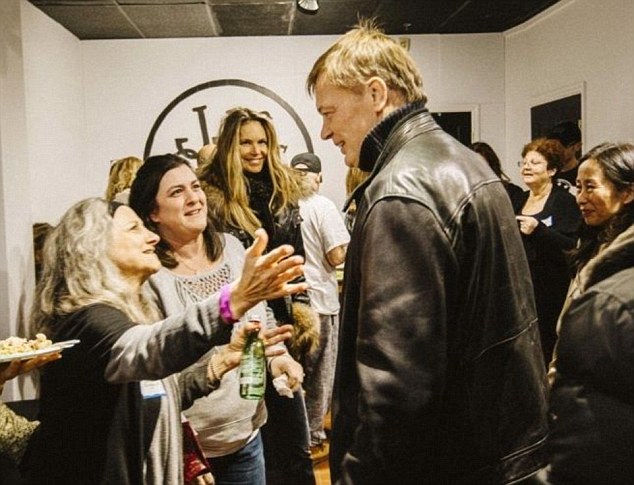 Unethical: Wakefield (pictured with Elle in the background) fueled the anti-vaccination movement with his widely debunked research claiming the MMR vaccine caused autism

Elle also spoke about swapping toothpaste for coconut oil pulling, an alternative medical practice in which oil is ‘swished’ around the mouth.

The theory, she explained, is that you detox while you are sleep, and then you can ‘help rid your body of your toxins through the mouth’ by oil pulling.

‘So what your saying its not the same benefit if I just eat like an Almond Joy,’ Megyn joked of the Ayurvedic practice.

Megyn and Elle shared a laugh as they bonded over their love for the coconut-based candy bar, but the host didn’t mention that there isn’t any scientific evidence that oil pulling actually works.

She ended the interview by urging her fans to check out the rest of Elle’s beauty secrets on the Today website.

While it’s unclear how Elle feels about her new beau’s false medical claims, Megyn is a proponent of vaccination and has had all three of her children vaccinated. 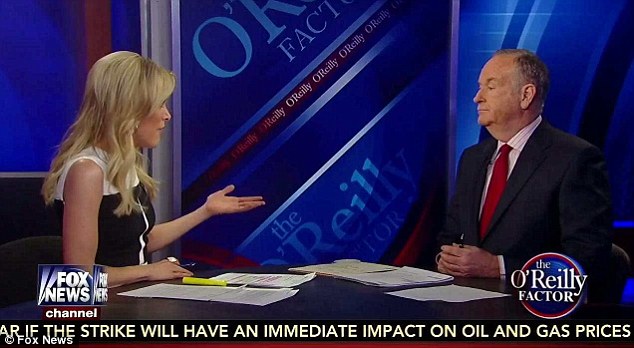 Fair and balanced: While on The O’Reilly Factor in 2015, Megyn stressed that immunization programs have to be mandatory in order for them to work 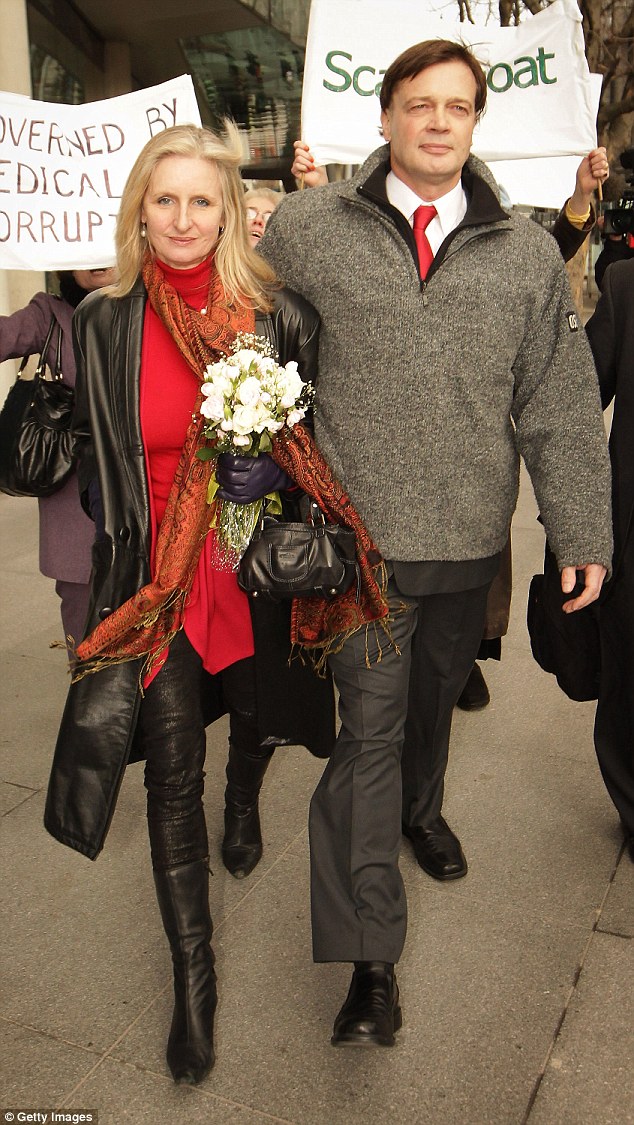 Disgraced: Wakefield (pictured with his now estranged wife, Carmel, in 2010) lost his medical license and was banned from practicing in the U.K. that year

The journalist spoke about the topic of mandatory vaccinations on The O’Reilly Factor in 2015, and she stressed that immunization programs have to be mandatory in order for them to work.

However, she was empathetic to parents who decided against vaccinating their children in the past, explaining that they were misled by Wakefield.

‘They were given bad information years ago by a U.K. study that came out in 1998,’ she said. ‘Five years ago the science wasn’t even as certain as it is today. It is very certain today.’

Wakefield was the lead author on the infamous, now-retracted 1998 study that was originally published by the British medical journal the Lancet.

The study falsely claimed to show a link between the MMR vaccinen and autism, and the publication led to a dangerous decline in vaccination rates as parents grew mistrustful of vaccines.

Lancete retracted the paper in 2010, the same year Wakefield lost his medical license.