They’ve triggered endless bouts of hysterics while standing in for Graham Norton on the radio over the summer.

And Melanie Sykes and Alan Carr looked in good spirits as they departed the BBC Radio 2 studios in London on Saturday after presenting their morning radio show.

Melanie, 50, grinned as she cut a chic display in an olive green bomber jacket with a white faux fur trim.

She wore a black turtleneck jumper beneath, which she matched with a pair of skinny black trousers and grungy Doc Marten boots.

The broadcaster carried her essentials in a large black leather handbag, while she also carried an umbrella in case the rain storms that have recently been plaguing London should strike again.

Meanwhile Alan, 44, appeared to be giggling as he left the studios just ahead of her. He wore a brown woollen coat and a pair of comfy forest green trousers.

The comedian sported his signature thick-rimmed glasses and a trendy red sun cap, while he opted for a set of star-patterned sneakers on his feet. 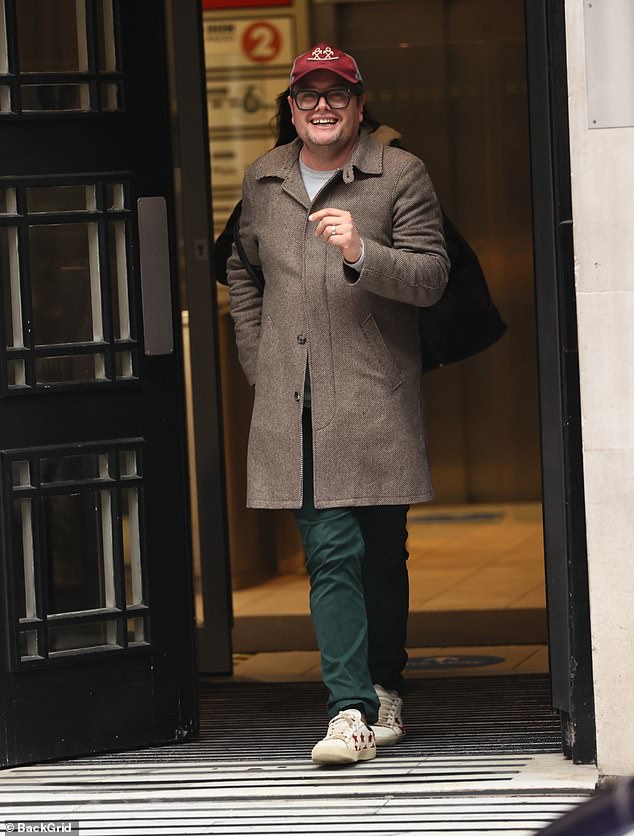 Giggly: Meanwhile Alan, 44, appeared to be giggling as he left the studios just ahead of her. He wore a brown woollen coat and a pair of comfy forest green trousers 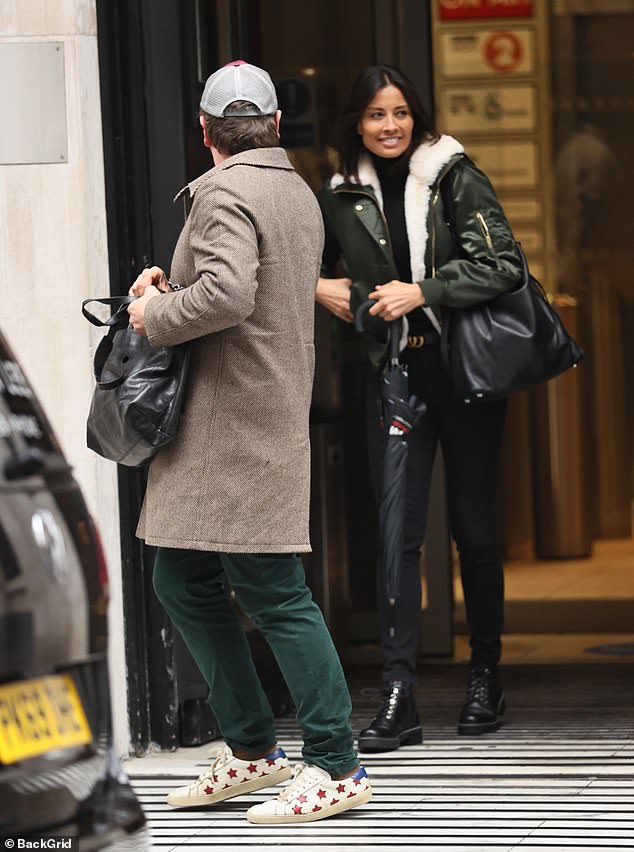 Chilly: The presenting duo wrapped up warm in thick jackets as they headed out together

Mel’s appearance on Saturday comes after she recently hit out at Keith Lemon as she criticised British men who try to emulate him with their ‘limited vocabulary.’

Last month, the presenter discussed her dating experiences and branded men as ‘pretty basic and disappointing,’ during an interview for her own Frank magazine.

She said: ‘Sadly, in all realms of life, most men are pretty basic and disappointing. 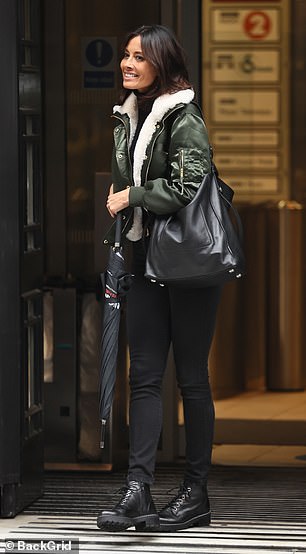 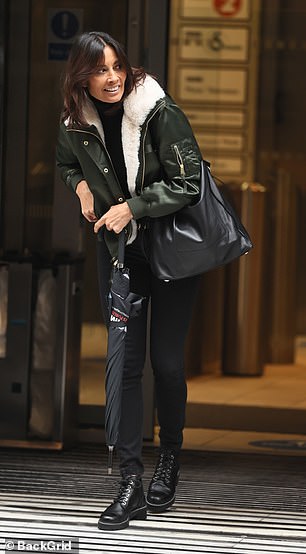 ‘I feel a bit sorry for British men who have adopted the limited vocabulary of the television character Keith Lemon when talking about and to women.

‘I would be surprised, and indeed it would be a miracle, if any of these men are actually getting laid.’

Mel has previously appeared on Celebrity Juice where comedian Leigh Francis takes on the persona of host Keith. 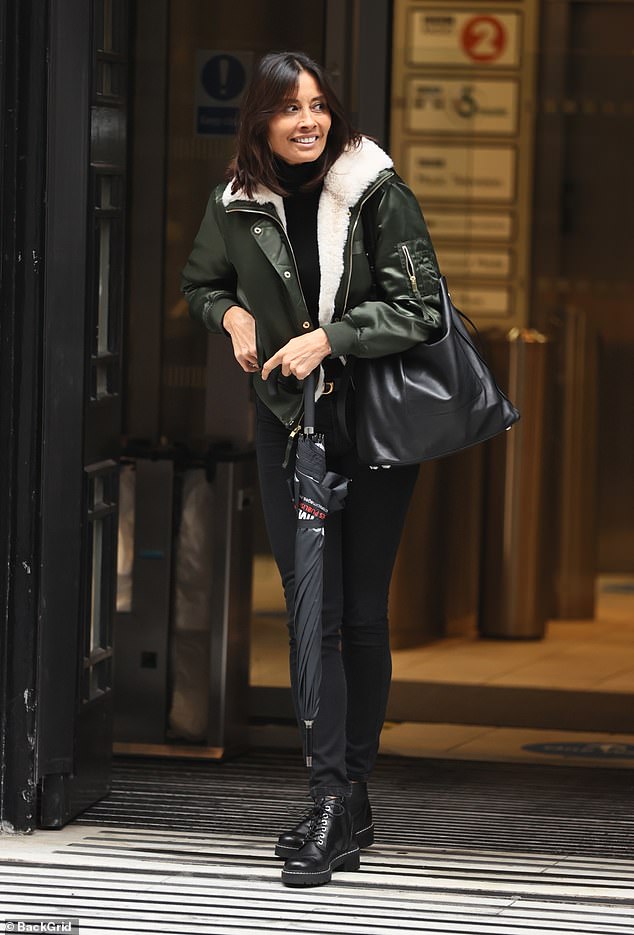 Critical: Mel recently hit out at Keith Lemon as she dismissed British men who try to emulate him with their ‘limited vocabulary.’

In light of her comments, Keith told The Sun he contacted Mel, who said she was merely referencing the persona he portrays on screen.

He said: ‘I reached out to her and asked why she didn’t like me. She said, “It’s not you, it’s your on-screen persona.”

The star then noted some of his career achievements over the years as he defended himself.

Keith added: ‘Well if anyone’s watching and you have a limited vocabulary, you can still win two Baftas and two NTAs. I don’t want to boast about all the things I’ve won.’ 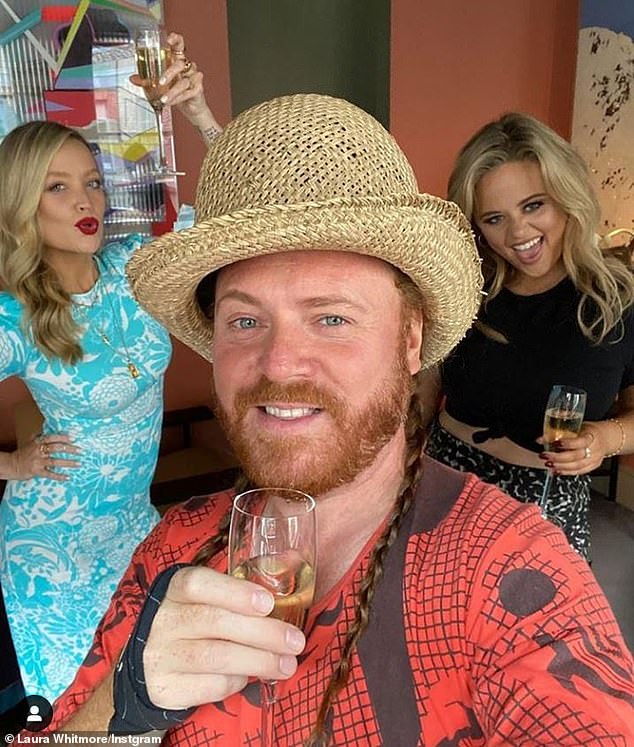 Not happy: In light of her comments, Keith Lemon defended himself. Keith is pictured with new Celebrity Juice panellists Laura Whitmore and Emily Atack