It appears nothing is off limits for the Tiger army celebrating the incredible 37-year drought breaking victory.

Huge crowds of people crammed into a local barber shop in Melbourne on Saturday night to get themselves a replica of Dustin Martin’s iconic hair cut.

A video shows a rowdy group of fans transforming their style to mirror the Tiger superstar. 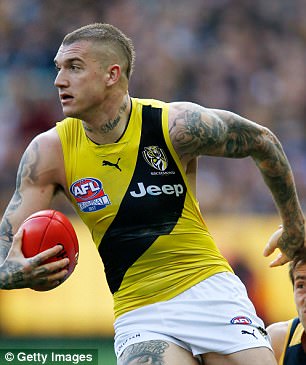 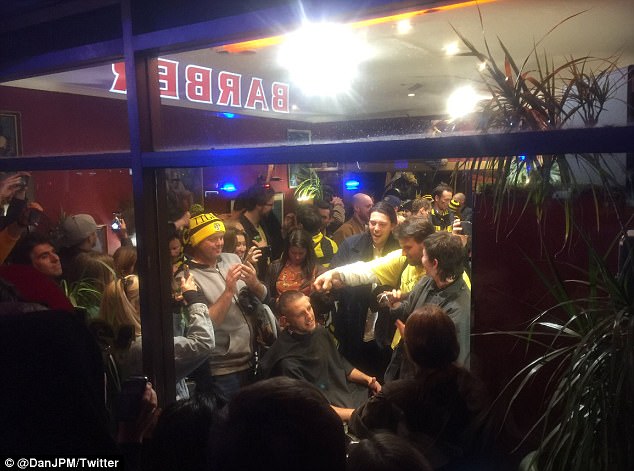 Once described as the ‘Mohawk mullet’, Martin’s signature style consists of shaving the sides of the head, leaving a short Mohawk running down the middle of the head.

Richmond fans appeared to be lining up to get their own ‘Dusty’ cut just hours after the team won the AFL premiership.

The crowds were cheering as one man emerged with his own cut by Dr Follicles barber store.

The barber shop, just two kilometres from Melbourne’s MCG, was said to be giving away the hair cuts for free to celebrate Richmond’s tremendous win.

Martin is the first player in AFL history to win the Brownlow Medal, Norm Medal and premiership flag. 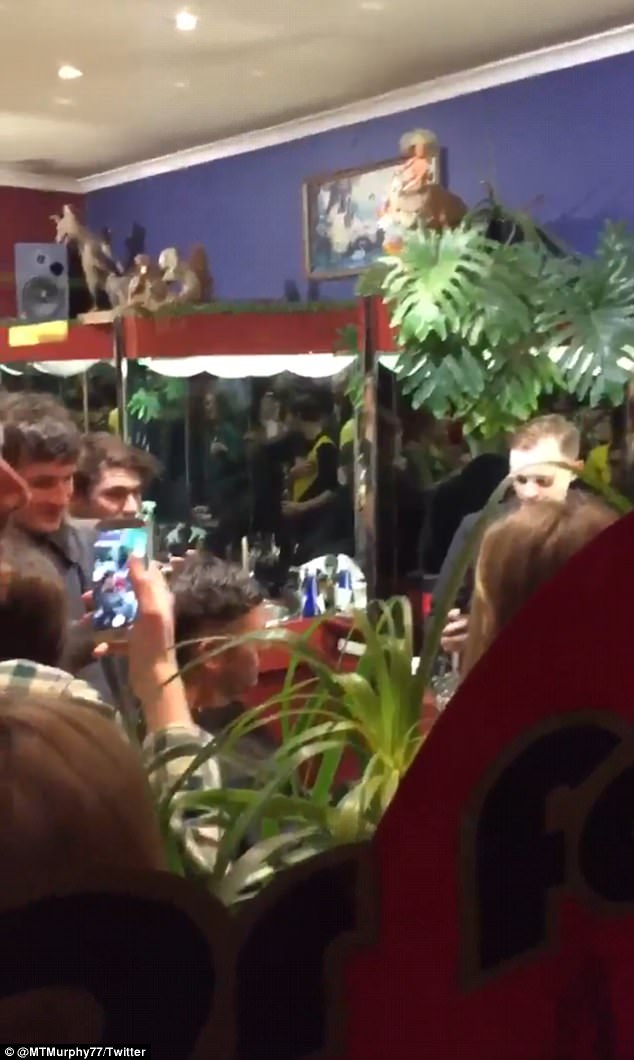