A series of punctured tyres along a Melbourne cycleway have sparked fears a bike-hating terrorist is sabotaging riders by leaving sharp items on the path.

Frustrated riders have been contending with broken glass scattered along new bike paths running through St Kilda, in the city’s inner southeast.

Jacinta Costello said a quarter of the cyclists in her local riding group were forced to dismount after their tyres were spiked by shards.

‘On the weekend we had ride and we had three punctures amongst a group of 12, which is pretty unusual,’ she told 9News.

Dale Monsbourgh said the splinters pierced deep through the rubber and embedded in the inner part of his tyres.

A spate of tyre punctures along a bike path in St Kilda have sparked fears a vandal is targeting cyclists. Pictured: Cyclists on the old lane on Beach Road 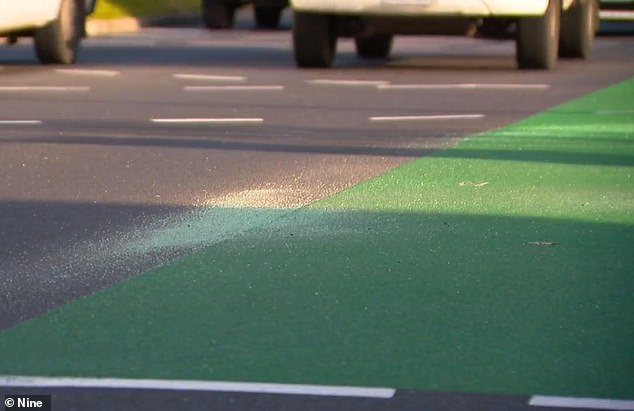 ‘Went to put on my replacement tube and there was still glass there on the wheel itself,’ he said.

‘It really ruined my ride.’

Riders have flocked online to point the blame at the local government, presuming the fragments are left over construction debris, but at this state it is not known where the objects came from.

‘Beautiful winter morning for a ride aside from the idiotic new bike lanes in beach road filled with glass.’

One woman said she had three punctures during one ride from Port Melbourne to St Kilda.

‘Have pulled countless pieces of green glass out and had to buy new tyres all together,’ she said. 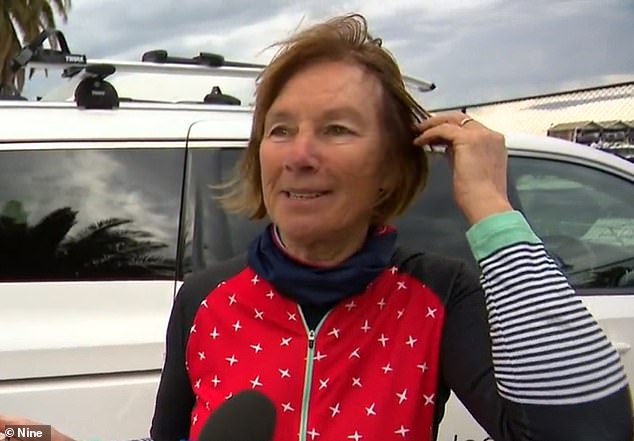 ‘I don’t ride around the area anymore because the residue hasn’t been cleaned up properly.

‘All the glass that hasn’t stuck to the epoxy needs to be swept from the road!’

Another woman said: ‘I drove along Marine Parade to Brighton to pick up a friend’s dog oh my gosh I’ve never seen so many people fixing their punctured bike tyres.’

However, transport officials say the debris was not left on the road during construction.

Department of Transport Executive Director Alan Fedda said the glass is of different shape size and colour from the materials used to create bike lanes and an investigation is underway to determine whether it is an act of vandalism.

Council workers were called in on Monday morning to clean the particles from the road.

Victoria Police said an official report about the matter is yet to be made.