The Melbourne Derby was abandoned after shocking scenes on Saturday night as fans invaded the pitch and attacked City’s goalkeeper at AAMI Park.

Furious with the A-League’s decision to send the next three grand finals to Sydney, fans were planning to stage a mass walkout on the 20th minute to vent their discontent with the decision.

However, tempers boiled over and by the 21st minute, supporters encroached the pitch and City goalkeeper Thomas Glover was attacked, with a bin smashed into his face. 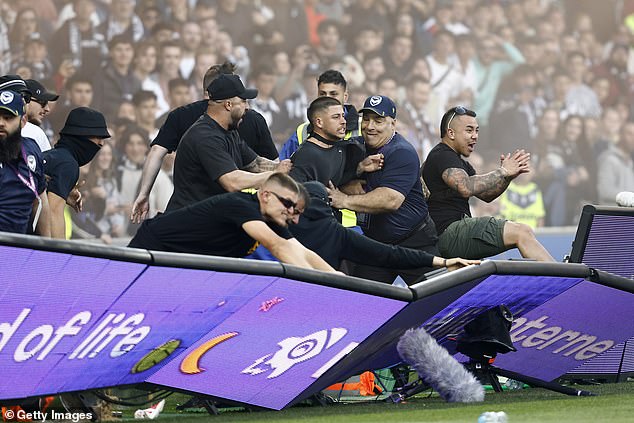 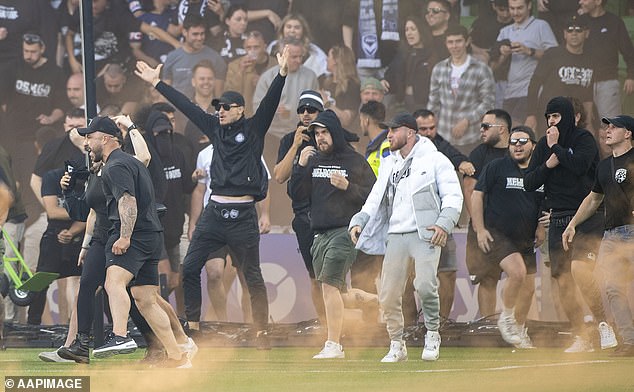 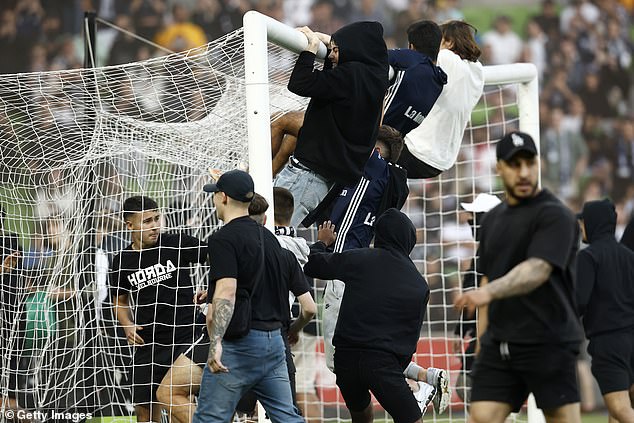 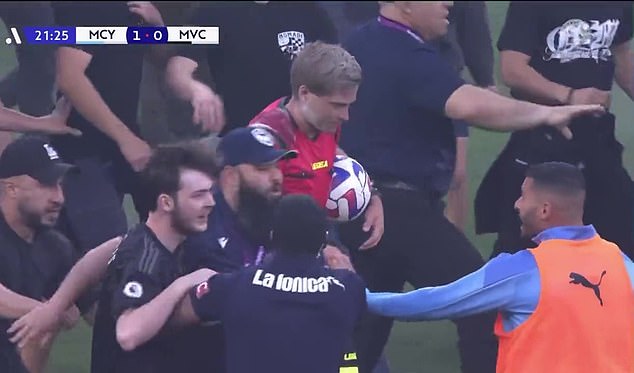 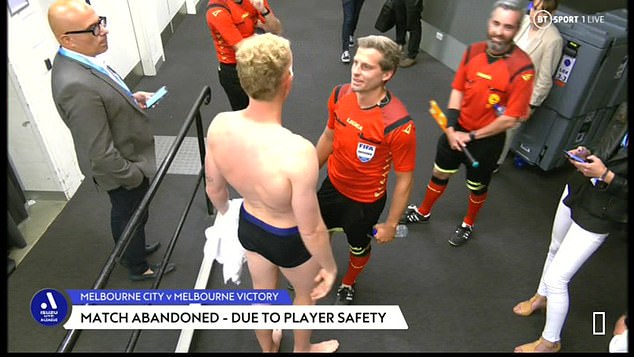 The 24-year-old was left bloodied and the game was suspended, before later being abandoned.

City confirmed that Glover has likely suffered a concussion and was receiving treatment in the dressing room.

Since the A-League started in 2005, clubs have needed to earn the right to host the grand final based on how they performed in the finals series. The NSW decision flies in the face of A-League tradition. 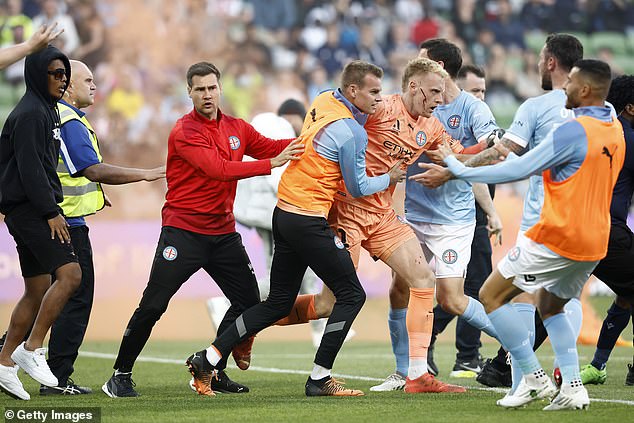 This week, supporter groups across the country have lashed out at the deal – worth $10million – and announced their intention to voice their opposition by leaving games on the 20-minute mark.

On Friday night, Newcastle Jets fans left in their droves during their side’s 1-0 defeat by Brisbane Roar, with a banner reading: ‘Fans > $$’ displayed.

Peak body the Australian Professional Leagues have doubled down on the decision despite a huge backlash from fans and football stars that led APL director Anthony Di Pietro to resign.

Socceroos hero Craig Goodwin joined the chorus of condemnation on Monday, tweeting: ‘I do not support it. I am a player, but I am also a fan. Like many fans around the country, and like I said, I too am disappointed in this decision.’