The END of an Australian tradition: Killjoy security guards kick out fans for building beer snakes at the cricket

Strict security at the Melbourne Cricket Grounds have been filmed repeatedly kicking fans out of stadiums for building beer snakes.

Crowds at the MCG were spotted stockpiling empty cups under their seats for beer snakes during the Big Bash Leagues matches on Boxing Day and the Christmas public holiday.

Beer snakes are made by collecting large amounts of plastic cups to form a continuous long stack that can be passed around the crowd.

However, security was less than impressed by the long-standing tradition and weaved through the crowds to spot empty cups. 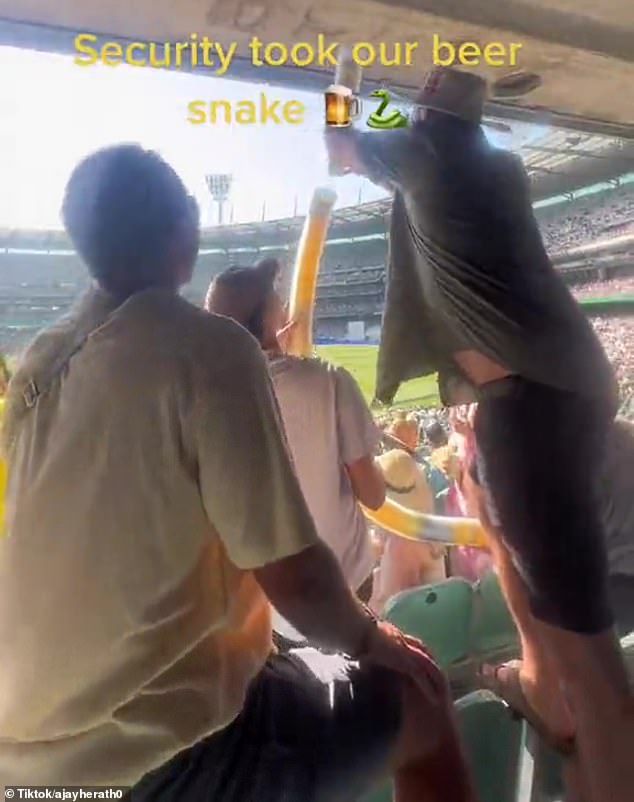 Crowds booed as security destroyed the snakes and escorted groups out for making them (pictured, a group of men making a beer snake)

People in the MCG crowd filmed security kicking out several groups during rounds of the grandstands and uploaded the footage to TikTok.

In one clip filmed by a nearby fan, security were seen telling off three men who took their time being escorted out for collecting cups.

‘The fun police have arrived,’ the cameraman said.

‘They live for this moment to kick people out and take the cups.’

The crowd around the four security officers booed as they ushered the three men from their seats.

One of the men then grabbed the group’s snake and dropped it to surrounding seats as witnesses cheered. 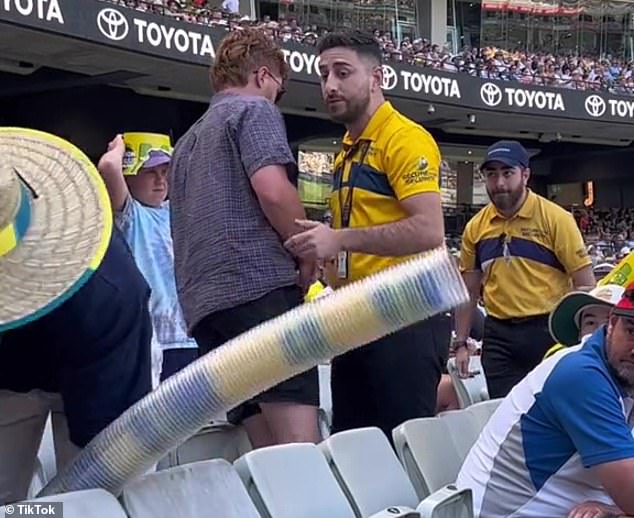 However, the boos and insults didn’t stop security for kicking out fans caught with beers snakes (above) 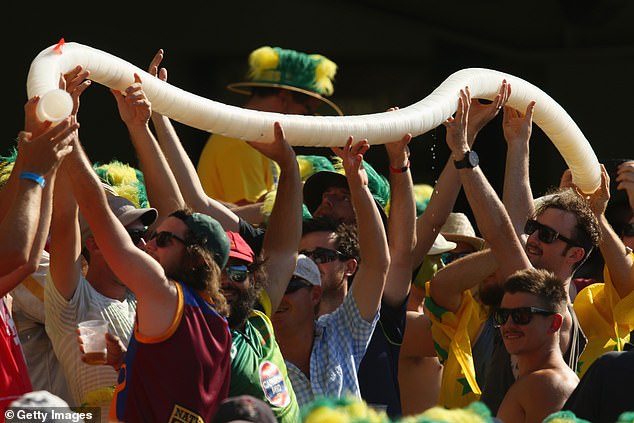 Beer snakes are made from empty plastic cups at sport events (pictured, a beer snake in Brisbane, 2013) 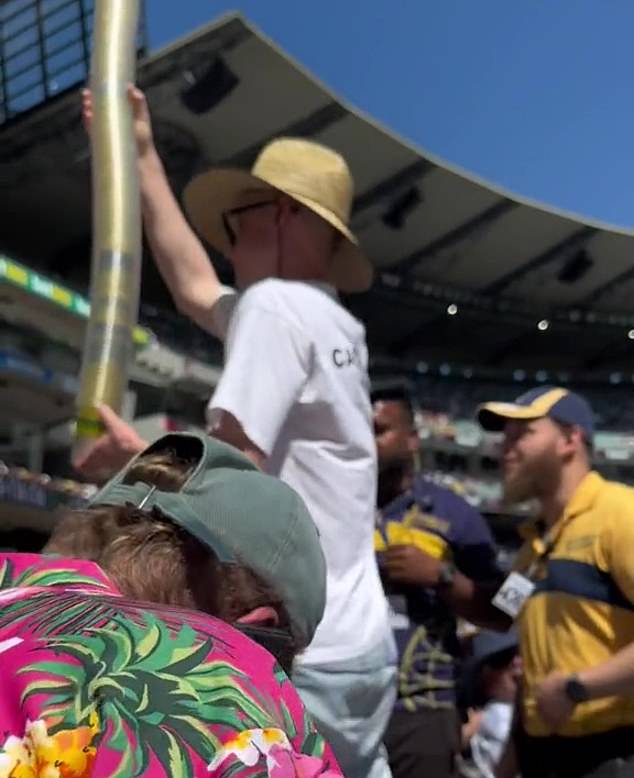 Videos of security kicking out beer snake makers were shared on TikTok (pictured, a fan and his beer snake being marched out by security)

A third video showed two men being kicked out while another group hid their snakes under their seats.

‘Mate, look at these f***wits,’ the cameraman said of the officers.

‘I reckon these guys need to shut up and have a few beers.’

A fourth video showed a frustrated security officer slapping a long beer snake into pieces as it passed around.

The crowd booed and shouted ‘you are a w*****’ as the team walked off to do more laps. 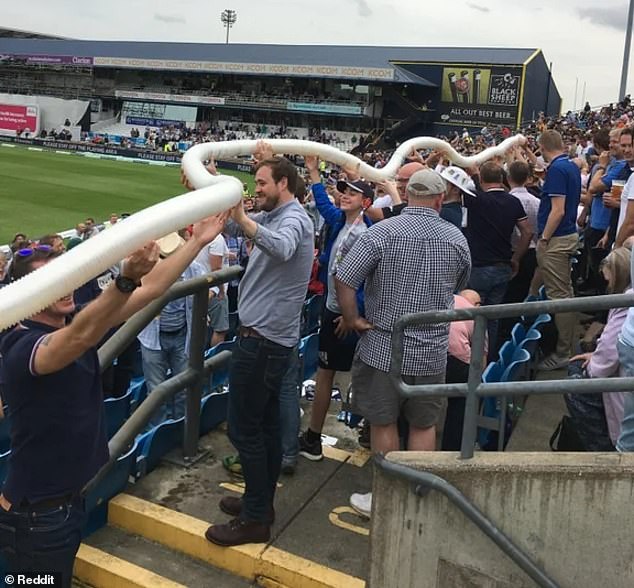 Beer snakes have been appearing around the world in the stadiums of sport events, particularly cricket, for several decades (pictured, an old beer snake) 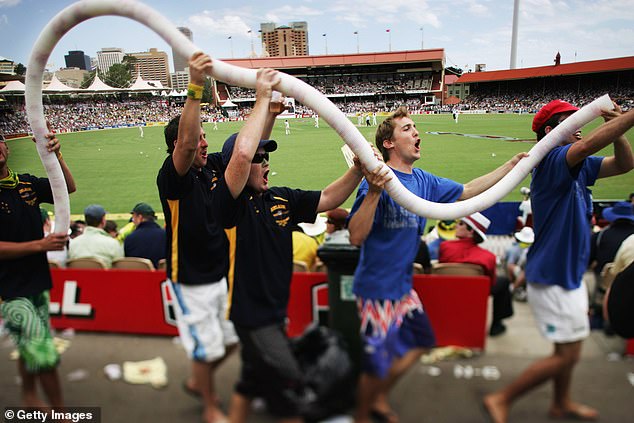 Aussie commenters were furious at security for trying to stop the creation of beer snakes, a long-standing tradition (pictured, a beer snake in Adelaide, 2006)

Beer snakes have been appearing around the world in the stadiums of sports events, particularly cricket, for several decades, so most commentators were angry to see security ruining the fun.

‘Getting kicked out for collecting cups, what a game,’ one person commented.

‘What’s the worst that could happen with stacking cups?,’ another said.

‘I still don’t understand what the problem is with cup snakes?,’ another wrote.

‘Nearly as dangerous as flares,’ another joked.

‘So let me get this straight, you’re not allowed to make cup snakes at the cricket?,’ another asked.