A cyclist trying to weave through peak-hour traffic mowed down an elderly man as he attempted to cross the road.

Dash-cam footage reveals the moment an elderly man dashed across a busy Melbourne road and was knocked down by a cyclist with his head in the clouds.

The video shared on 3AW shows the cyclist trying to skip traffic by riding between the lanes until he rammed into a helpless pedestrian on Racecourse road in Flemington on Saturday.

The elderly man was hovering on one side of the road and after being given a signal from the driver in a stationary black car, he quickly crossed the road unaware of a cyclist on his far left.

The cyclist failed to see the elderly man and in one sweeping moment the two smash into each other and fall from the impact.

While the elderly man didn’t use a pedestrian crossing, it was the cyclist’s responsibility to give way to him.

‘You must also give way to pedestrians even if there is no marked pedestrian crossing if there is any danger of colliding with them’, according to Transport road and maritime services.

The man left with cuts and grazes, 3AW reports. The cyclist’s condition after the accident is not known. 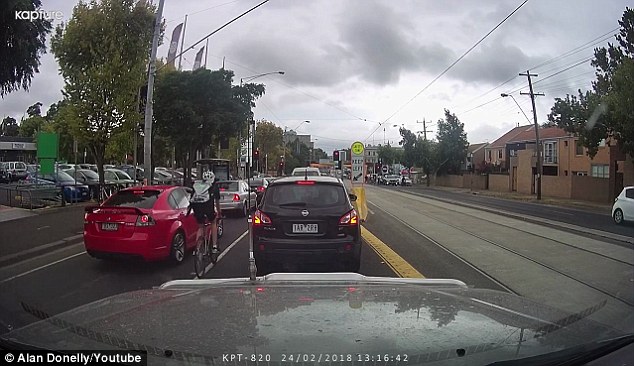 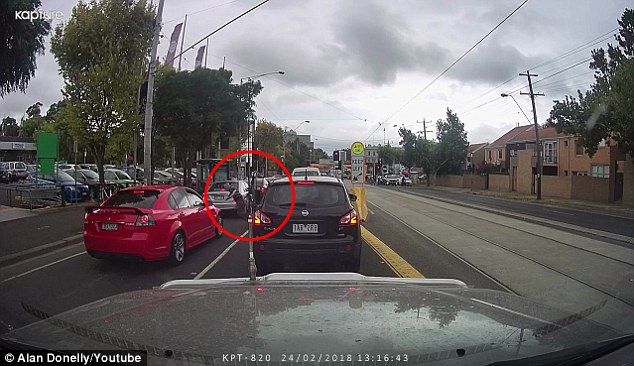