A cheeky motorist has taken a jab at millennial car thieves for their apparent inability to use a manual transmission.

The Victorian driver wrote a series of messages onto their vehicle that joked the manual transmission now acted as a ‘millennial anti-theft device’.

The image shared to Instagram community page Brown Cardigan also showed messages that criticised NSW Police for its controversial use of strip-searching.

The community page labelled the driver a ‘Melbourne boomer’ who was making jokes at a common millennial stereotype.

Only 9.2 per cent of drivers who purchased a new car or commercial vehicle in 2018 chose a manual transmission, according to the Federal Chamber of Automotive Industries. 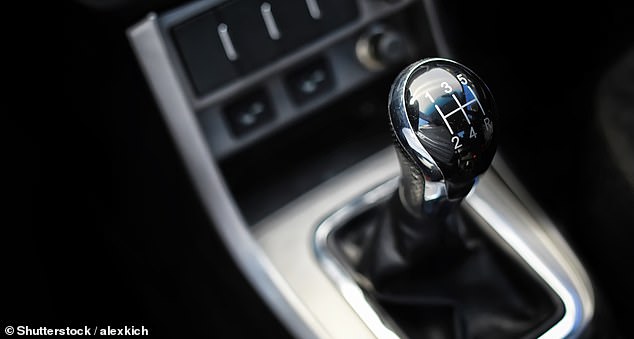 Only 9.2 per cent of drivers who purchased a new car or commercial vehicle in 2018 chose a manual transmission

Many younger people were quick to respond to the claims with the dismissive slogan ‘ok boomer’.

‘Someone give this old guy a hug,’ another said.

Other people agreed with the driver and said the amount of young people who can’t drive a manual car was worrying.

‘I was trying to sell my HiLux last year, the amount of young fellas who looked and then said I can’t drive manual was actually surprising, this guy kind of has a point,’ a man said.