A victim of a brazen hit-and-run was astonished to discover a vital clue left on their car which could help lead police to the offender.

Melbourne grandfather Cedric was stopped at traffics lights with his wife in Coburg, 8km north of the CBD, when another vehicle crashed into the back of their Toyota Camry, leaving it written off.

When the 70-year-old attempted to speak with the culprit, he sped off in the hopes of avoiding financial consequence – but little did he know, he left one very important detail imprinted on the back of Cedric’s car.

Melbourne grandfather Cedric was stopped at traffics lights with his wife in Coburg, north of the CBD, when another vehicle crashed into the back of their Toyota Camry, (pictured) leaving it written off 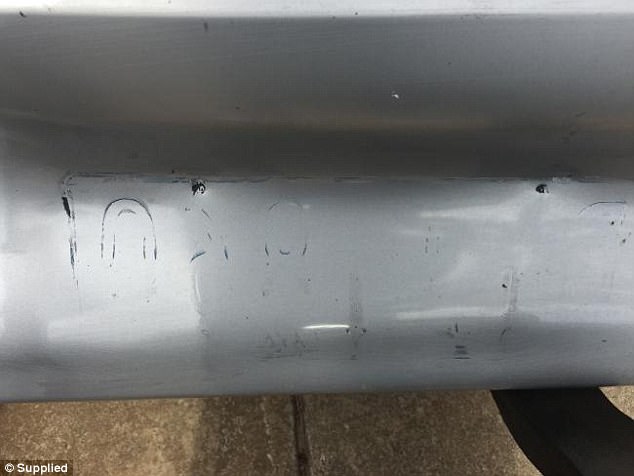 The hit-and-run driver smashed into the rear of the victim’s car so hard that he inadvertently left an imprint of his number plate in full view.

It was only after reporting the incident to police on December 5 that Cedric noticed the smoking gun left on his bumper bar.

‘The policeman was just laughing. He had a look at it and said: “I have never had this experience before”. I just hope they catch the driver. For him to run away – it’s just terrible,’ Cedric told the Herald Sun.

‘To me, it looks like he was either on his mobile phone or looking down – he didn’t even brake. He must have hit me with so much force for that to be stamped on to the bumper bar.’ 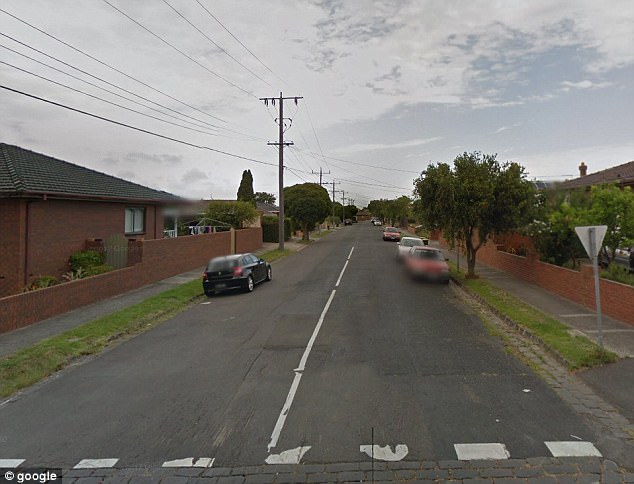 The registration appears to have the numerals ‘860’ and the first letter of the license plate looks to be a ‘P’.

The offending vehicle is described as a blue 4WD and was last seen speeding down Mayfield Street in Coburg.

Anyone who may have witnessed the incident or has further information is urged to contact Crime Stoppers on 1800 333 000 or submit a confidential report at www.crimestoppersvic.com.au.