A devoted husband has opened up about his wife’s brave battle with cancer and the terrifying moment she suffered a stroke while saying goodnight to her daughter.

Au Van Der Zalm’s health problems first started in 2017 when she was diagnosed with cervical cancer.

The 38-year-old mother from Melbourne underwent a hysterectomy to remove the cancer but a year later they found out it had spread to one of her lungs.

Then during the height of the Covid pandemic last year Ms Van Der Zalm was tucking her six-year-old daughter Emme into bed when she suffered a stroke – leading to the devastating discovery of tumours on her brain.

Au Van Der Zalm’s battle first began back in 2017 when she was diagnosed with cervical cancer. Au is pictured right with her daughter Emme and husband Dan

She is now undergoing radiotherapy to give her as much time left with her young family as possible.

‘My wife is the most amazing person in the world – she’s so happy and caring,’ Ms Van Der Zalm’s husband Dan told Daily Mail Australia.

‘She keeps saying ”I’m going to beat it”, we know she isn’t, but she stays positive.’

After her first operation in 2017, Mr Van Der Zalm said the family were hopeful that would be the end of their terrifying ordeal.

It wasn’t until Ms Van Der Zalm’s stroke that they found out the cancer had spread. 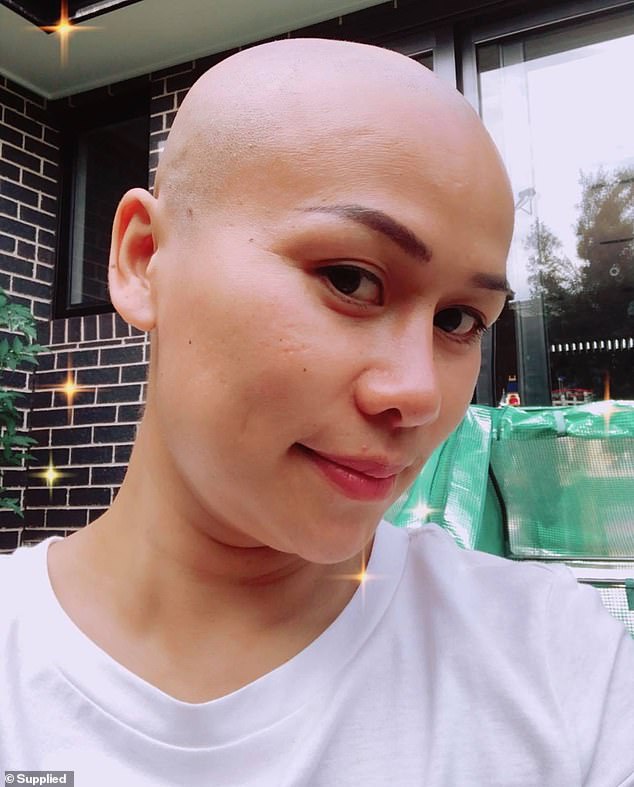 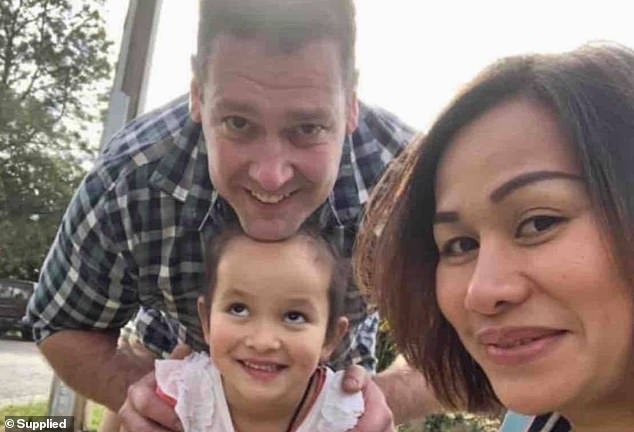 ‘I was downstairs and she was putting Emme to bed when I just heard a thud,’ an emotional Mr Van Der Zalm said.

‘I went racing upstairs and she was on the ground, my daughter was beside herself.’

To make matters worse, her stroke happened in the peak of Melbourne’s Covid-19 lockdown so when his wife was raced to hospital, Mr Van Der Zalm had to stay at home.

He recalled the horror of having a surgeon explain to him over Zoom what procedure he was about to perform on his wife’s brain.

‘We didn’t know if she was going to leave the operating table,’ he said.

It was during surgery that surgeons found three tumours on her brain and she underwent surgery to have them removed.

But five weeks ago the family were hit with even more devastating news – the tumours had grown and Ms Van Der Zalm now has seven scattered around her brain. 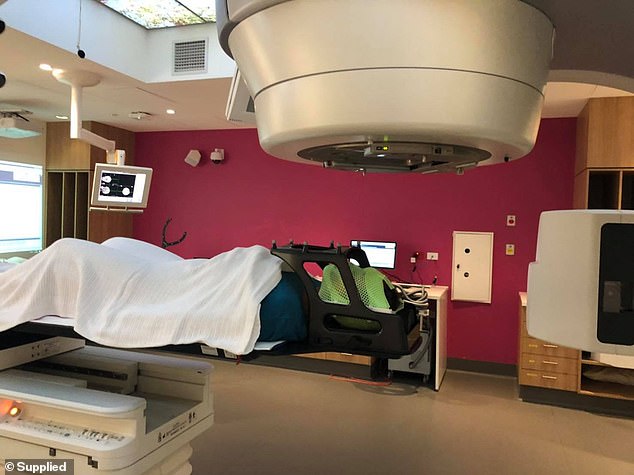 The family have been told the beloved wife and mother may have just a year to live.

‘I feel so sorry for my daughter, she’s spent the last five years thinking hospital visits and medical appointments are normal and no little girl should have to go through that,’ Mr Van Der Zalm said.

Dan has since become his wife’s full-time carer, putting his job as a mechanic on hold, but the medical bills have ‘exhausted’ all their savings.

He said he was constantly in awe of his ‘selfless’ wife who even after surgery last year would cook up several meals to drop off to the staff at the hospital.

‘She’s just so positive, she’s braver than I am,’ he said.

A GoFundMe page was recently set up by a close friend of the family, Samantha Grant, to help cover their medical bills.

‘My friend had approached me awhile ago about setting it up but I’m a pretty humble person so I said no,’ Mr Van Der Zalm said.

‘But when we got those last test results, she just said ”I don’t care, we’re doing this to give you as much time with her as possible.”’

The fundraiser has garnered close to $15,000 – something Mr Van Der Zalm has struggled to comprehend.

‘It sounds silly but seeing all the strangers who have donated has inspired me that humanity can still be at its best,’ he said.

‘It’s overwhelming for me, I’ve never been through something like this so it’s nice to know I’m not alone.’

The mother has undergone intensive radiation therapy for the past two weeks and will have another MRI scan on her brain in about a month’s time.

Mr Van Der Zalm said the family are ‘praying for a miracle’ and hope if anything her story will encourage others to get regular health checks.

‘If my wife’s story can prompt just one other person to get tested that’s a good outcome,’ he said.

‘Nobody should have to go through what we have.’ 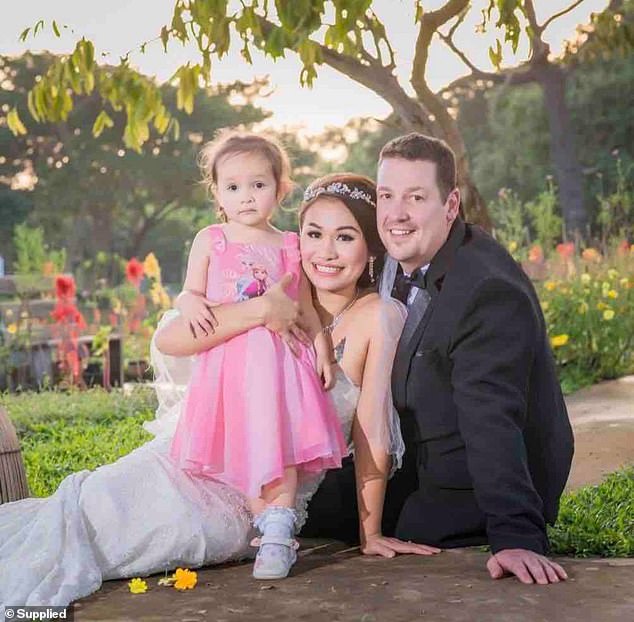