A mother who died from Covid-19 after spending ten days in an induced coma has been remembered as an ‘amazing friend’ who always helped those in need.

Helena Sykes, 55, and her son Mounir Merai, 17, caught the virus four weeks ago while Melbourne was in the grips of a Delta outbreak during the city’s sixth lockdown.

The pair had made plans to get the Covid-19 vaccine but were both yet to receive their first dose.

As her condition deteriorated she was rushed to hospital, but she sadly lost her battle with the disease during the early hours of Sunday morning.

‘She was an amazing mother and a great friend who would always help others and fulfil their needs and support them,’ Mounir told Daily Mail Australia.

‘She cared for me and always put me first before anything.’

Helena Sykes, 55, (pictured) died at 4.30am on Sunday morning in a Melbourne hospital after a five-week battle with Covid-19

Mounir had been living alone with mother in a public housing unit in Princes Hill after his parents separated amicably when he was a child.

After contracting the virus, his coughing attacks became so severe the pair called an ambulance – but when it arrived, paramedics realised his mother was seriously ill and instead took her to hospital.

She was soon placed into the ICU unit but after 10 days her body could no longer fight – and doctors made the devastating call to Mounir’s dad Frank at 4.30am Sunday to say she had passed away.

Mounir recalled the last few hours he spent with his mother in hospital before she died in a heartbreaking post on Facebook.

‘While my mum was in her bed I told her “I love her so much” and how much she meant to me as a mother and to others as an amazing friend.

‘After I told her this there were tears in her eyes.

‘[Mum] you will always be in my heart words can’t describe the pain I’m going through right now I wish we were able to talk one more time.

‘We will meet in heaven again mum.’ 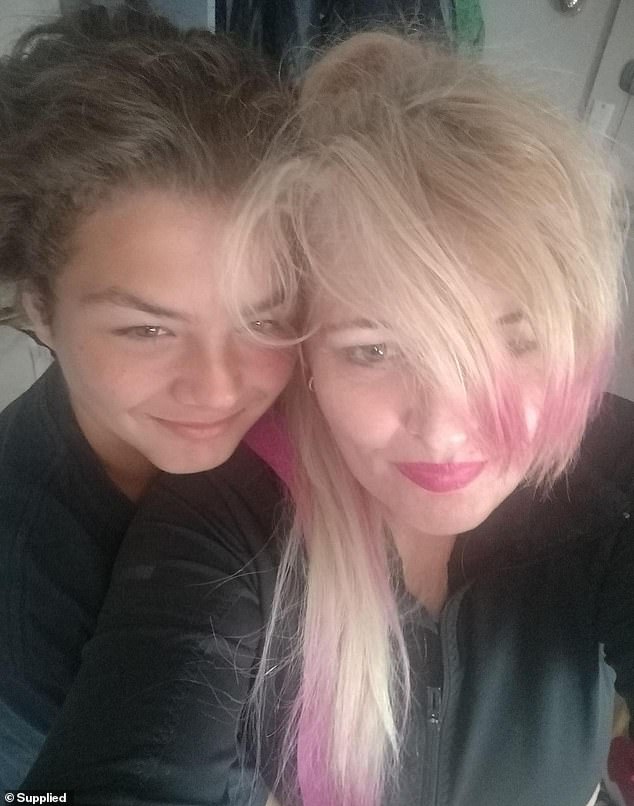 The North Carlton community has rallied around the Year 11 student as he faces daunting task of a future without his mother and finishing high school.

His school Princes Hill Secondary College and local community organisation Railway House have set up a GoFundMe page to help support Mounir financially and help him and his father Frank cover the costs of Ms Sykes funeral.

The funds will go towards Mounir’s living expenses over the next few months, including rent, bills, food, school fees, and other costs, until other housing arrangements can be made.

The fundraiser has already surpassed its $8000 goal, with more than $15,000 raised within the first 18 hours after it was launched on Monday.

Born in France, Ms Sykes moved to Perth when she was three, later settling in Melbourne where she opened a jewellery store and had Mounir and his older brother Jay.

After they were born, she closed the shop to focus on raising her two sons before suffering major injuries in later years that prevented her from returning to the workforce.

Mounir’s brother, who lived with a disability, tragically passed away as a young adult, with his mother’s death leaving him and his Syrian-born father without any other relatives in Australia. 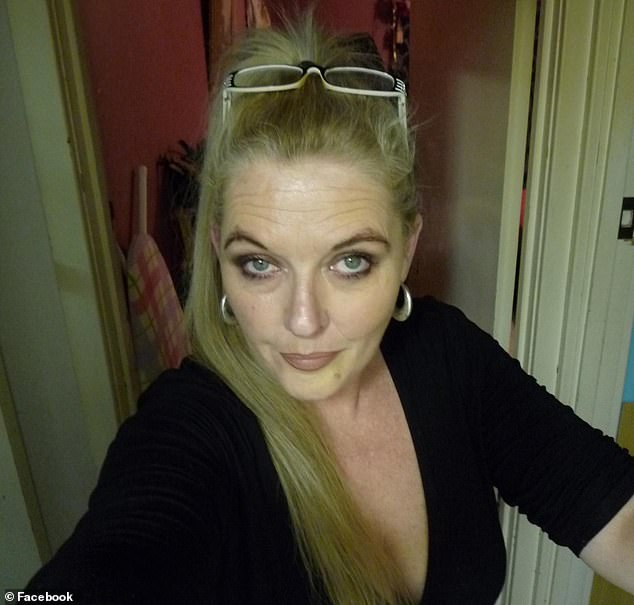 Ms Sykes, a French national, migrated to Australia as a child and grew up in Perth

Tributes have begun pouring in online for Ms Sykes from loved ones and relatives abroad, who have remembered her as a ‘passionate mother’ and ‘diamond’.

Frank and Mounir, who have now had Covid vaccines, are urging others to take the public health crisis seriously and roll up their sleeves.

‘Coronavirus is serious. It is deadly – and it is the biggest health emergency we have faced since we have been alive,’ Mounir said.

Mounir reminded others to value every minute with they spend with loved ones and thanks those who had offered him support during this difficult time.

‘Please always appreciate your loved ones and don’t take anything for granted because life is short.

‘You don’t know how much you need your loved ones until they’re gone.’ 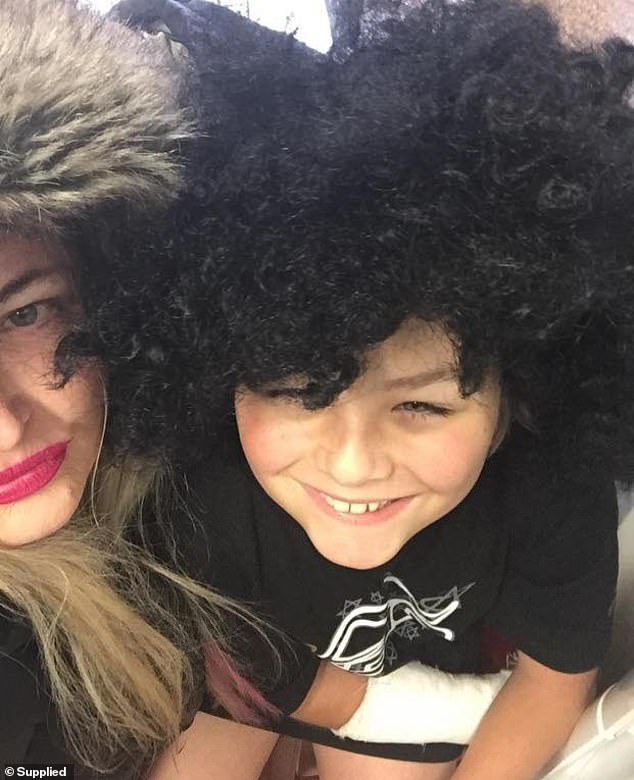 The 17-year-old is pleading with others to roll up their sleeve to get the Covid-19 vaccine. He is pictured with his mother as a young child