A mother who was diagnosed with an aggressive form of cancer after giving birth to her child has resorted to costly alternative therapies to try and beat it.

Melbourne mum Rachel Dur has just months left to live after she was diagnosed with breast cancer in 2021.

Ms Dur has exhausted conventional treatment and resorted to spending $500,000 on alternative treatments like high-dose vitamin and turmeric infusions.

Hyperbaric chambers, hyperthermia treatment and immunotherapy are among the treatments she has trialled with signs the growth of her cancer is slowing.

The desperate act comes after Ms Dur was initially misdiagnosed by doctors at a US hospital.

Ms Dur had moved to Silicon Valley in California, in the US, to work as an investment director in 2019, Herald Sun reported.

She had fallen pregnant with her partner Onur Dur and noticed a lump in her breast in the early stages of pregnancy.

Ms Dur visited a doctor at the medical centre who told her the lump was a symptom of pregnancy hormones.

She then gave birth to her son Ashton on January 9, 2021 when a lactation consultant discovered the lump and advised her to see another doctor.

Ms Dur was given a breast cancer diagnosis 13 days later with the doctor revealing it had spread to her lungs and liver.

Doctors started her on chemotherapy and radiation and surgeons performed a lumpectomy to remove the tumour.

Ms Dur was then given the terrifying prognosis that she had 12 months left to live from August 2022.

She returned to Melbourne in December and is receiving palliative care through Cabrini hospital.

Her twin sister Samantha Gomizel said Ms Dur was resilient and fighting the cancer to her very last breath. 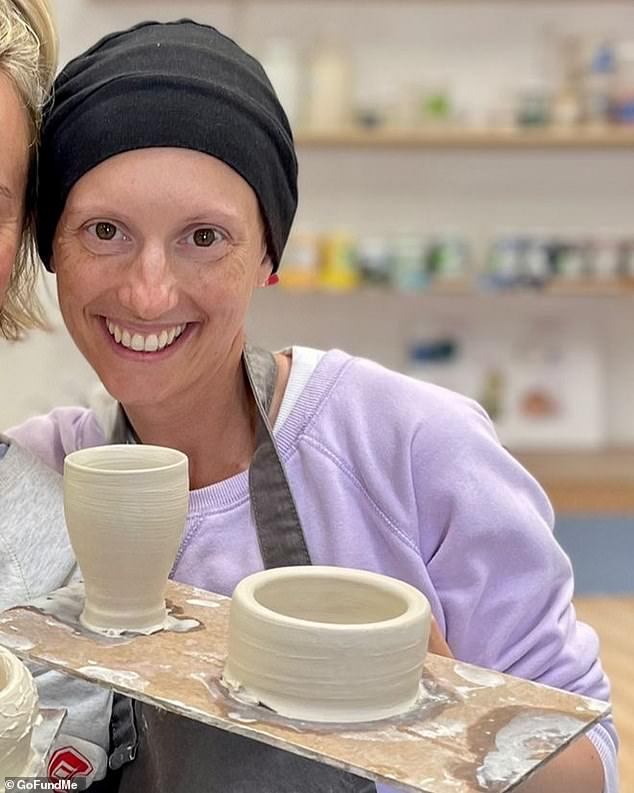 ‘She’s like the Sherlock Holmes of her own cancer, trying to solve the puzzle,’ she said.

Ms Gomizel said cancer had become a ‘teacher’ to her sister as she continued to search for alternative forms of treatment.

Ms Dur has already started to come to terms with her terrible diagnosis and has started writing emails to her son so he can read them when he is older.

Ms Gomizel has kickstarted a GoFundMe campaign to raise the money necessary for her sister to continue her course of alternative treatment.