A former gambling addict is suing Melbourne’s Crown Casino after losing thousands of dollars on a game she claims is deliberately designed to cheat players.

Shonica Guy has also launched legal action against slots manufacturer Aristocrat, the maker of a poker machine she claims stole 14 years of her life.

The lawsuit alleges the design of the Dolphin Treasure poker machine means players are likely to be misled or deceived about their chances of winning.

The landmark trial will start in the Federal Court in Melbourne on Tuesday. 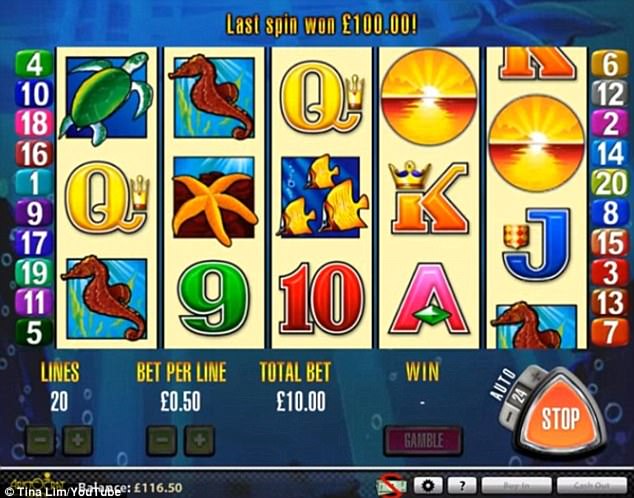 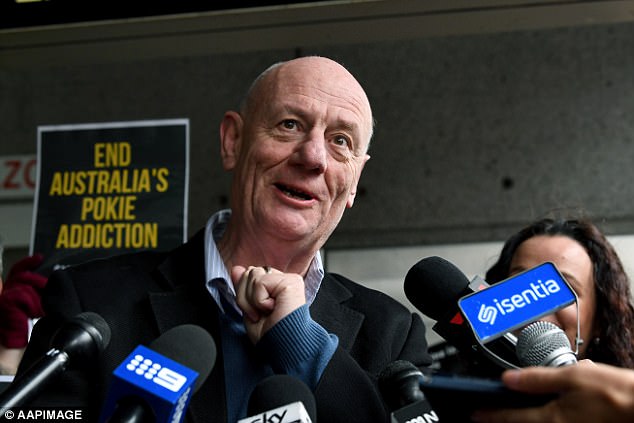 Law firm Maurice Blackburn is representing Ms Guy, and the lawsuit is also supported by the Alliance for Gambling Reform.

Anti-gambling campaigner Tim Costello said Australia’s gambling industry was as powerful as the US gun lobby.

Mr Costello said the gambling industry in Australia was the most powerful in the nation and state governments were too reliant on its donations and revenue.

‘I believe the gambling industry in Australia is equivalent to guns in America,’ he told reporters outside court on Tuesday, noting that 20 per cent of the world’s pokie machines are Down Under.

‘They are the equivalent of the National Rifle Association in Australia. That’s why we have the greatest number of problem gamblers bar no country in the world, because of the power of this industry.’

Ms Guy is seeking an injunction banning Crown from operating Dolphin Treasure or any machine with a similar configuration.

She also wants Aristocrat Technologies banned from supplying the machine or anything similar to Crown ‘or any other gaming venue within Australia’.

Psychology and gambling disorder experts are expected to give evidence during the 14-day trial before Justice Debra Mortimer. 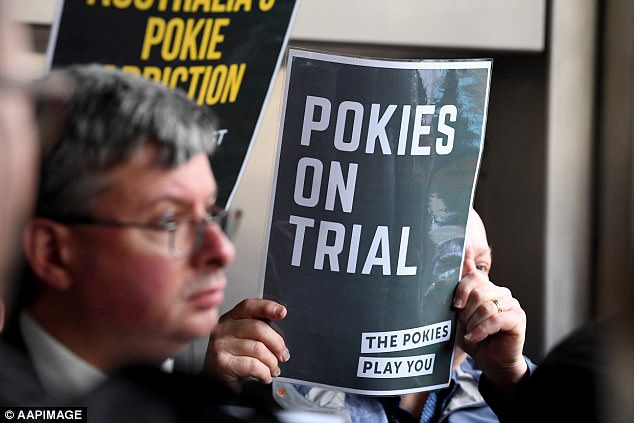 ‘Pokies on trial. The pokies play you’: Protesters hold banners in support of Ms Guy outside court 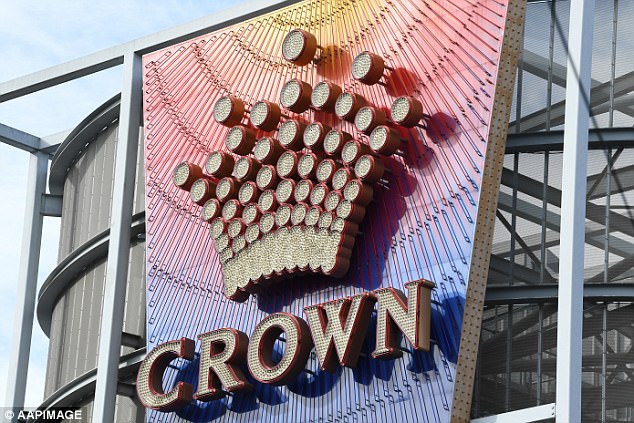 Maurice Blackburn’s head of social justice, Jennifer Kanis, told the ABC Ms Guy was not interested in seeking damages after her decade-long addiction.

Ms Kanis said the lawsuit was about exposing the industry’s alleged deception.

‘Firstly, what you see is not what you get when you play a poker machine. You see five reels spinning, you think that they are all the same size, but in fact the fifth reel is much larger than the first four. This dramatically decreases your chances of winning,’ Ms Kanis said.

Peter Gray QC told the court that gamblers were fed a misconception that they were entitled to a return of 87 per cent on the machines, which he descriped as ‘very risky and very dangerous’ for gamblers.

Aristocrat and Crown Casino deny the allegations and will fight the claims in court. 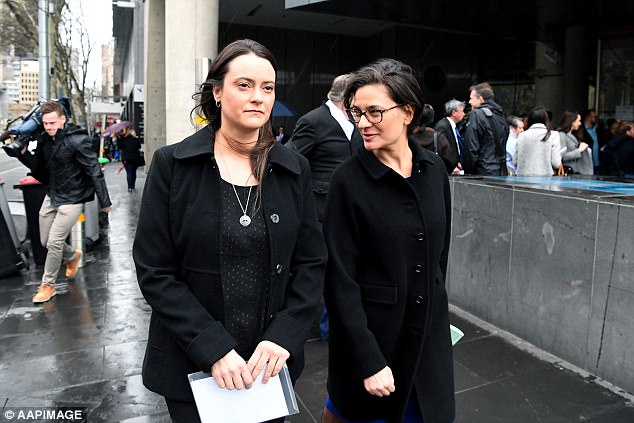