‘It’s not the time to think about playing next year’: Cameron Smith refuses to rule out retirement after disappointing grand final loss

Melbourne skipper Cameron Smith has refused to rule out retirement following a crushing 21-6 grand final loss to the Sydney Roosters.

The Storm captain did little to quell speculation over whether Sunday’s game would be his last in his post-game press conference, having hinted last week his place in the team for 2019 was up in the air.

He is expected to make a decision on his future next month, having fielded questions over his plans for next season repeatedly throughout this year.

When asked about his future plans, the hooker said he wanted to take some time to reflect on what he had achieved this year and spend time with family.

He said: ‘For me it’s not a time or moment to think about my playing situation next year – I’m going to take a bit of time to put my feet up.’

‘It’s been a difficult year, no doubt about that.

‘We’ve had to overcome a lot of challenges this year – that’s really all I’m thinking about. I’m going to take a bit of time to put my feet up and enjoy the next few weeks with my family. 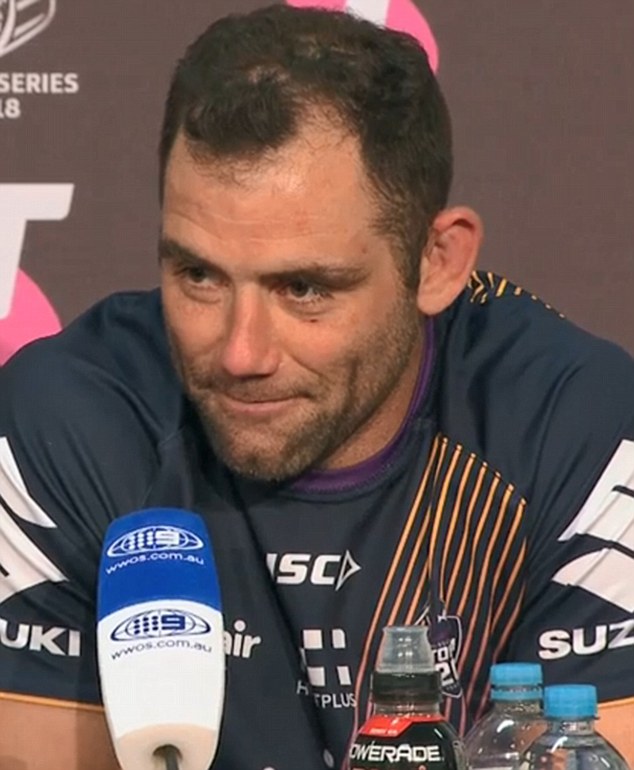 Having hinted last week his place in the team for 2019 was up in the air, Smith refused to quell speculation about his future – saying he was going to take some time off to spend with family and put his feet up before making a decision

Smith was the only player to enter the Grand Final without a contract for next season.

His coach Craig Bellamy said it was up to club executives to make sure he is around in 2019.

He said: ‘He is is such an important player and has plenty left in him – It’ll be up to the hierarchy to sort that out.’

The Storm coach added confidently he believed Smith would be the first player to reach the 400-game mark in NRL history.

Bellamy will have to cope without the services of fullback Billy Slater next year, who was given a hostile send off at ANZ stadium after his suspension for the Grand Final was overturned by an AFL judiciary.

Smith had previously indicated he wanted to go for the illusive milestone of playing 400 first-grade games by playing on for another season. 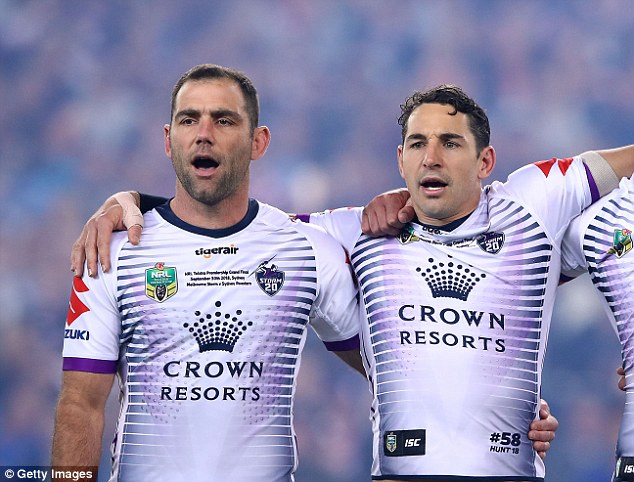 Storm coach Craig Bellamy, who will have to cope without the services of retiring fullback Billy Slater (right) next year, said he hoped Smith (left) and the club could reach a new deal before the start of the 2019 campaign