Melbourne’s very own ‘White House’ sells for a whopping $11.5million

A multi-million dollar mansion resembling the White House in Melbourne’s affluent suburb of Toorak has sold for an exorbitant $11.5million to a local family after more than 140 groups inspected the property.

The 1,158-square-metre block fitted with personal lifts, a six-car garage, indoor lap pool, billiards room and a flood-lit tennis court was anticipated to be sold for $9-9.9million, but exceeded expectations by nearly $2.5million.

The buyers, a local couple with two children, ‘just loved the grandeur’ of the house, Mr Booth said. 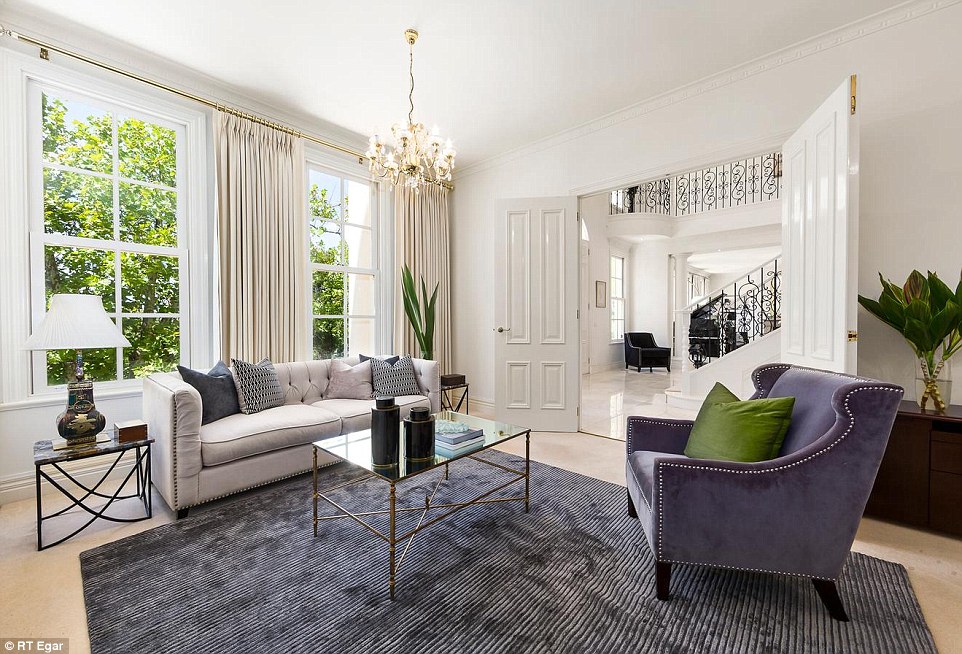 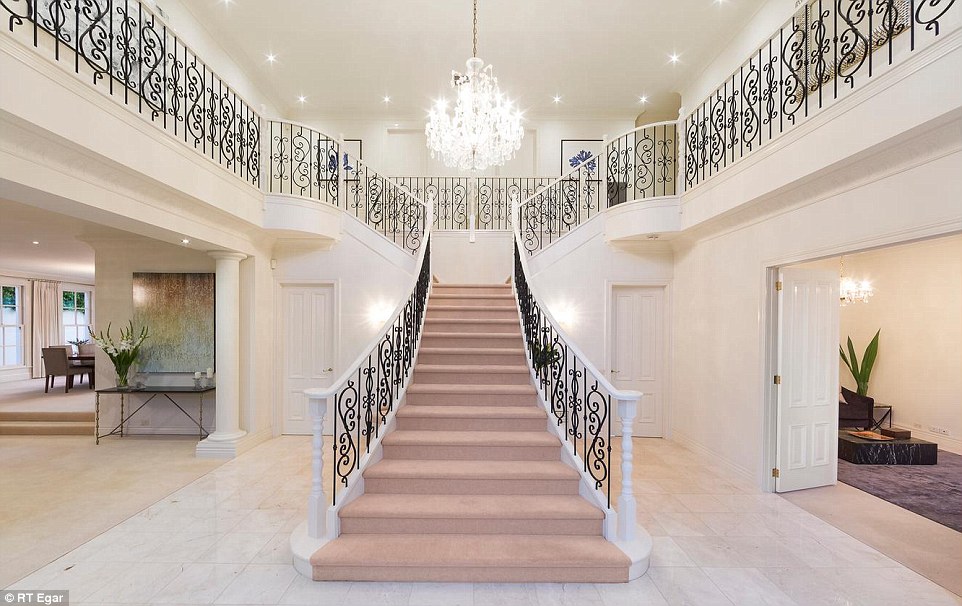 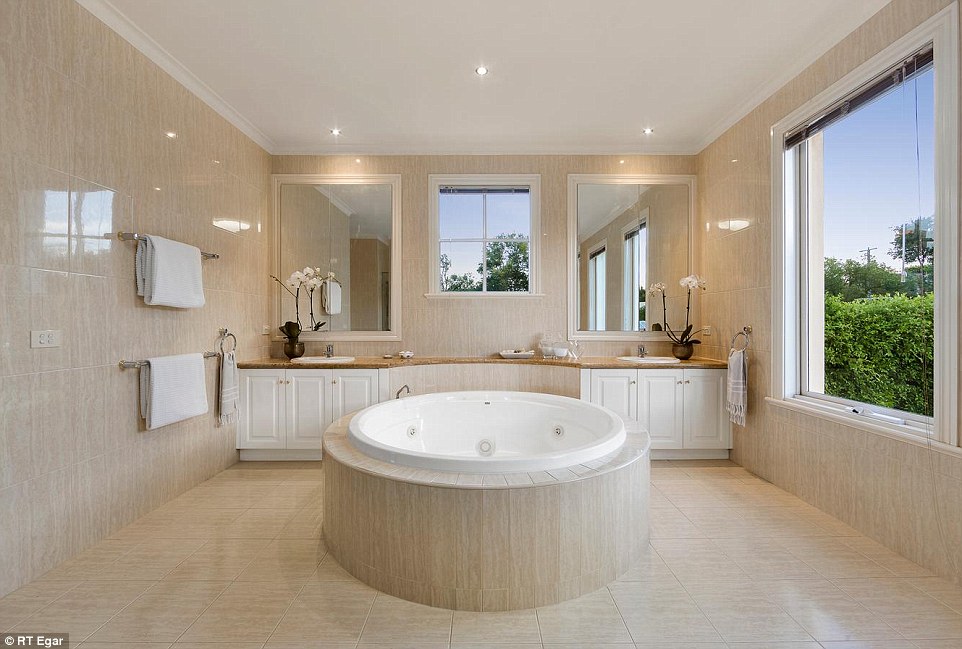 Home goals: One of the spa ensuites in the Toorak multi-million dollar mansion featuring his-and-hers bathroom sinks and mirrors

The three-storey presidential pad is still a bargain compared to Trump’s White House, which is valued at $400 million.

Although the previous homeowner never intended his house to resemble the U.S. president’s official residence, he did want it to be a ‘landmark’, the real estate agent said.

The five-bedroom, five-bathroom mansion is relatively new and was only built in the early 2000s.

A grand staircase complemented with huge crystal chandeliers hanging from impressively high ceilings awaits its guests at the entrance. 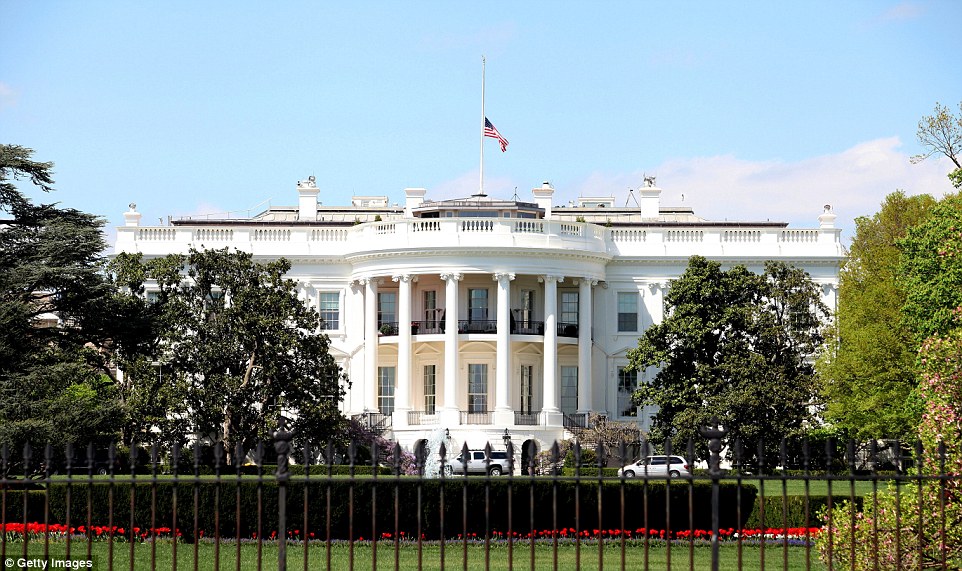 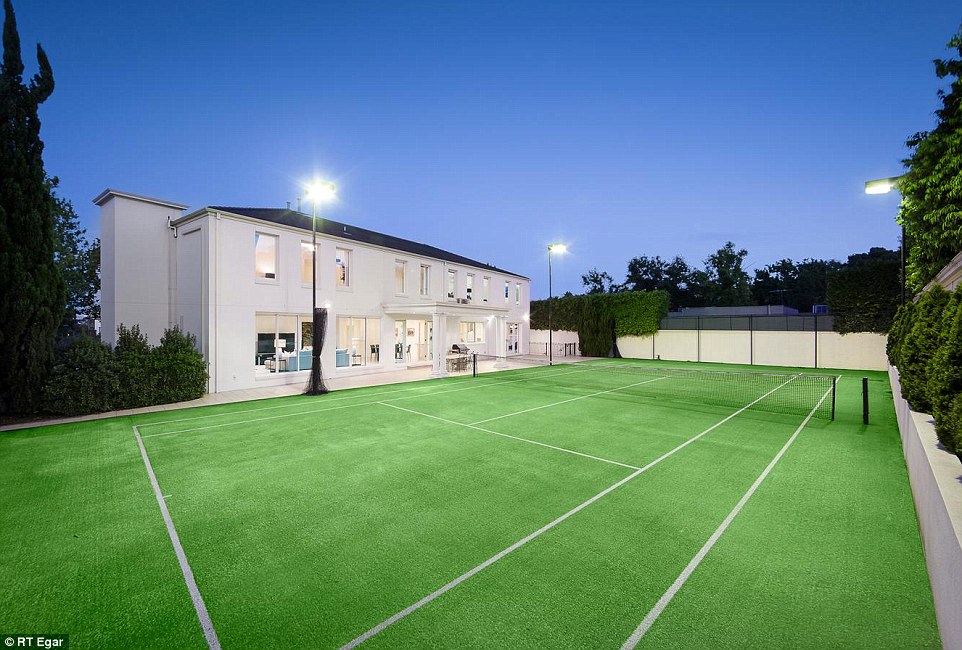 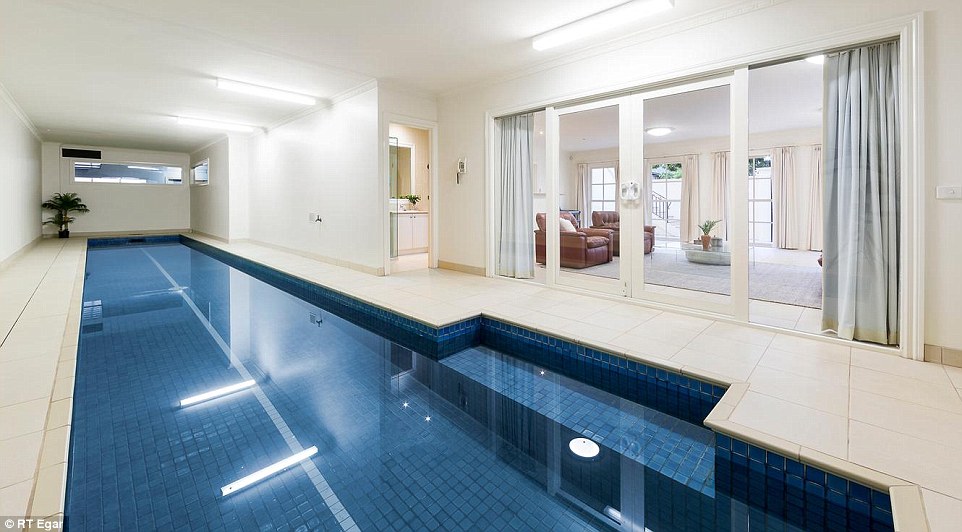 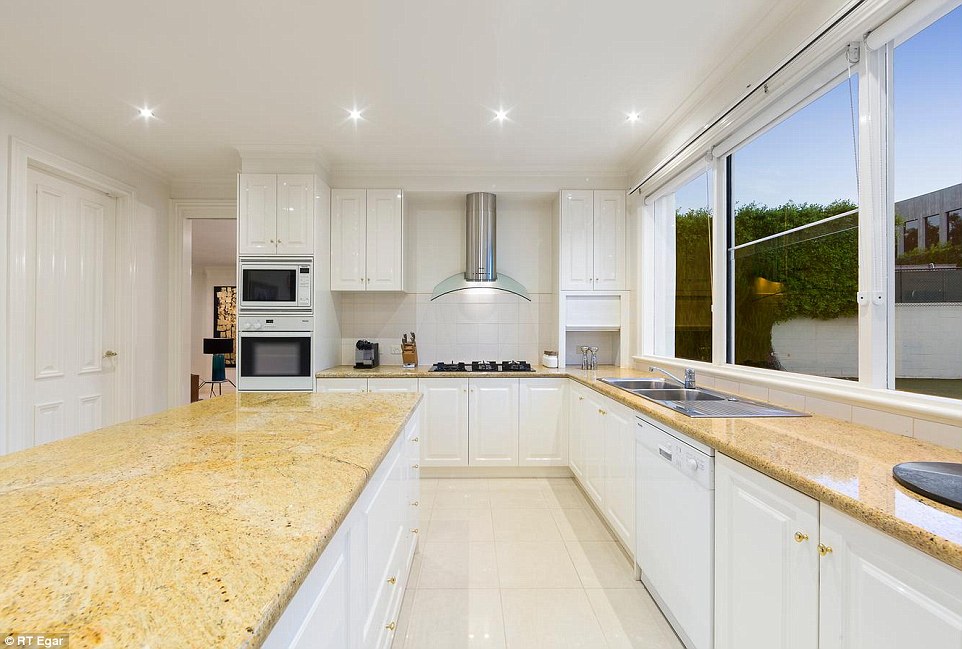 The imposing mansion is on 53 St Georges Road which houses some of Melbourne’s priciest real estate.

Houses like this one are in demand in the area, with many families willing to spend ‘well over $20 million’, Mr Booth revealed.

The problem seems to be there is not enough available housing to meet the demand.

‘I’ve got all the buyers, I just don’t have any stock,’ Mr Booth explained.

Just last year a house down the road at 18 St Georges Road sold for a whopping $40 million – the highest record price in Victoria at the time. 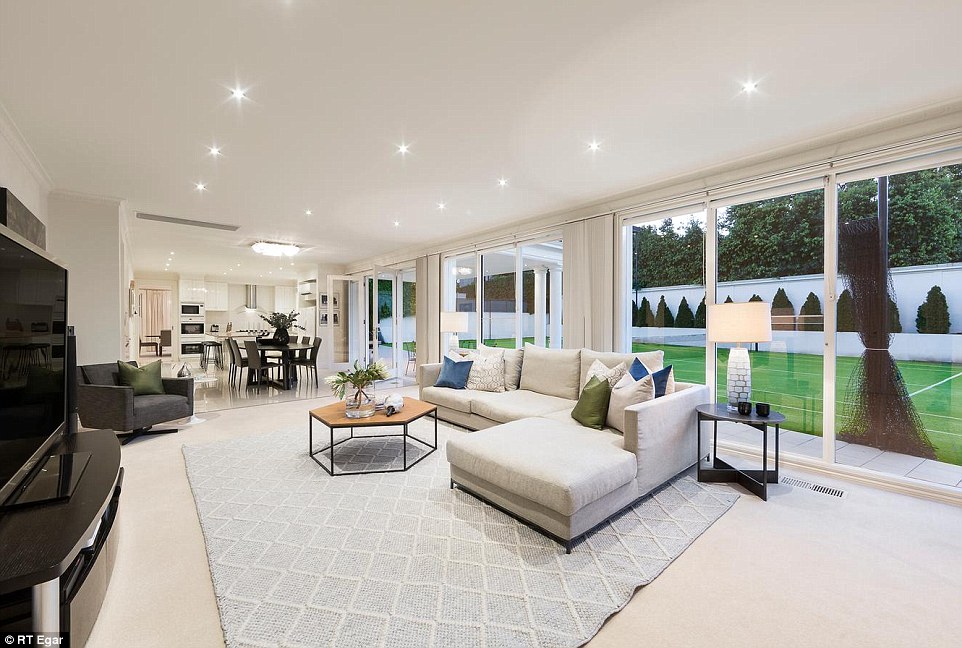 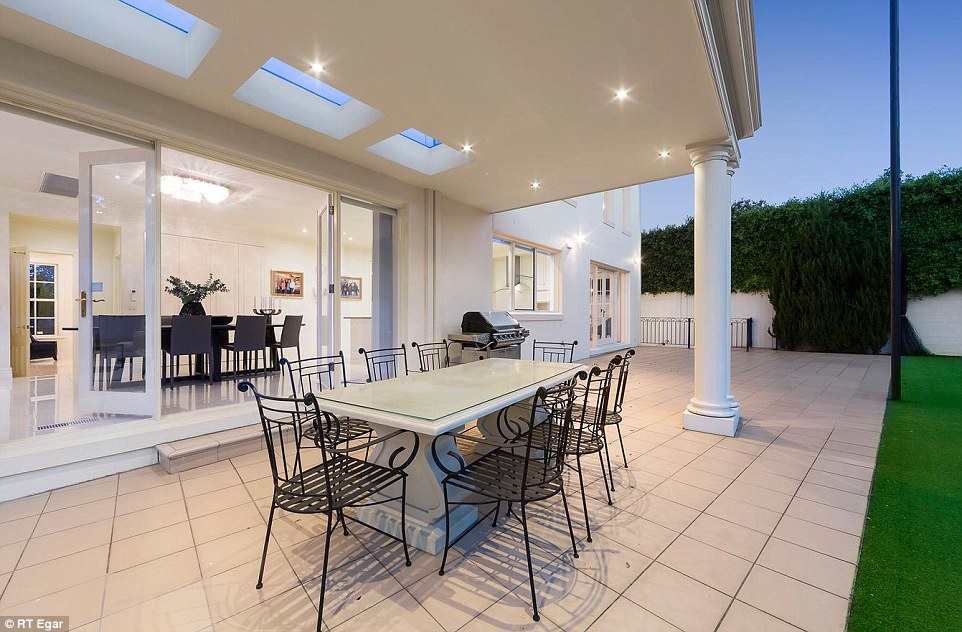 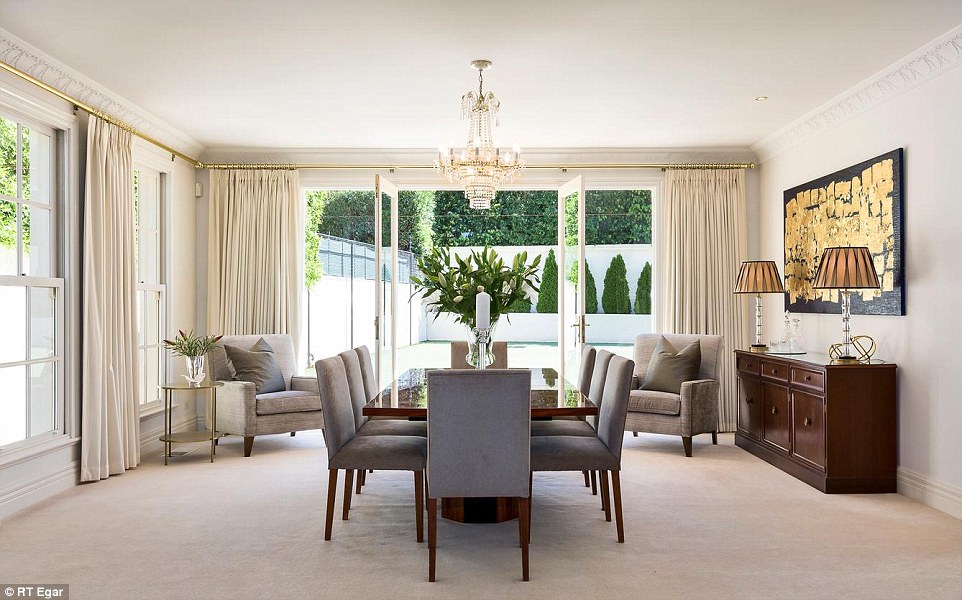 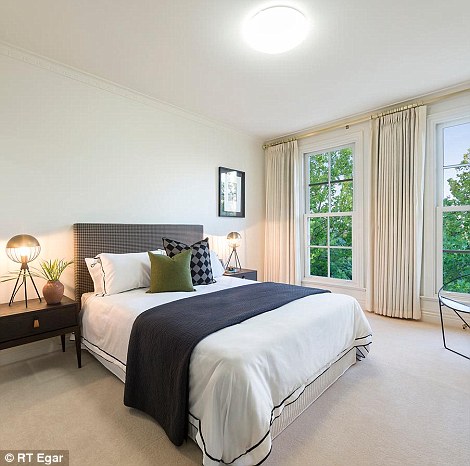 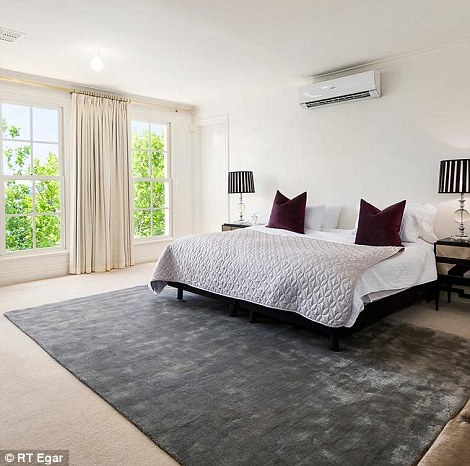 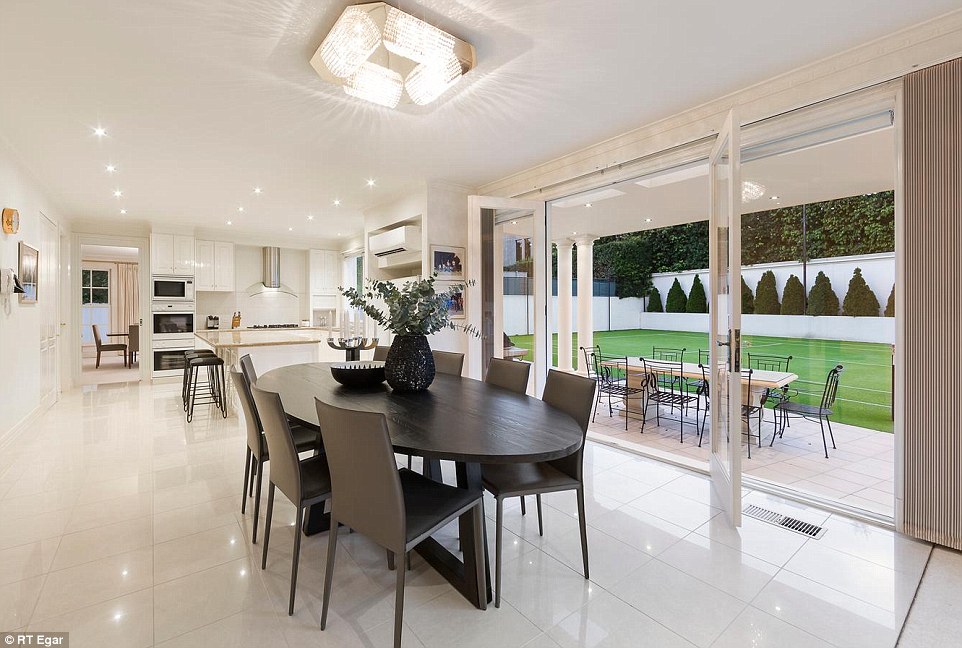 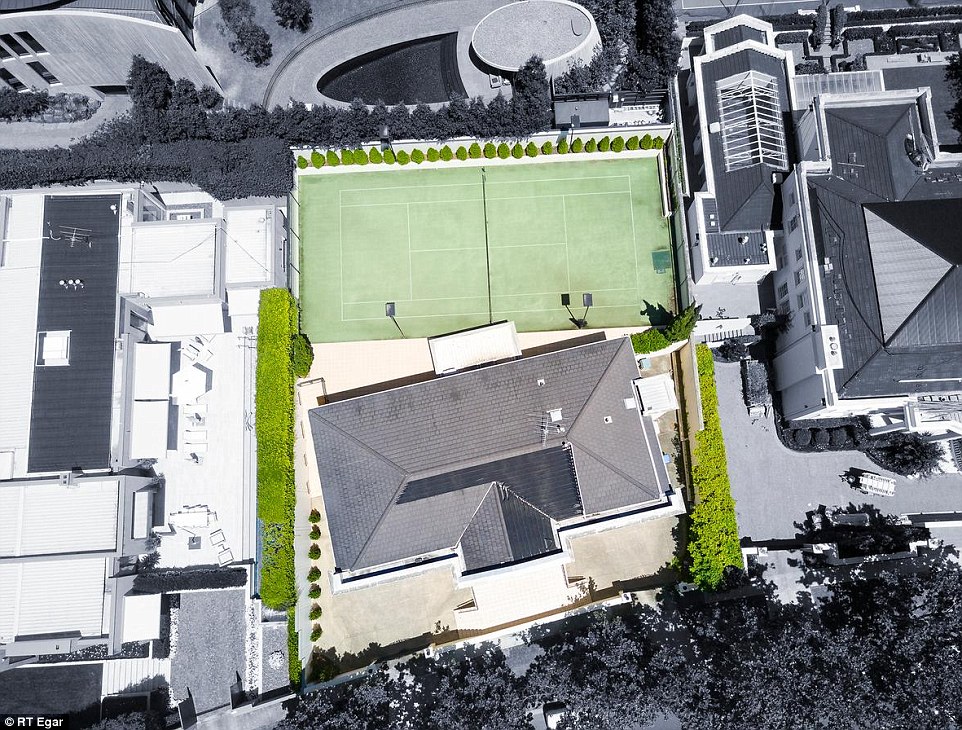 The 1158 square metre block sold for $11.5 million which is a bargain compared to Trump’s $400 million White House