She branched out into a sky-rocketing career in television after starting out as a busty model and Page 3 girl.

And Melinda Messenger, 47, proved her beauty stood the test of time on arrival at the Apollo Victoria Theatre to celebrate 12 years of Wicked, in London on Wednesday.

The former glamour model and Page 3 girl looked youthful in her canary yellow midi dress which gave the stars at the bash a good sneak peek at her legs.

Blooming lovely: Melinda Messenger, 47, looked youthful in her summery yellow midi dress as she joined Charlotte Hawkins, 43, at the Wicked bash, in London on Thursday

Flowers in blue and pink were scattered across the flowing number which picked out the shade of her peep-toe heels.

Melinda enhanced her modelesque good looks with heavy defining touches of make-up and a slick of red lipstick. 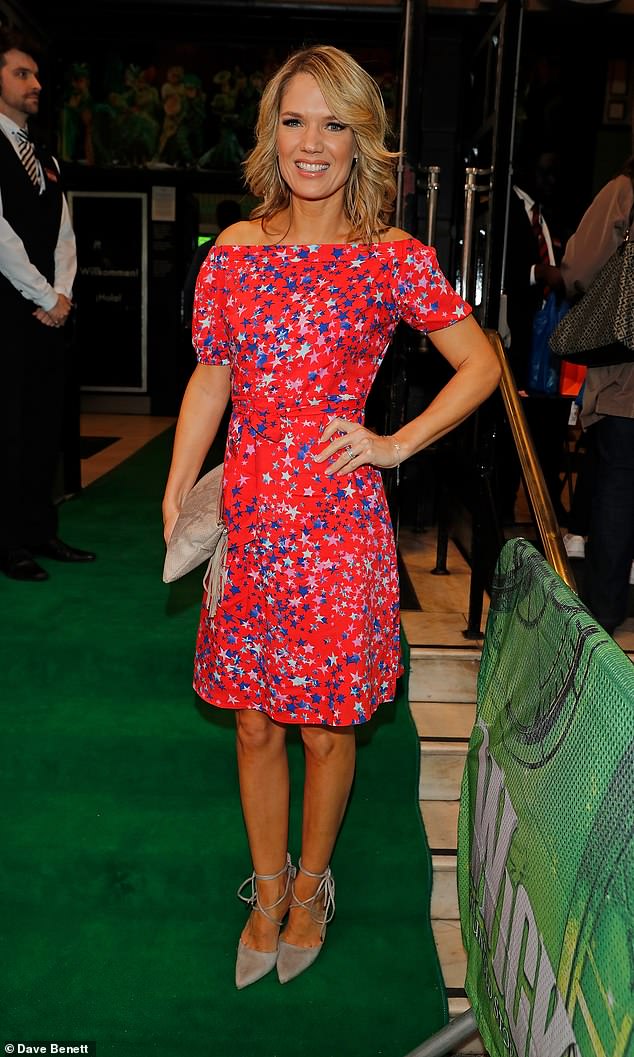 Looking magical! Charlotte Hawkins looked out of this world in her star-print dress with a sweeping neckline to accentuate her ample bust 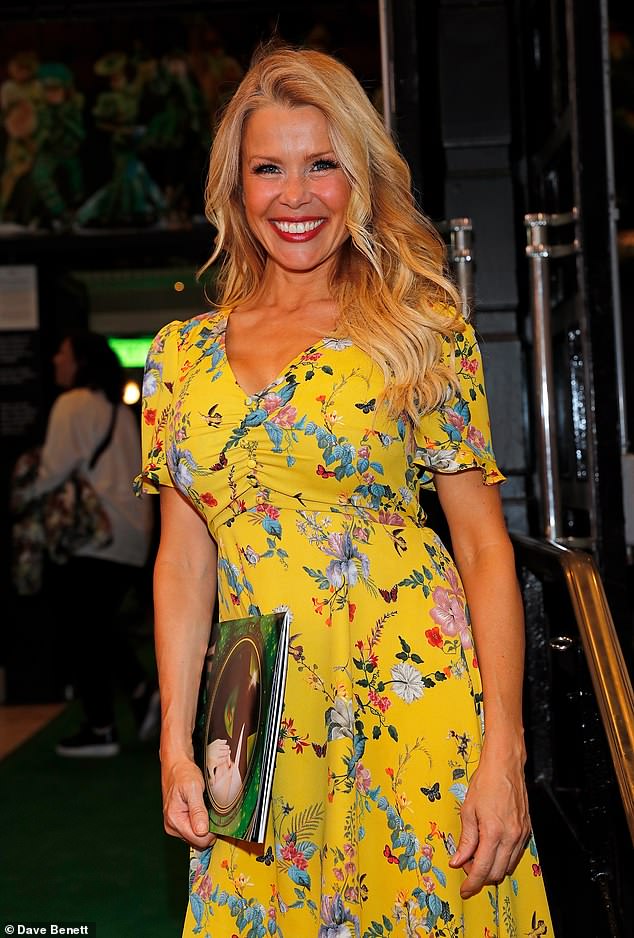 Beautiful blonde! Melinda enhanced her modelesque good looks with heavy defining touches of make-up and a slick of red lipstick

Charlotte Hawkins looked out of this world in her star-print dress with a sweeping neckline to accentuate her ample bust.

The Good Morning Britain star accessorised with a stone coloured clutch bag and lace-up stilettos in the same shade.

Wicked is a retelling of the famous story Wizard Of Oz which re-imagines the evil witch in the original as the heroine Elphaba of the adventure. 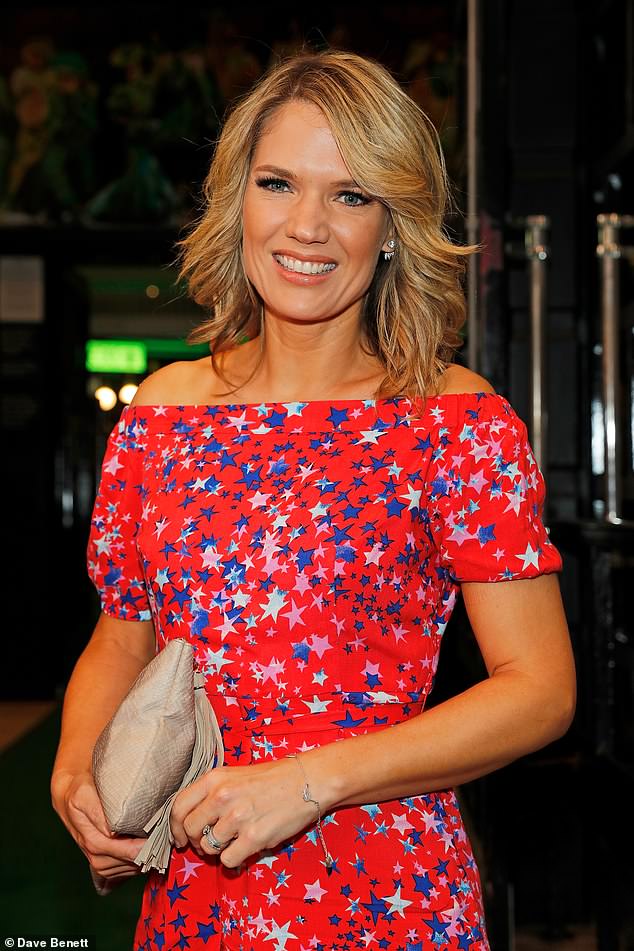 How to accessorise: The Good Morning Britain star accessorised with a stone coloured clutch bag which picked out the colours of the stars on her dress

Dramatically different: Suzi Perry looked stunning in her scarlet midi dress as she joined Claire Sweeney, who power dressed in her mustard suit

A few months ago, the now-47-year-old revealed she regrets getting a breast enhancement in her twenties.

The TV presenter and former Page 3 girl went from a C cup to a DD cup aged 24 in a bid to ‘feel more like herself’ but now wishes she’d realised she did not need surgery.

In July, Melinda also questioned why breasts hold ‘so much power’ in society during an interview on BBC Radio 5 Live. 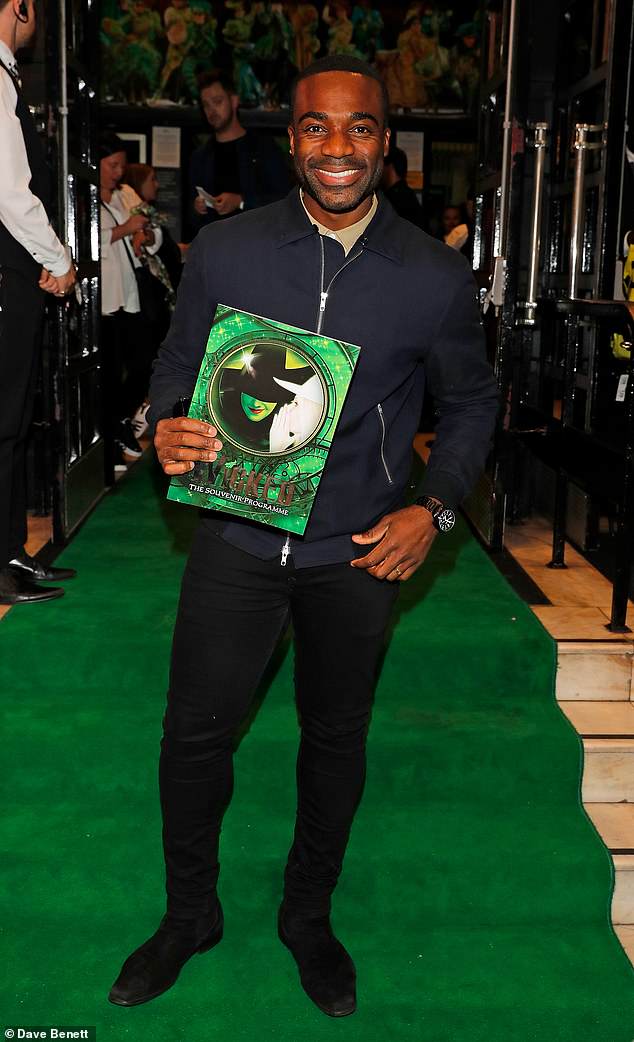 Waltzing onto the red carpet! Ore Oduba beamed on arrival as he mingled with a whole host of stars at the glittering event 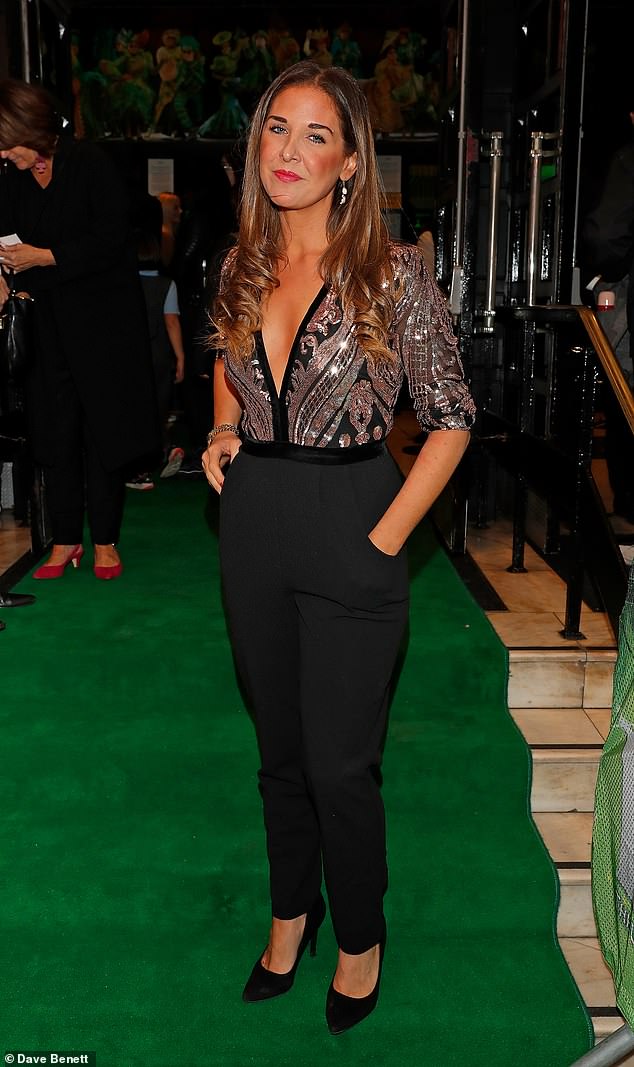 Dazzling diva: Lara Asprey caught the eye in her sparkling sequinned blouse which she teamed with her straight-legged trousers and heels

The mother-of-three was speaking about young people and body image in the wake of the Love Island finale after the series sparked a row about cosmetic surgery.

Reflecting on her own experiences in the light of Love Island, she recalled: ‘I wasn’t known at the time, I wasn’t doing it for anyone other than myself.

‘It was so personal I didn’t tell anyone. I needed to make an adjustment to feel more like myself. Now me at my age looking back, there’s a bit of me that thinks – I wish I’d recognised I was fine as I was and it wasn’t necessary.

‘But in actual fact, maybe it was a bridge of confidence that I needed. How do breasts have so much power? This is insane.’ 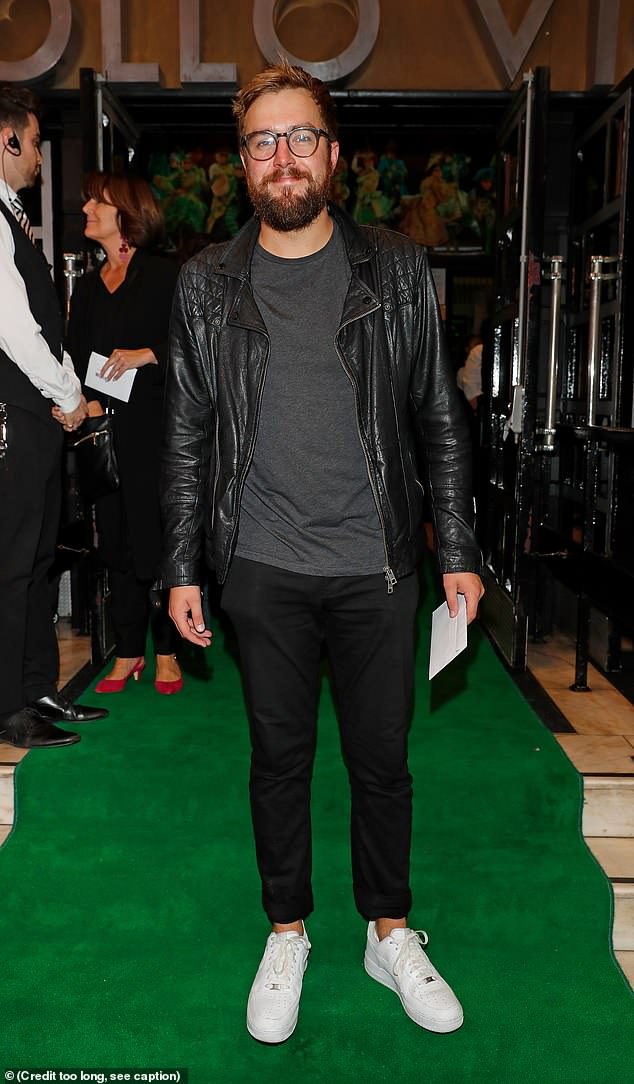 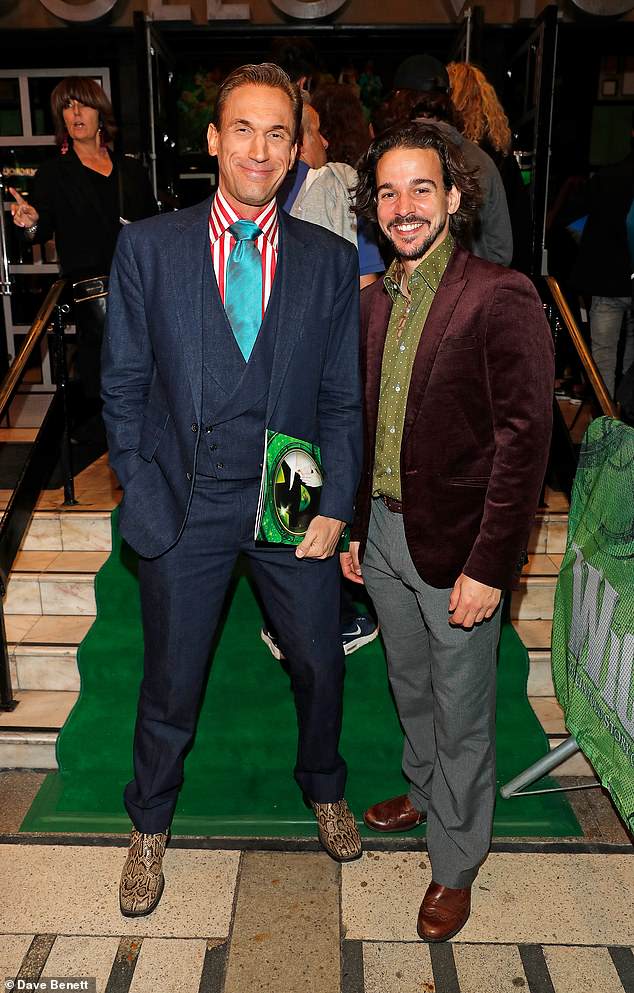 Stepping out: Dr Christian Jessen and Joseph Timms posed for photographs at the entrance to celebrate 12 years of Wicked