They’ve made no secret of the fact they were vying for roles in Thor: Love and Thunder, and Melissa McCarthy and husband Ben Falcone both commenced filming on the sequel on Tuesday.

The pair was pictured on the Sydney set of the upcoming Marvel blockbuster alongside the film’s very muscular star, Chris Hemsworth, who was pictured wearing a blonde wig, breastplate and red cape.

Melissa, 50, was seen cackling as she sported a huge green headpiece which proves she has earned herself a coveted place on the movie. It’s not known what role she will be taking on.

Thor: Love and Thunder is an upcoming American superhero film based on the Marvel Comics character Thor, produced by Marvel Studios and distributed by Walt Disney Studios Motion Pictures.

It is intended to be the direct sequel to Thor: Ragnarok and the 29th film in the Marvel Cinematic Universe.

Melissa and Ben, 47, were spotted filming their scenes by a cliff in Little Bay in south-east Sydney.

The film’s crew used umbrellas to try and block views of the set and security locked down the outdoor set, with guards using binoculars to keep an eye on proceedings.

Melissa and Ben have been in Australia since late last year, with the Bridesmaids star filming the upcoming TV mini-series Nine Perfect Strangers in Byron Bay.

On Christmas Day, Melissa and Ben shared a video of Instagram, jokingly appealing to Hemsworth and director Taika Waititi to give them roles in Thor.

‘Melissa and I are desperate to be in the film, Love and Thunder,’ began Ben, while Melissa added, ‘Respectfully, respectfully, sure.’

Turning it into an audition video, she added: ‘I am not afraid to perform a monologue.’

Meanwhile, Ben said he’d ‘prepared something from The Tempest’ by William Shakespeare.

‘Also, Taika and Chris and whoever, and the people at Marvel Studios… also, I have been known to be a song and dance man,’ continued Ben.

He and Melissa then broke out into song, before Ben addressed the camera and said: ‘That’s just a taste, Taika.’

The latest installment of Thor is being filmed in Australia after receiving a $24.1million location incentive grant from the Federal Government.

Directed by Taika Waititi, the film is expected to bring more than $178million to the local economy, create 2,500 jobs and enlist services from about 1,650 businesses.

According to Screen NSW, it’s part of a deal which will see several Marvel films made in Australia over the coming years. 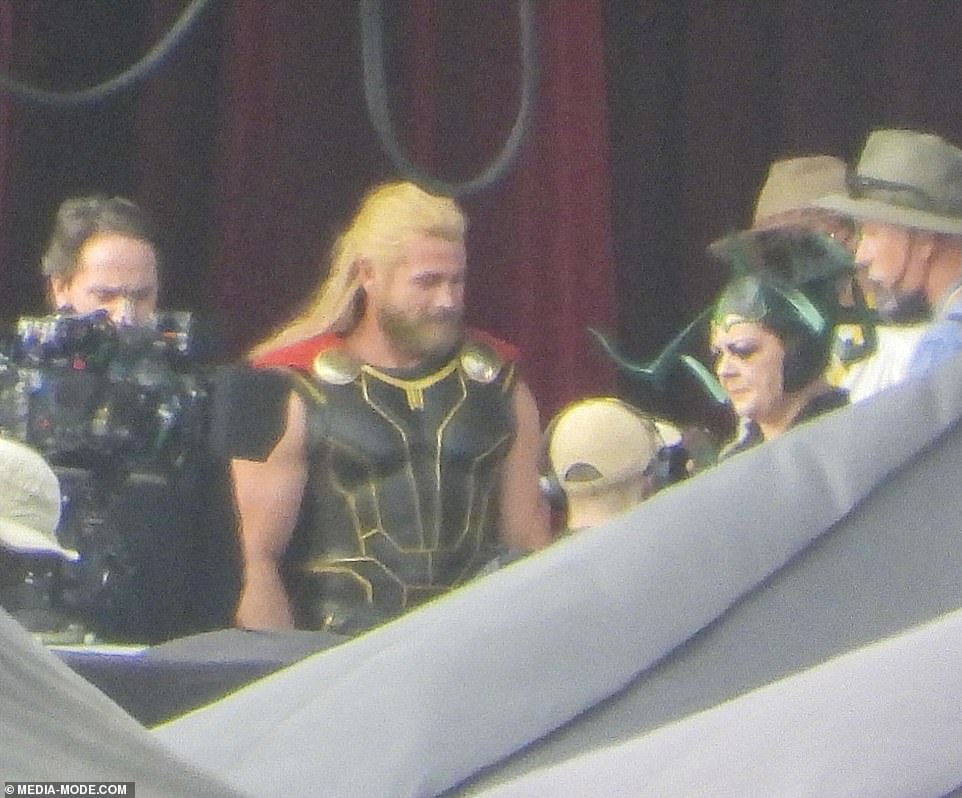 Superheroes: The couple was spotted on the Sydney set of the upcoming Marvel blockbuster alongside Chris 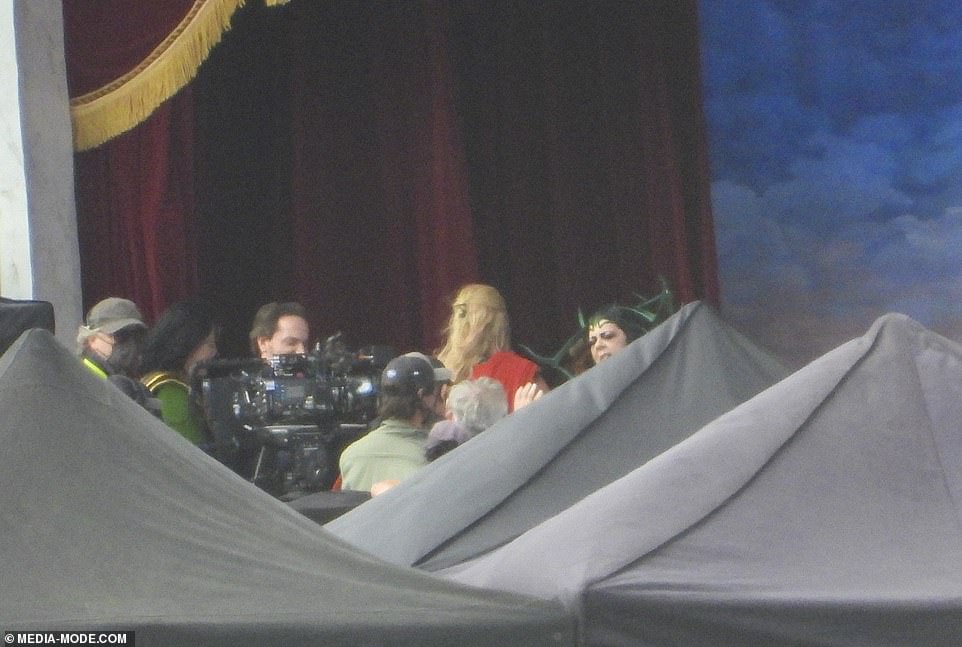 New roles: Both Melissa, 50, and Ben were dressed in full costume, suggesting they’re both set to appear in the film

The film is largely being shot at Sydney’s Fox Studios, but elaborate structures have been seen at nearby Centennial Park, as well as Little Bay.

In the forthcoming Thor installment, Natalie Portman is back as Jane Foster, and will also pick up the hammer and become the Goddess of Thunder (the female Thor).

Thor: Love and Thunder is due for cinematic release in May 2022.