A woman walks behind an ice sculpture spelling out the word “truth” by artist duo LigoranoReese, with the US Capitol in the background, in Washington on September 22, 2018

Artists melted a ton of ice spelling out the word “truth” in the shadow of the US Capitol on Saturday, in a poetic protest at the caustic state of politics in the era of “fake news” under President Donald Trump.

“Truth Be Told,” measuring 10 feet wide by seven feet tall, is the sixth sculpture in the “Melted Away” series launched in 2006 by artist duo LigoranoReese. 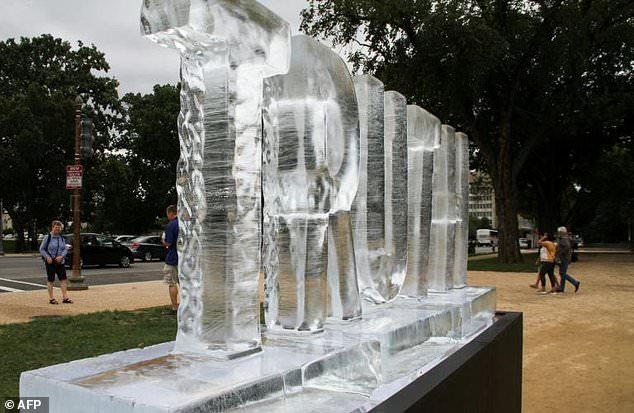 Their other temporary monuments shaped out of ice have included the words “democracy,” “economy,” “middle class,” “the future” and “the American dream.”

The artists decided to take their call for more transparency and honesty to Washington “because ice is a material that disappears, it’s an urgent moment and truth is really melting,” Ligorano told AFP, as crowds gathered around the sculpture.

Young and old alike touched the sculpture and snapped photographs under sunny skies. 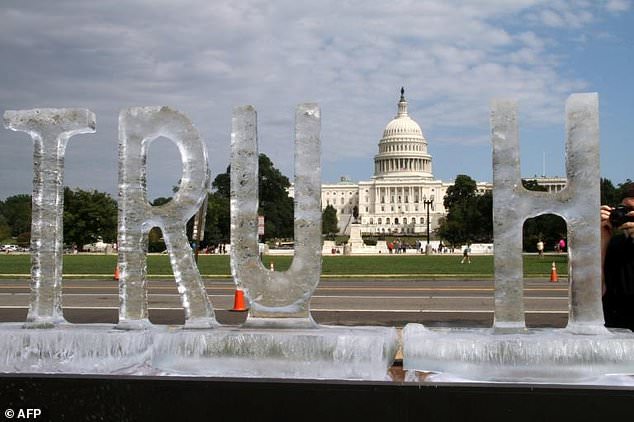 A frozen T collapsed first. The first T and R then collapsed against one another in a big crash, leaving only “UH” for a moment until those letters, too, vanished.

The artists collaborate with locals for their projects and here used sculptors at Ice Lab in nearby Baltimore to carve into the ice.

“It’s the first time I’ve walked into one of these places and was greeted by a woman who was dressed as an Eskimo,” Ligorano said of the sculpture’s ice carver.

The work and its hours-long melting process was streamed live online. 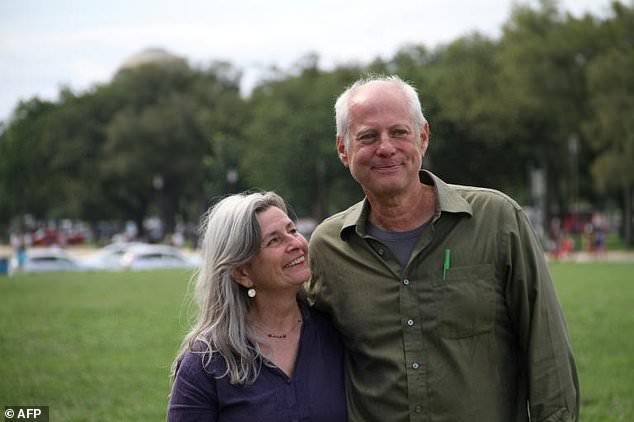 On Friday, the artists organized a poetry reading with Washington-based poets and on Sunday will join a panel with journalists, watchdogs and other creatives focused on the “quest to uphold truth.”