The police response time was quicker than ever.

Two men were arrested after cops say they robbed a bar outside Baltimore while off-duty officers were there for a police retirement party.

The Baltimore Sun reports the masked men allegedly demanded cash from the register at a Woodlawn bar, Monaghan’s,  Tuesday evening while a group of officers gathered for a longtime sergeant’s retirement.

Monaghan’s owner Jack Milani said the men demanded cash from the register and then took off. 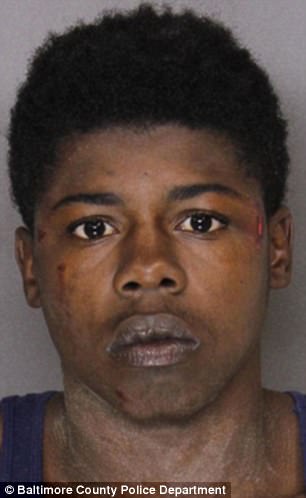 Tyree McCoy (left) and Joseph McInnis III were caught after attempting to rob a bar at gun point. Only trouble was, the bar was full of cops celebrating a colleague’s retirement

An employee informed the officers that the robbery had just occurred and a few of the officers attending the outing went outside and were able to chase down and arrest the suspects nearby.

The Sun reports neither had an attorney listed in online court records.

Monaghan’s Pub owner says it’s odd that someone would attempt a robbery because a precinct station is across the street. 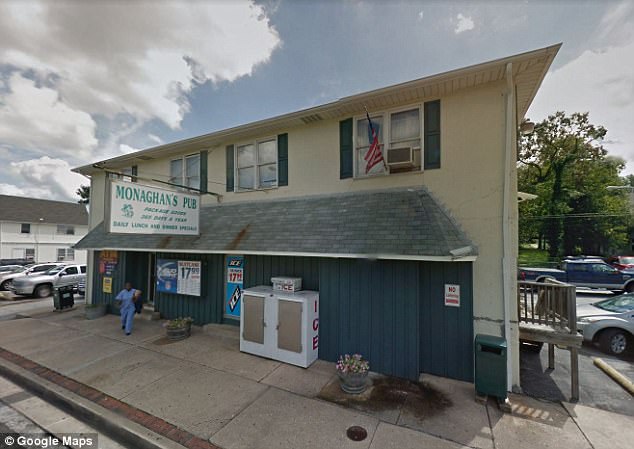 Monaghan’s pub was hosting a party for a police officer that was retiring. Furthermore, the venue is right across the street from a police station

During shift changes, he said, there are a lot of squad cars coming and going into the station, and he said many of the officers are regular customers.

‘It’s kind of odd you would even attempt it,’ Milani said. ‘Officers are always in here. There was a decent amount of them.’

Vinson says the party was for David Neral who has been with the department since 1988.