Men charged over brutal baseball bat attack on a puppy

Two men have been charged over a vile alleged attack on a puppy named Axel that left the animal with one eye and a plethora of injuries.

The ten-month old German Shepherd and its owner were viciously attacked by two men who were armed with a metal baseball bat, according to Perth Now.

Both human and puppy escaped the thugs, but Axel has been left with only one working eye and his owner now faces mountains of expensive vet bills.

Axel was bashed extensively with a metal bat after a car pulled up next to them while they were out for a walk on Larsson Place in Usher on Thursday.

His 25-year-old owner was also attacked, allegedly tackled to the ground by one of the men while the other hit his dog in the face with the bat.

Axel managed to escape the onslaught ‘whimpering and bleeding’, and was fond attackers bleeding nearby carport dripping blood. 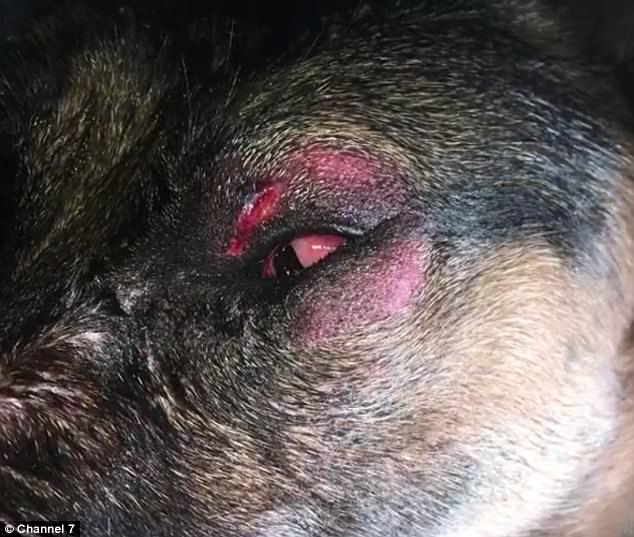 10-month-old Axel was rushed to the vet, but he his eye couldn’t be saved and was sewn shut 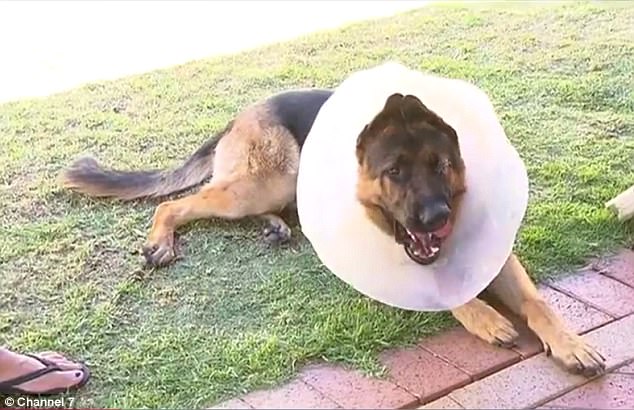 He was rushed to the vet, but his eye couldn’t be saved and had to be sewn shut.

The men, aged 31 and 29, have been released on police bail after being charged with assault occasioning bodily harm and will appear in the Bunbury Magistrates Court on January 8.

The 29-year-old from Withers has also been charged with cruelty to animals, and faces up to five years behind bars if convicted.