Six mates who told police they were at a ‘work meeting’ when cops found them drinking beer and watching TV at a rental property in Victoria are fined almost $10,000

A group of mates who were caught drinking beer and watching television together at a rental property in Melbourne have been fined almost $10,000.

Victoria Police issued a total of 88 fines to individuals on Wednesday who have been caught breaching the Chief Health Officer directions.

The six men were found at a short term rental property on the Mornington Peninsula, in Melbourne’s south-east, despite a Stay at Home order being in place.

A group of mates who were caught drinking beer and watching television together at a rental property in Victoria have been fined almost $10,000 (Police leaving an aged care facility on July 29) 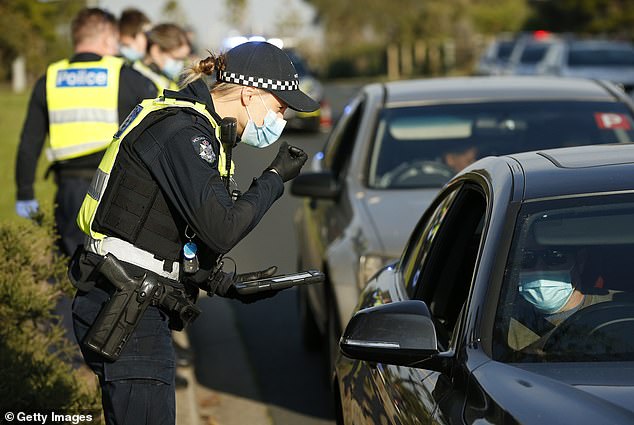 When police arrived the six men told officers they were there for a ‘work related meeting’ but they were found drinking alcohol and watching TV.

Officers conducted 21,833 checks on vehicles at checkpoints on main arterial roads and made 5,650 spot checks on people at homes, businesses and public places.

Of the 88 fines issued on Wednesday, 11 infringements were given at the vehicle checkpoints and 26 were for failing to wear a face mask when leaving home.

A number of fines were issued after people refused to wear a mask even after being offered one from police.

From Thursday every single Victorian will have to wear masks in public or face a $200 fine. 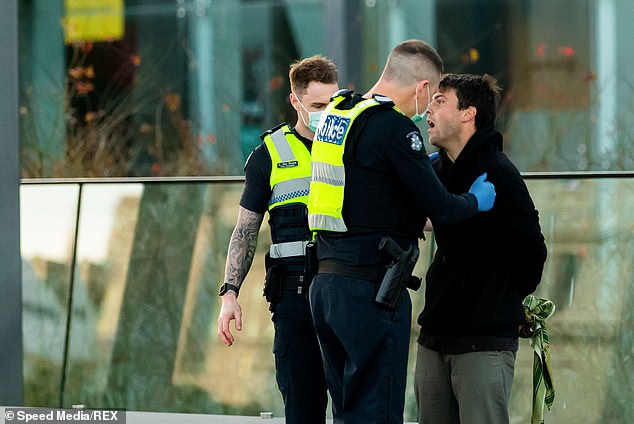 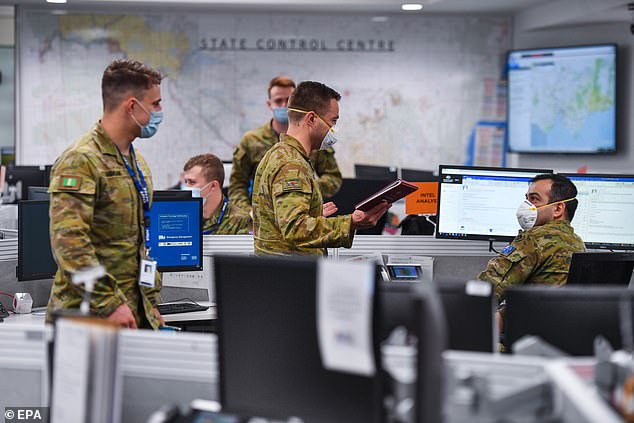 Premier Daniel Andrews said from 11.59pm on Sunday the mandatory mask wearing order active in Melbourne for the past week will be applied statewide.

From 11:59pm on Thursday, the local government areas of Colac-Otway, Greater Geelong, Surf Coast, Moorabool, Golden Plains, and the Borough of Queenscliffe, will no longer be able to visit people or have visitors at home.

From Sunday August 2 at 11:59pm, a face covering will be mandatory for all Victorians whenever they leave home.

‘It’s inconvenient, it’s challenging, but it’s essentially Stage 4 for Melbourne, and it’s something we can do in regional Victoria without causing significant economic cost, but getting a really significant public health benefit,’ he said.

The figure is more than double Wednesday’s 295 infections and far exceeds the state’s previous record of 532 cases on Monday.