A runaway mental health patient who allegedly died after being tasered and pepper sprayed by police trying to arrest him told university students he was an angel.

Officers were called to a street in Newtown, Sydney, after a 30-year-old man fled Royal Prince Alfred Hospital where he was being held under the Mental Health Act.

Just moments before his tragic death he was at Sydney University and wandered into a class at St Andrews College, announcing to the group: ‘I am an angel.’

A mental health patient has died after reportedly being tasered and pepper sprayed by police trying to arrest him. Pictured: The scene of the arrest

Teacher Jonathan Dunk said the man was calm but clearly unwell and confused.

‘He came in and said ‘I am an angel’ and said ‘God bless you’ a number of times to the class,’ Mr Dunk told the Daily Telegraph.

‘He seemed to be not right. He was obviously unwell but he wasn’t aggressive, he just seemed very confused. Then after he had left we heard the cops and sirens.’

After the episode in the classroom, the man was escorted by a member of the university staff. 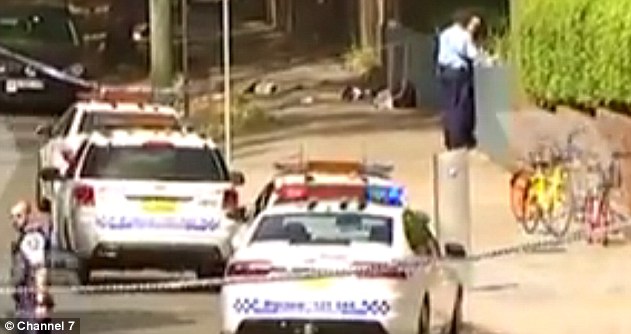 Police were called to Carillon Avenue (pictured) in Newtown at about 1.30pm today

A witness said she saw 15 officers ‘on top of him’ as they pinned him to the ground.

‘My gut feeling was that maybe they used a bit of excessive force trying to arrest him,’ she told the Seven Network.

‘He looked like he may have been a big man but still, and they pulled him back up which made it even worse.’

The witness added that she thought the man had a heart attack. She said she saw police trying to revive him. 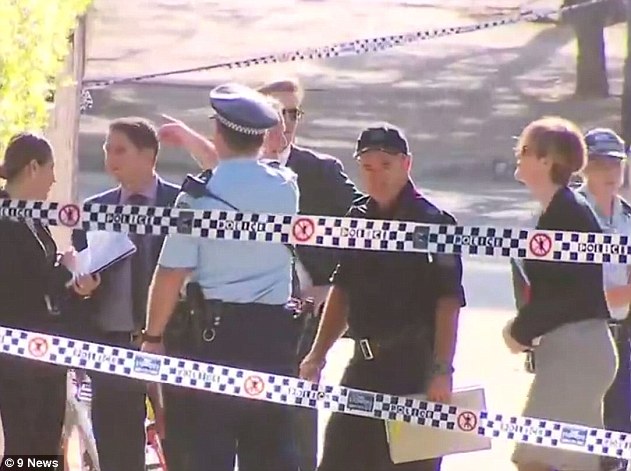 Police said in a statement: ‘A critical incident investigation has commenced after the death of a man in Sydney’s inner-west’

Witness Andrew Barnett told the Daily Telegraph: ‘We pulled up and I saw five or six police officers on top of one person. The police officers were yelling ‘stop resisting, stop struggling’.’

Police said in a statement: ‘A critical incident investigation has commenced after the death of a man in Sydney’s inner-west.

‘Police were called to Carillon Avenue, Newtown, about 1.30pm today after a man, who was being held under the Mental Health Act, fled a nearby hospital.

‘A 30-year-old man was located by officers attached to Inner West Police Area Command, who attempted to arrest the man.

‘The man resisted arrest and collapsed at the scene before being taken to hospital, where he later died.

‘A critical incident team will now investigate all the circumstances surrounding the incident and that investigation will be subject to an independent review.

‘A report will be prepared for Coroner.’

Daily Mail Australia has contacted the hospital for comment. 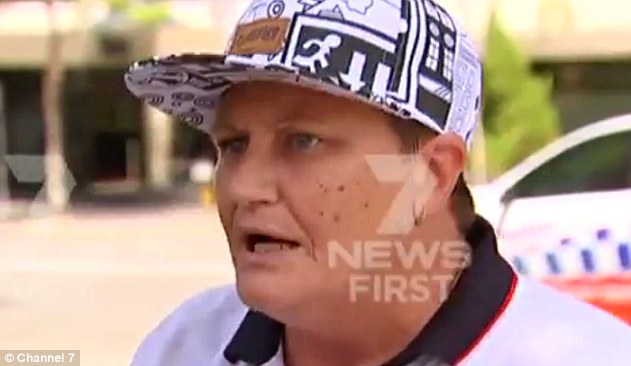