A driver who slammed a semi-trailer into a pub in a horrific crash that left eight people injured claims he thought he was being chased by a Yowie and black panthers.

Rodney Johnson pleaded guilty to leading police on a high speed chase through Singleton in the New South Wales Hunter Valley region in 2017.

The 31-year-old stole a semi-trailer from a service station at Murrurundi – more than 100 kilometres away – about 7.30am on October 11 while its driver was paying for fuel. 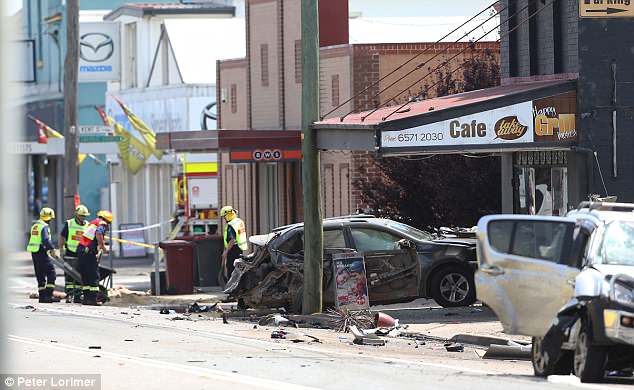 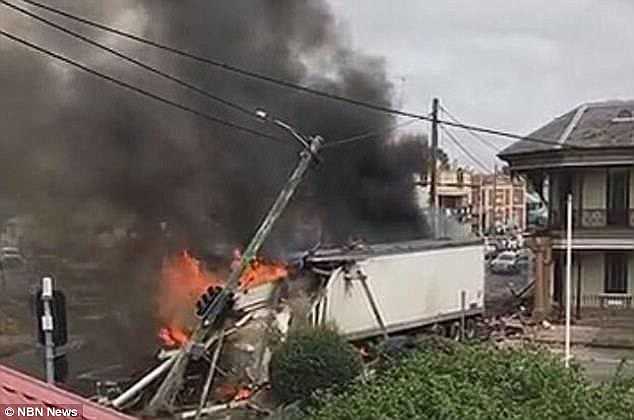 Kerry Small remembers nothing of the runaway truck’s impact as it ploughed into his stationary vehicle, but spent five months in hospital rehabilitating after the ordeal.

‘I hope he rots in prison,’ Mr Small said as he left the Newcastle Courthouse.

During sentencing, the court heard Johnson had stopped taking his schizophrenia medication in the weeks prior and believed people were after him.

He was in a ‘severe state of paranoia’ at the time of the incident and believed a Yowie and black panthers were following him during the chase. 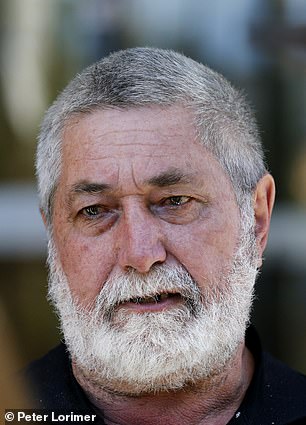 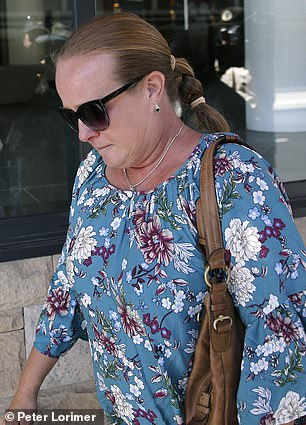 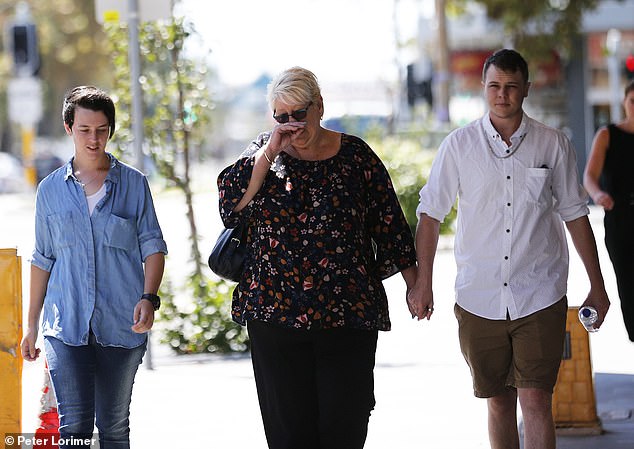 During sentencing, the court heard Johnson had stopped taking his schizophrenia medication in the weeks prior and believed people were after him

Johnson showed no emotion during sentencing, in which four victims read out emotional victim impact statements.

His mother reportedly sobbed throughout.

The sentencing has been adjourned until Friday after the extensive statements were read.

Johnson’s sister Stephani previously claimed her brother was ‘not a monster’ but suffered from a mental illness and was working himself into the ground to provide for his children.

‘Rod is not a monster,’ Ms Johnson wrote. ‘He’s a kind, caring, hard-working man who unfortunately has been taken over by this devil mental illness!’ 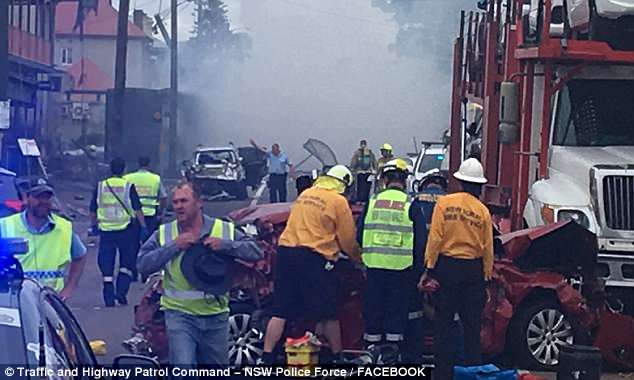 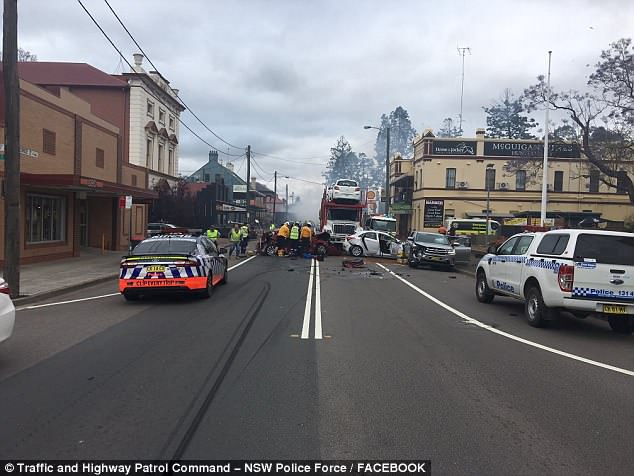 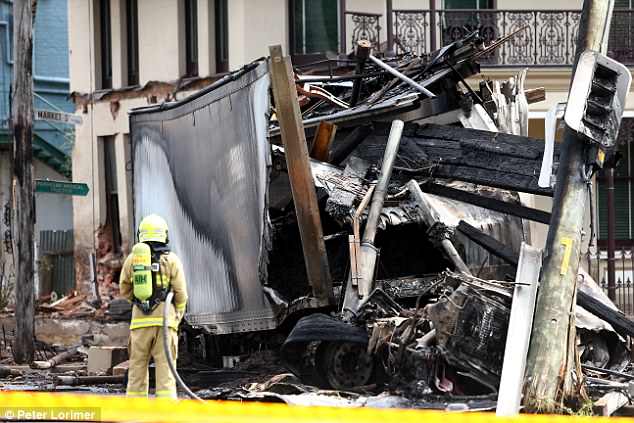 ‘When Rod wakes up out of his “bad dream” the hate and anger he is going to have on himself for the chaos and hurt he has caused is going to be far worse than the negative and nasty comments about him all over [Facebook].’

Witnesses described the carnage after the accident as resembling that of a ‘war zone’ with billowing smoke and car wrecks in every direction.

Mr Small suffered the most extensive injuries out of all the victims including broken legs and bleeding on the brain.

‘I got two broken legs to start off with,’ Mr Small said. ‘And five – no, seven, eight – broken ribs.

‘I got a punctured lung, a brain bleed where I cut my head open. I got a broken neck, two breaks in my spine. 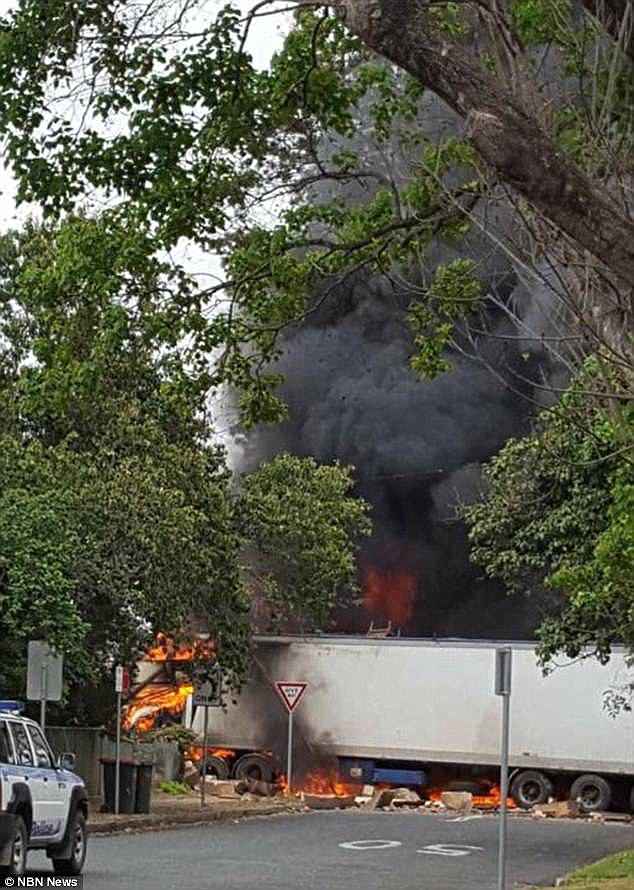 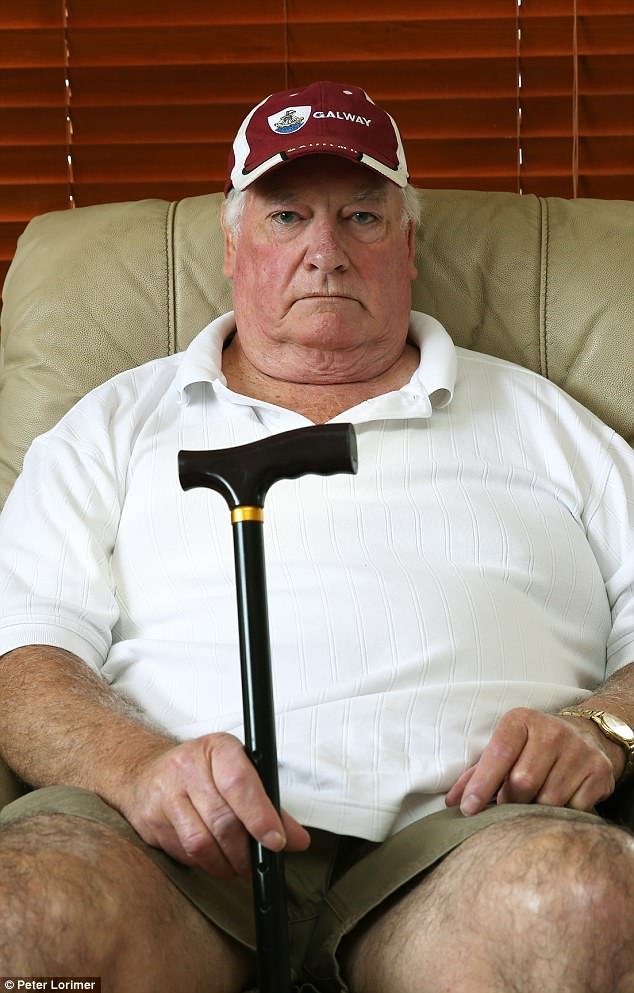 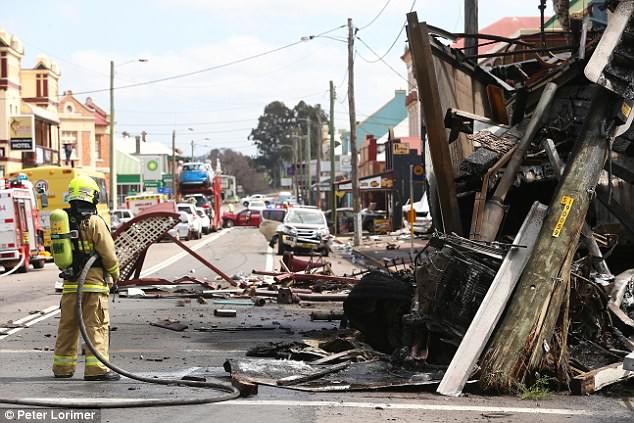 ‘I got a broken shoulder and the internal injuries.

Police initiated a pursuit and deployed road spikes as the truck approached Singleton at speeds estimated at 100km/h.

The semi-trailer continued for a few kilometres after hitting the spikes, crossed a bridge then crashed and burst into flames on George Street about 8.45am.

‘I couldn’t say anything about the bloke,’ Mr Small said.

‘I hope he gets as much time in jail as what I did in hospital or better.’

Retiree Tony Deakin, who survived the crash with his wife Jenny, described the aftermath of the incident as like a ‘war zone’.

Witness Debbie Anderson described her terror as she sat in traffic and saw the truck hurtling towards her at high speed.

‘It was like something that you’d see on the movies,’ Ms Anderson said. 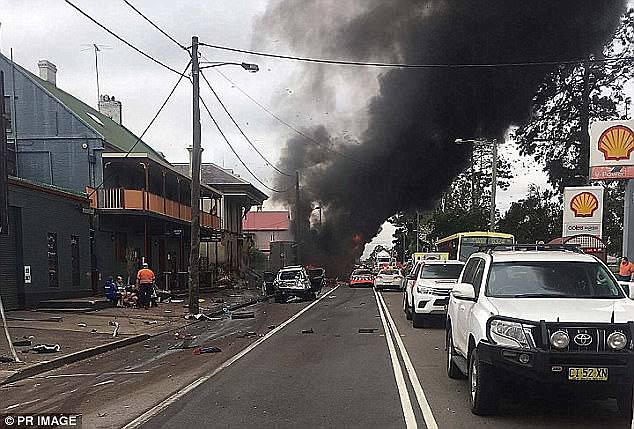 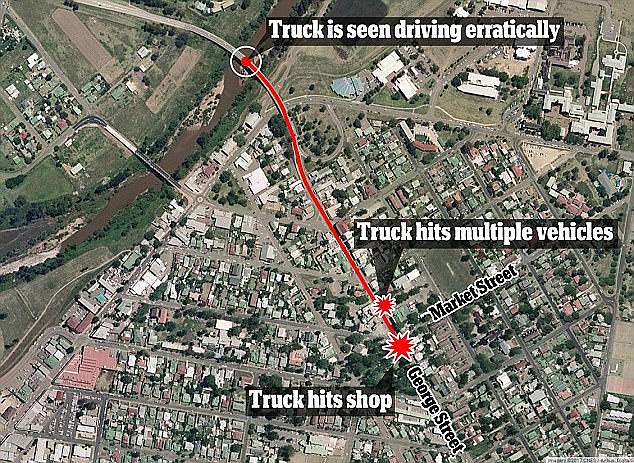