A woman suffered life-threatening head injuries after falling 16 floors down a garbage chute in Portland, Oregon, on Monday.

At around 12.20pm, first responders with Portland Fire and Rescue arrived at the civic building at 1926 West Burnside Street for a report of an injured woman.

The victim, who was described as a woman in her 20s, was found inside a trash container and rushed to Oregon Health and Science University Hospital to be treated for life-threatening injuries. 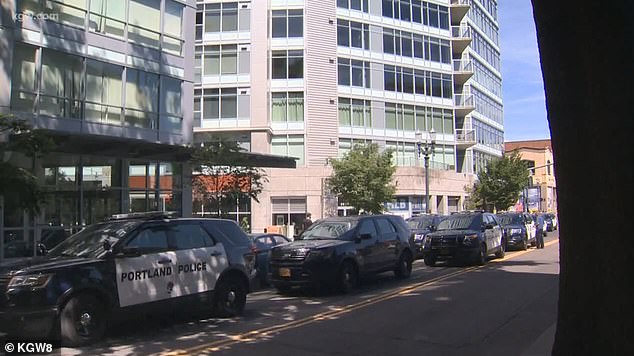 Police vehicles are pictured at the scene of the incident outside 1928 West Burnside Street in Portland, Oregon, on Monday afternoon

Witnesses say the victim had climbed inside the garbage chute and slid 16 stores down to the trash collection area below.

It is likely that the contents of the trash receptacle somewhat softened the fall.

According to Portland Fire and Rescue spokesman Lt Rich Chatman, the woman does not live in the building.

It is unclear why she had decided to enter the high-rise in the first place, but Chatman said it appears she was in the throes of a mental health crisis at the time, reported KGW8.

Lt Chatman told KOIN of the incident: ‘it’s not the first time we’ve seen it.’

Portland police do not plan to file charges against the victim. 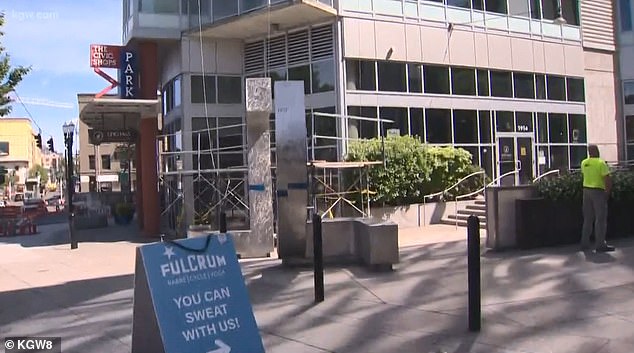