Emmanuel Macron and Angela Merkel will put pressure on Donald Trump to save the Iran nuclear deal this week as the French President warned there is no ‘Plan B’ to take its place.

Macron and the German Chancellor are meeting the US President this week and both will attempt to convince him not to renege on the 2015 accord.

The deal reached between Iran, the United States and five other world powers put curbs on Iran’s nuclear programme in exchange for sanctions relief.

But Trump has vowed to scrap the arrangement unless European capitals agree to supplement it with tougher controls on Iran’s missile program and future ability to return to nuclear fuel enrichment.

Tehran has warned it will respond to any unravelling of the deal by ‘resuming at a much greater speed our nuclear activities’. 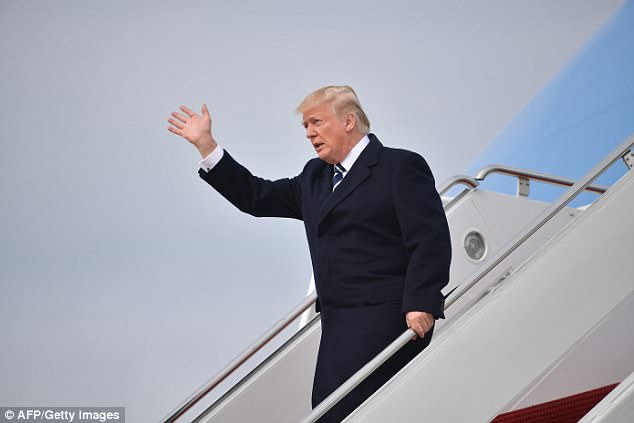 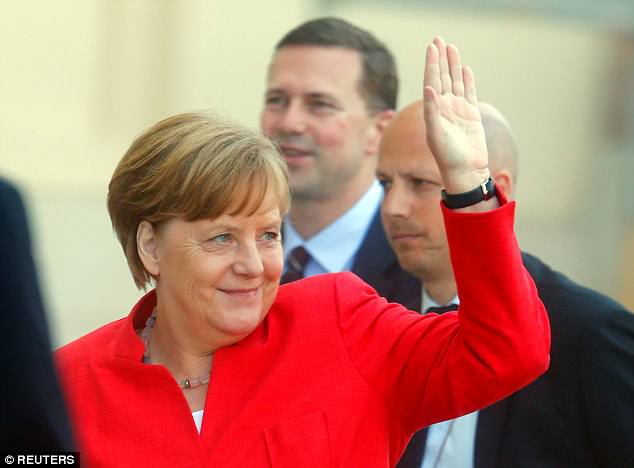 Merkel says an imperfect nuclear deal with Iran is preferable to no deal, and that her country will ‘watch very closely’ to ensure it is being fulfilled

Macron is set for a three-day state visit which is expected to be dominated by U.S.-European differences over the deal.

The 40-year-old said on Fox News on Sunday that it would be better to protect the Iran deal instead of get rid of it, insisting there is no ‘Plan B’ to take its place.

‘I don’t have any Plan B for nuclear – against Iran.

‘So that’s a question we will discuss, but that’s why I just want to say, on nuclear – let’s present this framework because it’s better than the sort of North Korean type of situation.’

He added: ‘Is this agreement perfect and this JCPOA a perfect thing for our relationship with Iran? No. But for nuclear — what do you have? As a better option? I don’t see it.’

Meanwhile, Merkel says an imperfect nuclear deal with Iran is preferable to no deal, and that her country will ‘watch very closely’ to ensure it is being fulfilled.

She meets this week with US President Donald Trump who says he’ll withdraw from the agreement by May 12 unless US and European negotiators agree to fix what he calls its serious flaws. 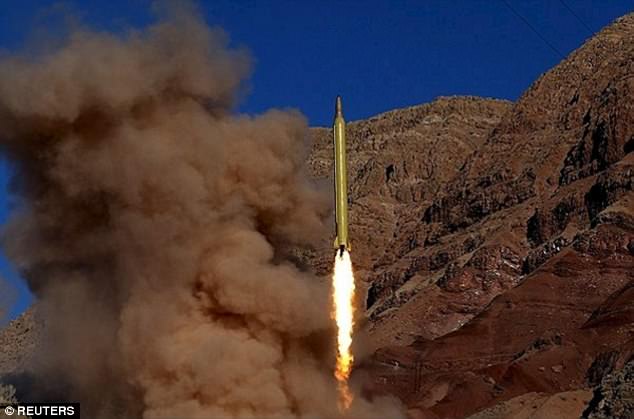 The deal reached between Iran, the United States and five other world powers put curbs on Iran’s nuclear programme in exchange for sanctions relief. Pictured: A ballistic missile test launch in Iran in 2016

Merkel says she understands ‘great worries in Israel’ over those ambitions, but that she disagrees with Netanyahu on how to contain them.

Meanwhile, I has warned itis ready to resume its controversial nuclear program ‘at a much greater speed’ if the United States walks away from the landmark 2015 nuclear deal.

In a CBS interview to be broadcast Sunday on ‘Face the Nation,’ Iranian Foreign Minister Mohammad Javad Zarif doubled down on a warning this month from Iranian President Hassan Rouhani, who vowed Washington would ‘regret’ withdrawing from the nuclear deal, and that Iran would respond within a week if it did.

‘If the decision comes from President Trump to officially withdraw from the deal, then Iran will take decisions that have been provided for under the JCPOA and outside JCPOA,’ Zarif said, referring to the 2015 accord.

‘We have put a number of options for ourselves and those options are ready, including options that would involve resuming at a much greater speed our nuclear activities.

‘And those are all envisioned within the deal. And those options are ready to be implemented and we would make the necessary decision when we see fit,’ added the foreign minister, who is in the United States to attend a UN meeting on sustaining peace.

Zarif said the European leaders must press Trump to stick to the deal if the United States intends to maintain any credibility in the international community.

If the United States buries the deal, Iran is unlikely to stick to the agreement alongside the other signatories – Britain, China, France, Germany and Russia, said the foreign minister. 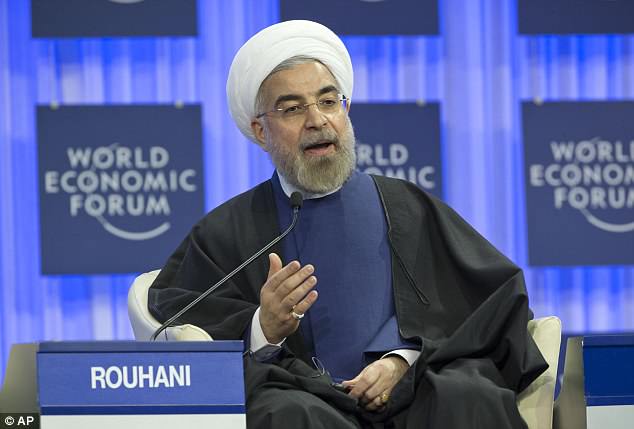 Iranian Foreign Minister Mohammad Javad Zarif doubled down on a warning this month from Iranian President Hassan Rouhani (pictured), who vowed Washington would ‘regret’ withdrawing from the nuclear deal, and that Iran would respond within a week if it did

‘Obviously, the rest of the world cannot ask us to unilaterally and one-sidedly implement a deal that has already been broken,’ Zarif said.

British, French and German representatives have been in deep talks with the US State Department’s head of policy Brian Hook on what a supplemental deal would look like.

But the representatives complain privately that, despite progress with their American counterparts, they have no idea whether they are close to an agreement that the mercurial president would accept.

To appease Trump, European capitals are working on a document that would amount to a political engagement to prevent Iran from returning to the nuclear path after the 2015 deal starts to expire.

The Europeans could even call such a statement a new ‘deal,’ if it convinces the US leader to stay within the terms of the original and ‘true’ agreement.

‘He hates the deal,’ another European diplomat acknowledged.

All Hook can say is that once he comes to terms with his European partners, it will be up to Trump, in consultations with his hardline new National Security Advisor John Bolton, to decide.

‘If we can reach an agreement, then that will be presented to the president by the secretary of state and the NSA, and then he will make a decision on whether he wants to remain in the deal or stop waiving sanctions,’ Hook said.

‘We always have to prepare for any eventuality, and so we are engaged in contingency planning because it would not be responsible not to engage in it.’

The appointment of Bolton, an avowed Iran hawk, fueled Europe’s pessimism, as did the nomination of CIA director Mike Pompeo to become the next US secretary of state.

But Pompeo, who has always talked tough on Iran, played down the significance of the May 12 deadline in his Senate confirmation hearing.

‘I want to fix this deal. That’s the objective,’ he told US lawmakers concerned that he might push for war.

‘If there is no chance to fix it, I’ll recommend to the president we do our level best to work with our allies to achieve a better outcome and better deal. Even after May 12th, even after May 12th, there’s still much diplomatic work to be done.’

As the deadline looms, even some of the more hawkish Washington pundits – critics of the deal when it was signed – have begun to suggest that the return of US nuclear-related sanctions could be postponed until a new fixed date.

But if all the talk fails and Trump follows his clear inclination to tear up the ‘terrible deal,’ there appears to be no Plan B, at least from Europe.

‘Anyone who wants to blow up the Iran deal has first to tell us what he will do if Iran relaunches its uranium enrichment program,’ France’s ambassador to the United States Gerard Araud tweeted in exasperation.