The Mersey has more plastic floating in it than the infamous ‘great Pacific garbage patch’ and every river contains microplastic, research has found.

Liverpool’s famous river was one of 13 nationwide tested by environmental group Greenpeace – nearly all of which had high levels of microplastic junk.

But the Mersey, which runs for 70 miles from Stockport, Cheshire, had the highest number, with a shocking 875 pieces of microplastic found in half an hour of sampling its waters.

The most polluted section of the Mersey is downstream from a plastics factory, experts note.

Greenpeace is calling for the Government to introduce ‘bold’ new plastic reduction targets and create an independent watchdog with powers to enforce them.

The River Mersey is overwhelmed with plastic waste, new research has found 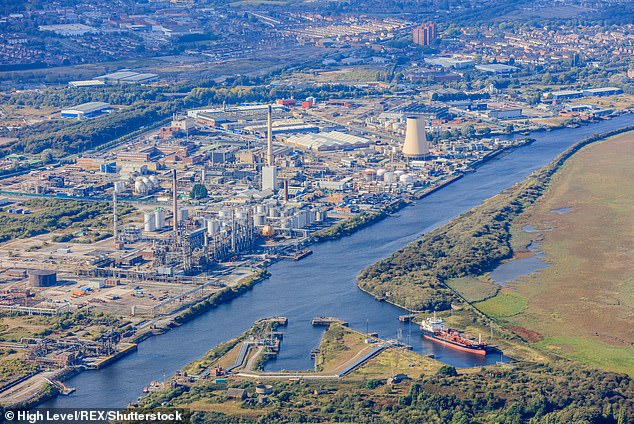 The River Mersey has more plastic floating in it than the infamous ‘great Pacific garbage patch’, a survey has found 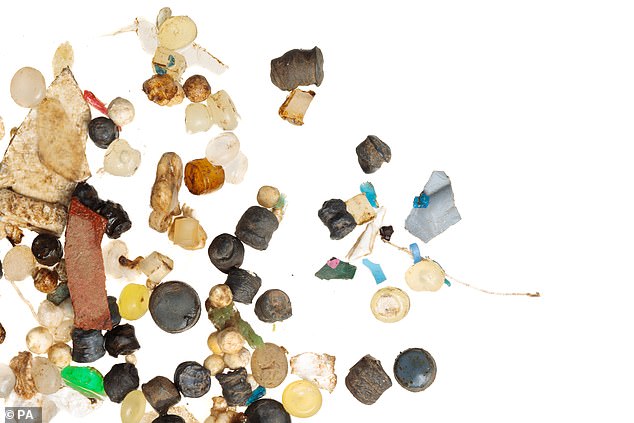 Scientists found a shocking 875 pieces of microplastic in just half an hour. Pictured: some of the microplastic found in Liverpool’s famous river

WHAT IS THE GREAT PACIFIC GARBAGE PATCH?

The great Pacific garbage patch is the largest accumulation of ocean waste in the world, floating half way between Hawaii and California.

Current estimates show the patch is three times the size of France, and it is estimated to contain 79,000 tonnes of plastic.

The Ocean Cleanup Foundation found that plastics made up 99.9 per cent of all debris in this part of the ocean.

At least 46 per cent of plastic consisted of fishing nets, and over three quarters of the plastic in this zone was debris larger than 5cm (2 inches), including hard plastics, plastic sheets and film.

Analysis of the samples by Greenpeace scientists at the University of Exeter using an infrared detector found microplastics were in 28 out of 30 locations tested.

A total of 1,271 pieces of plastic ranging from fragments of straws and bottle tops to tiny microbeads less than 1mm across in size were caught in a specially designed net by the survey team.

The pieces in the Mersey makes the waterway, at the time it was sampled, proportionally more polluted than the great Pacific garbage patch, considered by scientists to be one of the most plastic-polluted expanses of water on Earth, Greenpeace said.

The environmental campaign group said the amount of plastic they found in their sample would amount to 2million pieces of microplastic per square kilometre.

That is double that of a 2014 survey of the North Pacific Gyre, which had 1million pieces of microplastic per square kilometre.

The research also found that microbeads, tiny spherical pieces of plastic often used in cosmetic and household products, were found in five rivers despite being partially banned in 2017.

The Daily Mail has spearheaded action to tackle plastic pollution – and led calls to impose a charge on plastic bags, which has dramatically slashed the number of bags ending up in landfill, and also led calls for bans on plastic microbeads in cosmetics.

Seven locations turned up plastic pellets known as ‘nurdles’, which are used in the production of plastic products.

The most numerous instances of microbeads and nurdles were found in the River Mersey, downstream from a plastics factory.

More than four fifths of the polymers found by Greenpeace were polyethylene, polystyrene and polypropylene, which are used to make products such as food packaging, milk and water bottles and carrier bags. 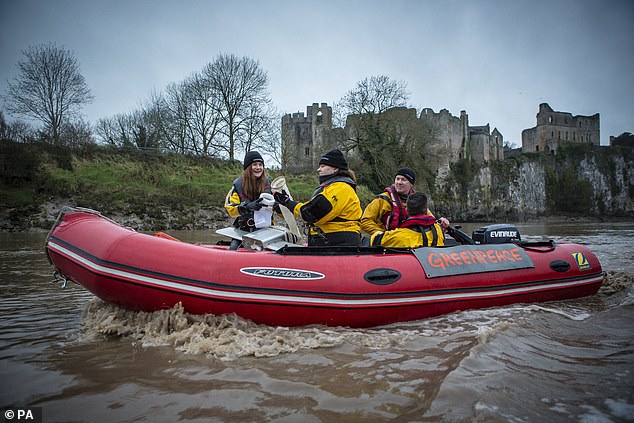 Among campaigners taking part in the scientific study was Harry Potter star Bonnie Wright, who played Harry’s girlfriend Ginny Weasley in the films of the wizardry series 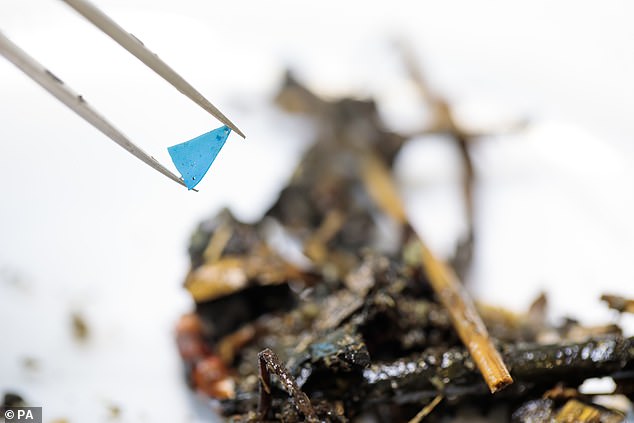 The research also found that microbeads, tiny spherical pieces of plastic often used in cosmetic and household products, were found in five rivers despite being partially banned in 2017. Pictured: microplastics in the River Mersey

Among campaigners taking part in the scientific study was Harry Potter star Bonnie Wright, who played Harry’s girlfriend Ginny Weasley in the films of the wizardry series.

‘Fiddling around the edges of the plastic pollution problem by banning straws simply doesn’t cut it.

‘We need to see bold new plastic reduction targets in the upcoming Environment Bill, and aim to at least halve single use plastic production by 2025.’

Steve Backshall, wildlife expert and TV presenter, said: ‘Greenpeace’s study has discovered that the River Mersey is even more polluted than the Great Pacific Garbage Patch – surely this will galvanise us all into doing something about this.

‘Plastic pollution isn’t just a domestic issue, its impacts are seen on wildlife and humans all over the world.

‘For the sake of nature and for the sake of future generations we need to stop producing so much of it – it’s the only way forward.’

The Thames had 108 pieces of plastic, Aire had 63, the Severn contained 42 pieces and the Trent samples had 35 pieces.

The Exe samples contained 23 pieces of microplastic in total, the Lagan had 12, the Clyde 11, the Derwent and Wye both had 10, the Wear had five and the Great Ouse contained one. 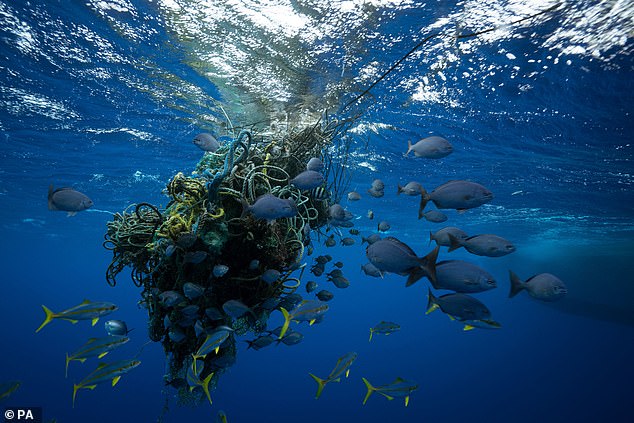 The pieces in the Mersey makes the waterway, at the time it was sampled, proportionally more polluted than the great Pacific garbage patch (pictured), considered by scientists to be one of the most plastic-polluted expanses of water on Earth, Greenpeace said