The 49-year-old shared the post with her 27,600 followers on Sunday, adding a photo of the Geelong Cats celebrating their one-sided victory over Sydney.

Comedian and former host of The Project Meshel Laurie made the above Instagram post on Sunday – and she was scathing of the Swans and their superstar, Buddy Franklin 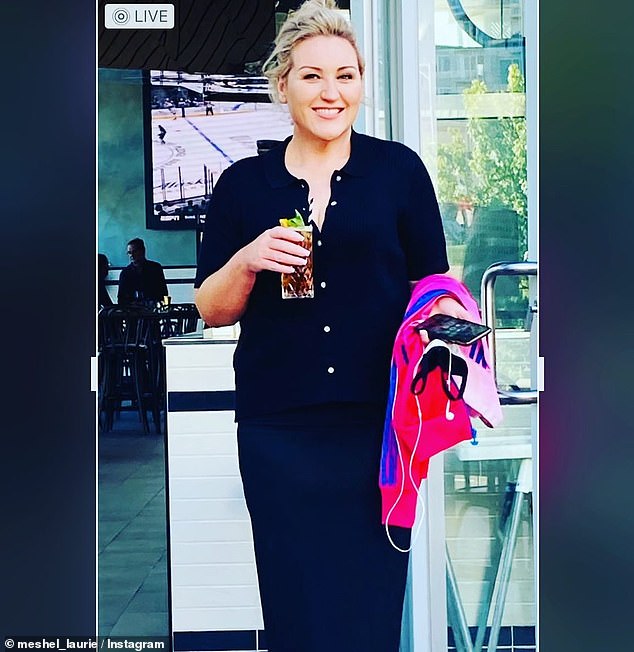 Alongside the photo, Laurie posted the caption: ‘Congrats to the Cats! I can’t stand it when a non-Victorian team takes the Premiership. VFL forever!!!! Thank you to @geelongcats for smashing @sydneyswans today. Buddy who? God bless you boys.’

Laurie definitely wasn’t alone in her criticism of Buddy Franklin after his performance on the weekend.

The Swans star was effectively marked out of the game on Saturday and racked up a meagre three disposals in the first three terms, kicking 0.1.

Footy fans wasted no time in declaring the star forward ‘missing in action’ when it mattered most.

‘I just saw Buddy Franklin with the ball. I didn’t know he was playing today,’ said one Twitter user. 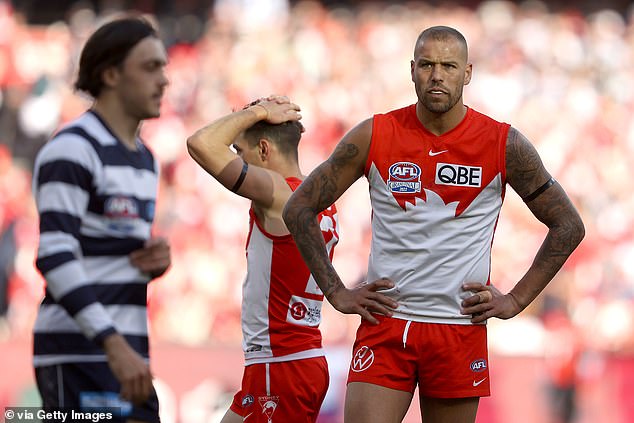 ‘Can someone get the bus driver to find Lance franklin and the rest of the ‘bloods’ and direct them to the MCG. There’s a bloody grand final on,’ said another.

Some, meanwhile, questioned Franklin’s decision to play on for another year. The star forward will turn 36 before next season begins and time appears to be catching up with him.

‘He’s an all-time great, no doubt about it, but should that Buddy Franklin press release today have read ‘one too many.’ Three touches in just over a half,’ commented a Twitter user. 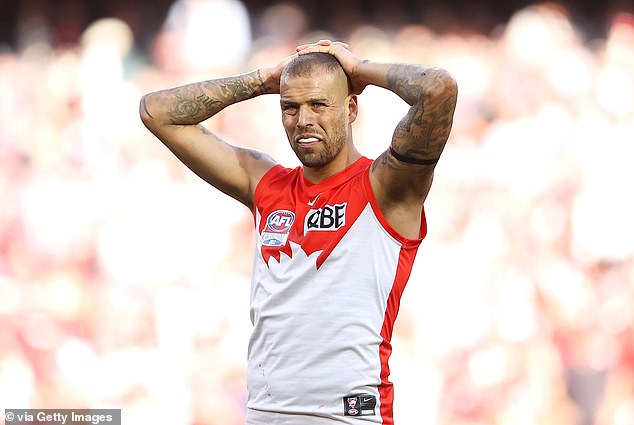 Some fans have questioned Franklin’s decision to play on for another season, believing he’s had ‘one too many’ games

AFL journalist Damian Barrett pointed out that it was interesting Franklin had lost four of his six Grand Finals and three straight for the Sydney Swans.

‘It just goes to show, a guy who will be legend of the game at a very early stage once he retires has lost double the amount of grand finals he’s won,’ he said.

It doesn’t look good for Franklin moving forward, particularly when he had one of the moments of the season when he kicked his 1000th AFL goal.