‘We needed a game like this to gain confidence’: Lionel Messi believes Argentina’s win over Qatar can kick start their Copa America campaign

Captain Lionel Messi believes Argentina’s win over Qatar will help the team grow in confidence as they head into the quarter-finals of the Copa America.

The South American side clinched second place in Group B after a 2-0 victory against Qatar, thanks to goals from Lautaro Martinez and Sergio Aguero.

It had been a must-win game for Argentina after they picked up just one point from their opening two matches. 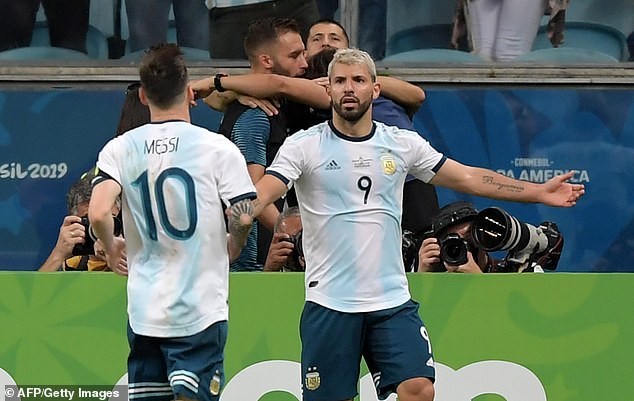 Quoted on the team’s official website, Messi said after the match: ‘We had a good match and we won, which was the most important.

‘We needed a game like this, to gain confidence and be calm. As the games go by, the team has to grow and this match served that purpose.’

Inter Milan striker Martinez opened the scoring for Argentina after just four minutes, capitalising on sloppy Qatar defending before poking the ball into the bottom corner of the net.

Aguero had a golden chance to double the lead but he flashed his shot wide of the target from 12 yards when he should have done better. 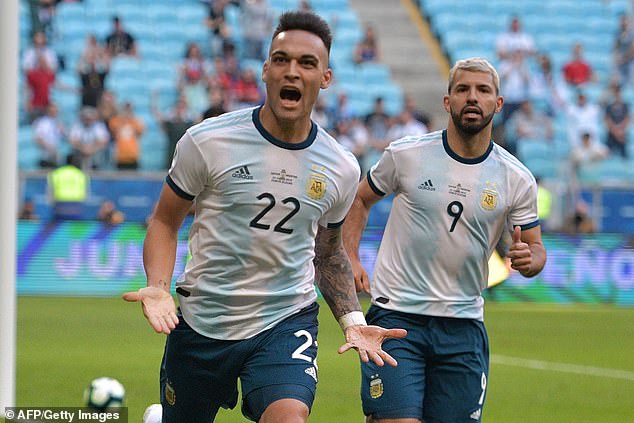 The Manchester City striker made amends when he made sure of the three points in the 82nd minute. He collected the ball up in midfield and beat two defenders before driving a low shot beyond the goalkeeper.

Messi could have got his name on the scoresheet but he uncharacteristically skied the ball over the crossbar from close range.

The win means Argentina will now face Venezuela in the quarter-finals on Friday in Rio de Janeiro.

Group B winners Colombia made it three wins from three matches after beating Paraguay 1-0 at the Arena Fonte Nova. Gustavo Cuellar scored the only goal of the game after 31 minutes.