‘Messi was difference class and Barcelona were a couple of levels above us’, admits Solskjaer

‘Lionel Messi was difference class and Barcelona were a couple of levels above us’, admits Manchester United boss Ole Gunnar Solskjaer after Champions League drubbing

Ole Gunnar Solskjaer admitted that Lionel Messi and Barcelona are in a different class from Manchester United after their Champions League dream died.

Messi scored twice in the space of four minutes last night as United lost 3-0 to exit at the quarter-final stage 4-0 on aggregate.

On a night when Cristiano Ronaldo and Juventus went out to Ajax in Turin, Solskjaer acknowledged that United’s emphatic defeat highlighted the task facing him to make the club a major force in Europe again.

‘Messi’s different class,’ said Solskjaer. ‘He and Ronaldo have been the best players of the last decade. Now tonight Messi shows his quality.

‘That is the Barcelona team here, and that’s the level we have to aspire to. We can get there but we have loads of work to do.

‘If we want to get back to United’s true traditions and level, we know we have to challenge the Barcelonas. I have to say they were a couple of levels above tonight and at Old Trafford.

‘We did well to get here but you could see the difference between the two teams. The quality of their finishing was absolutely outstanding.

‘We know there’s work to be done. I’ve said all along this isn’t going to change overnight. The next few years are going to be massive to get to the level of Barcelona and other teams. 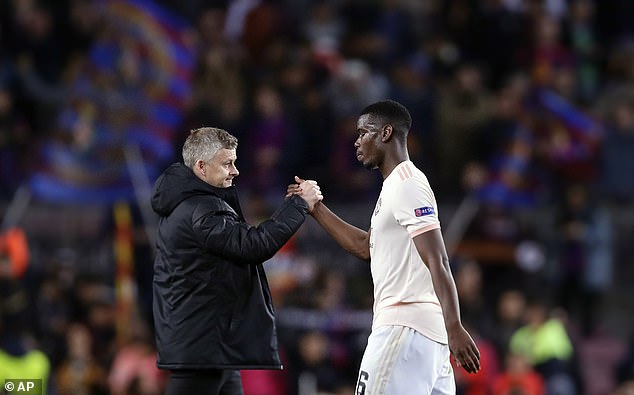 ‘We’re on with the job and have spoken to the players. We need to get the best out of each other and create an environment of top-class attitude.

‘We’ve got good players to work with but, as I said, we’ve got a rebuilding job. It starts with the coaches and players, and with one or two additions.’

Trailing 1-0 from the first leg at Old Trafford, United started well and hit the bar through Marcus Rashford in the opening 30 seconds. But they were floored by two goals in quick succession from Messi that effectively ended the tie as a contest.

The second came from an awful blunder by De Gea who allowed Messi’s tame shot to somehow slip under his body.

‘That’s unfortunate with goalkeepers,’ added Solskjaer. ‘When you make an error it can get highlighted and that will be remembered. He made some fantastic saves and his contribution to the team is good, but sometimes that happens in football.

‘You know the level. You cannot slip up and make mistakes and not take the chances you get yourself. We didn’t capitalise on our great chance, then they have two shots on target and two goals. 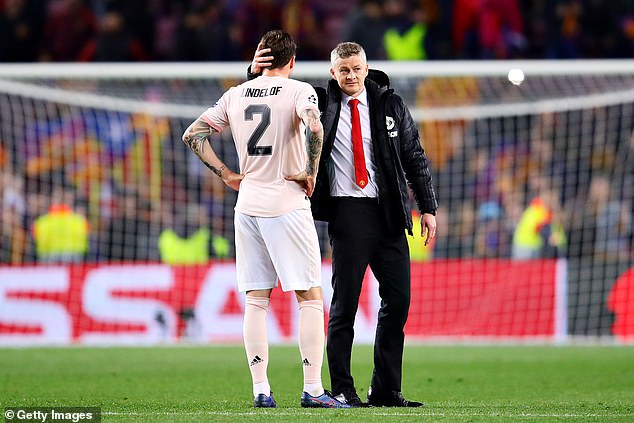 ‘If you want the result you need the performance and you have to have margins. We started well but then Messi hits that in the bottom corner. I have to say he is top quality and he was the difference. When they went 2-0 up it was game over.

‘Whenever he gets the ball around the box he will be decisive. He was the winner for them.’

Messi told Spanish TV: ‘We were spectacular. We were a bit cold and nervous at the start but after that we took control and played some spectacular football.

‘The second goal was a bit lucky but we are beyond the quarter-finals and it’s another little step towards our goal. We know we can’t start Champions League games like that. Just 10 bad minutes and you can pay.

‘The semi-final will be tough whether it’s Porto or Liverpool. Ajax’s win (at Juventus) says it all about how tough this competition is.’