London Metropolitan Police are on high alert for Tuesday’s Champions League semi-final between Tottenham and Ajax after a spate of violence involving Dutch supporters during recent European games.

Uniformed police officers are set to be stationed inside Tottenham’s new stadium, in addition to the usual stewarding procedure, after the force raised the risk level of the fixture to a Category C fixture.

Thorough checks will be made on supporters entering the stadium, while the police will also be wary of any hotspots in the capital after the trouble that played out in Amsterdam when England fans travelled to Holland for a friendly match last year. 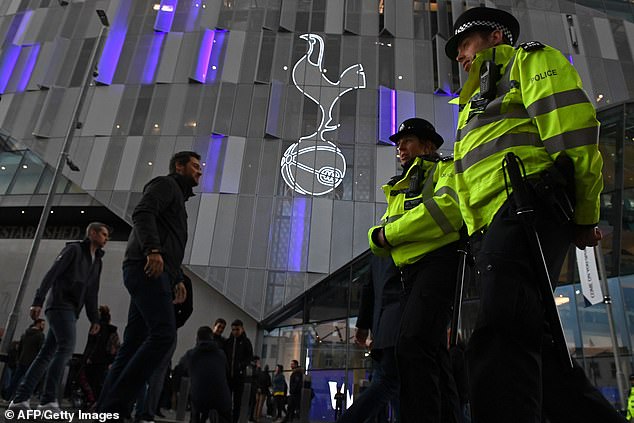 ‘A proportionate policing plan is in place to ensure any instances of crime or disorder is responded to quickly and robustly.

‘We are working with Tottenham FC and supporter groups to ensure fans attend a safe and enjoyable match and would urge anyone who witnesses any form of criminality or suspicious behaviour bring it to the attention of a police officer.

‘The match has been deemed a Category C game which stands for high risk.’