A former Metropolitan police officer has dramatically named his uncle as the man responsible for one of Britain’s most notorious unsolved murders.

The 1987 killing of private eye Daniel Morgan, found in a London pub car park with an axe embedded in his skull, is the most investigated case in British history − but despite five inquiries costing tens of millions of pounds, no one has been brought to justice.

In a Channel 4 documentary to air tomorrow, Dean, whose father Garry faced trial for the murder alongside Glenn, says: ‘I asked my mum who was responsible… my mum told me that Glenn had killed him. Obviously I’m just repeating what I’ve been told – but I believe it to be true.’

Asked why he is speaking publicly now for the first time, Dean says that Morgan’s ‘children and his wife and his mum and his brother… deserve to know the truth’.

In another startling development, The Mail on Sunday has learned that Glenn, 62, died last week following a long illness, just 24 hours after the first episode in the three-part documentary, Murder In The Car Park, aired.

Glenn, Garry and two others went on trial for murder in 2011 but the case collapsed because of police misconduct. They sued for malicious prosecution, and last year won their case: Glenn received £155,000 damages and Garry was awarded £104,000. 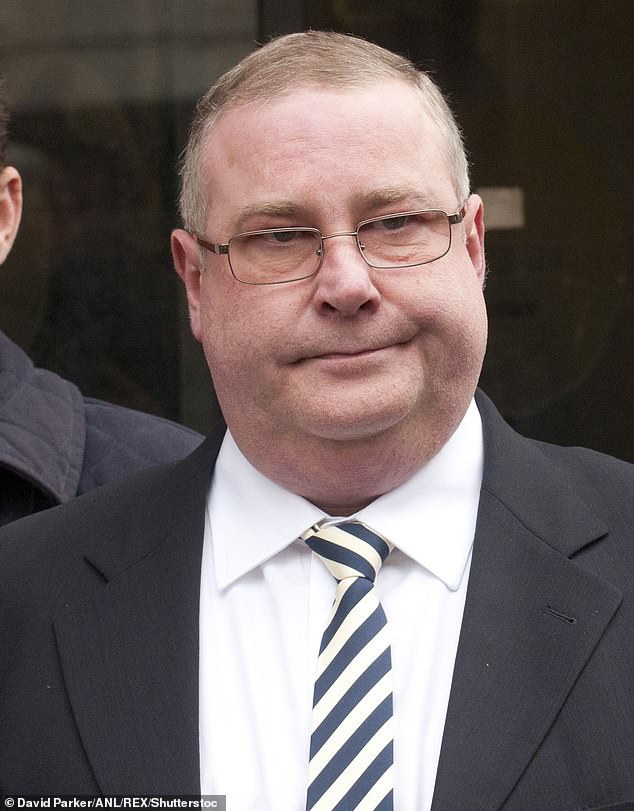 Glenn told the Channel 4 programme that he ‘wasn’t there, didn’t do it’, suggesting that if he had wanted to kill Morgan he would have done it ‘in his garage 20 seconds from where I live. All I had to do was wait for him to turn up at the garage, do him and leave him in there, if I had a grievance against Danny. ’

Dean made a statement to police about the murder in 2009, but told The Mail on Sunday his career was then ‘destroyed’ by the Met because of his family link to the case. It was only after detectives bugged Glenn’s home − buying the house next door so they could drill through the walls – that they realised Dean was related to him.

Former Met Commander David Zinzan recalls being ‘really p***** off that Dean had passed the vetting.’

Dean was also ostracised by his family, who branded him a ‘grass’ for making a statement implicating his uncle. ‘I was on my own with no one to turn to,’ Dean told this newspaper. ‘And it’s pretty much been that way ever since.’

Dean, who at the time was attached to CID as a trainee detective, was told that his life was in danger and put into witness protection.

Mr Morgan’s body was found slumped next to his BMW in the car park of the Golden Lion pub in Sydenham, South London, on March 10, 1987. Struck four or five times around the head with an axe, the ferocity of the final blow left the blade embedded in his face. A £800 Rolex watch had been taken, but an envelope containing £1,100 in cash in his pocket was not touched.

Over the years there have been many intriguing, often contradictory, claims about motive, but the dominant theory was that Mr Morgan was about to expose a network of corrupt police officers and their links to drugs money.

Glenn told Channel 4 of his dislike of the victim’s brother, Alastair, who has been campaigning for justice.

With all those charged denying involvement in the murder, where does that leave the case now? Former Met Assistant Commissioner Bob Quick says it has been ‘a stain on the Met’s reputation’ adding that it ‘brings together undercurrents of corruption, cover up, incompetence’.

Seven years after it was set up, the official inquiry into the murder has yet to deliver its findings, with Alastair Morgan suspecting police obstruction.

Scotland Yard have said ‘police corruption was a factor in the first investigation’ and say: ‘We will continue to explore any new information’.

lMurder In The Car Park is on Channel 4 at 9pm tomorrow.

WEAPON: An axe similar to the one used to kill Mr Morgan so savegely