More than 1,300lbs of candles, many penis-shaped, filled with meth worth $1million arrived in 27 cardboard boxes in Long Island on Tuesday.

A DEA task force allegedly tricked the group of drug dealers into delivering the boxes to a Paterson, New Jersey, warehouse, where they seized the boxes.

‘It’s kind of a cross between “Breaking Bad” and a “Sex and the City” case,’ a source told the New York Daily News.

The bust was part of a larger investigation into drug trafficking.

More than 1,300lbs of candles concealing crystal meth were sent to a New Jersey warehouse

Federal authorities believe that Mexican cartels are trying to create a market for meth in New York City.

‘DEA has seen drugs smuggled in numerous ways: concealed in puppies, lollipops, furniture and produce. But secreting a million dollars’ worth of methamphetamine in wax candles of various shapes is shocking,’ DEA Special Agent in charge James Hunt said.

Five alleged members of a Mexican cartel have been arrested and accused of conspiring distribute designer drugs. 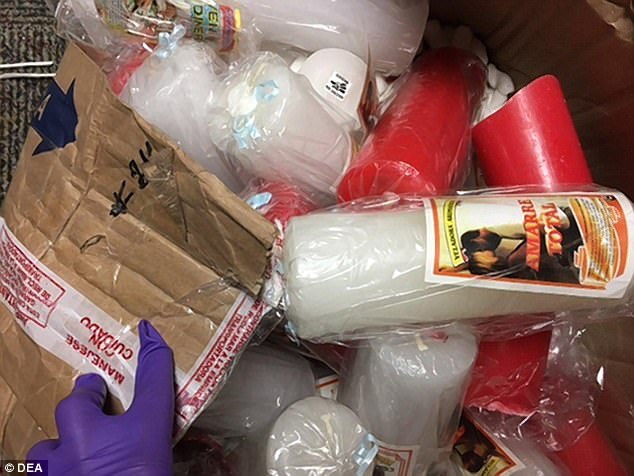 The defendants, a California man and woman and three Mexican men in the U.S. illegally, allegedly planned to use the warehouse to convert the methamphetamine into crystal meth.

Investigators learned about the New Jersey-bound shipment on when an undercover agent met with Zamora-Vega, alias ‘Julio Cesar’, in a Manhattan hotel.

The agent showed him an apartment in Yonkers and suggested it as a place to store methamphetamine and convert it into crystal meth.

When Zamora-Vega didn’t like the Yonkers spot, the undercover agent showed him the Paterson warehouse.

When Zamora-Vega and his co-horts loaded the meth candles into the warehouse, the DEA, Homeland Security Investigations and NYPD revealed themselves.

All five suspects were arraigned in Manhattan federal court. Four were remanded but Carrillo couldn’t make her $250,000 bail.

In 2013 more than 12.3 million people in the U.S. reported using methamphetamine at some point during their lifetime, according to a DEA report.

How crystal meth affects the brain 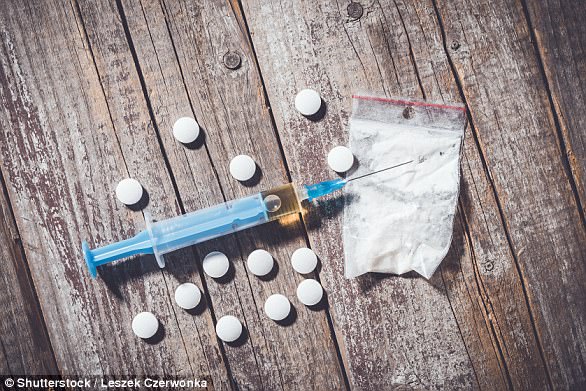