Police in Mexico have conducted a raid on an extremist Jewish sect known for advocating child marriage, arresting two men and reuniting a young boy with his father who left the cult.

Mexican federal police, with the help of a volunteer team of Israelis including former Mossad agents, stormed the Lev Tahor compound near Tapachula on Friday morning, according to a BBC report citing Israeli sources close to the operation.

Multiple children were rescued, and one, age three, was reunited with his father Yisrael Amir, a former Lev Tahor member who has been trying to gain custody since disavowing the sect several years ago.

Lev Tahor, dubbed a ‘dangerous cult’ by Israeli courts, has faced allegations of kidnapping and sexual abuse, and its strict rules mandating head-to-toe coverings for women have led some to dub the group the ‘Jewish Taliban’.

The group in Tapachula, which is in Mexico’s Chiapas state in far southern Mexico, has lived there since leaving Guatemala in 2014 following friction with locals and tourists there.

Lev Tahor members are seen in Guatemala in 2014. After facing friction with locals, the group soon moved across the border into Mexico, where a compound was raided on Friday 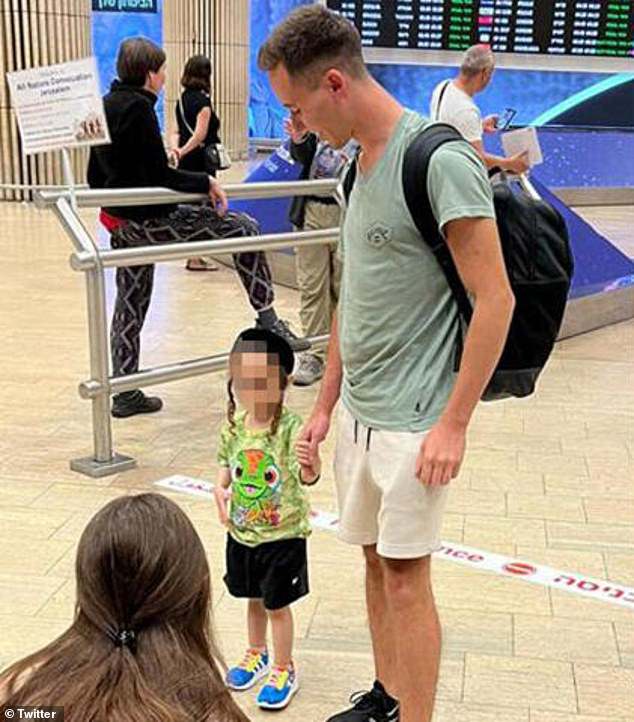 Yisrael Amir, a former Lev Tahor member who disavowed the sect years ago, is seen returning to Israel with his three-year-old son, who was rescued in the raid in Mexico 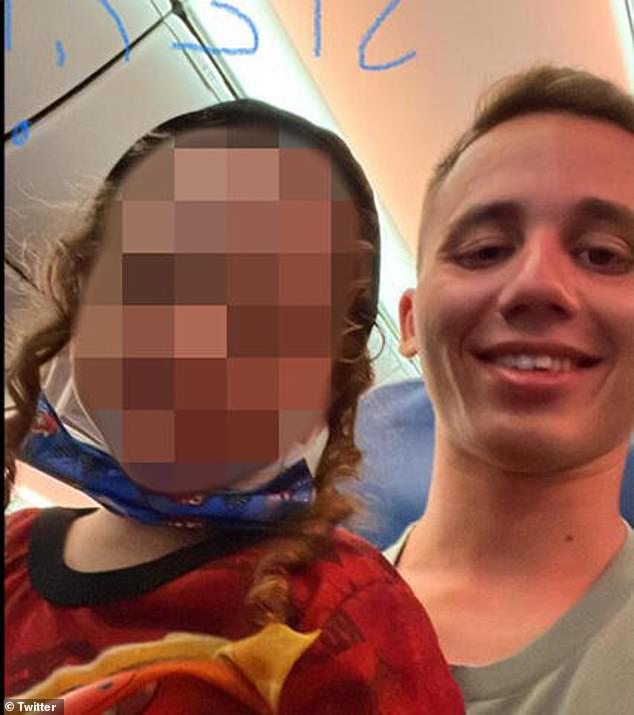 ‘From the moment I escaped, I only had one dream: to save my son from the nightmare of living in a cult,’ said Amir, seen returning to Israel with his son

Amir flew home to Israel with his young son, telling reporters after arriving at Ben-Gurion Airport on Tuesday: ‘From the moment I escaped, I only had one dream: to save my son from the nightmare of living in a cult.’

‘I now look forward to building my new life as a young father in Israel. I couldn’t abandon him to live a life of brutally strict rules, mind control, starvation and misery,’ he added, according to N12 News.

Israel’s foreign ministry said that 26 people were found in the compound on Friday, and that two of them, a Canadian and an Israeli citizen, were arrested on charges of human trafficking and sex offenses including rape.

Five more were detained for allegedly breaking immigration rules, and the remaining members, including children, are being housed by the Mexican Ministry of Welfare, Israel said.

Children in the group were quickly separated from the adults, due to fears that sect members would rather kill them than surrender custody, Israeli sources said. 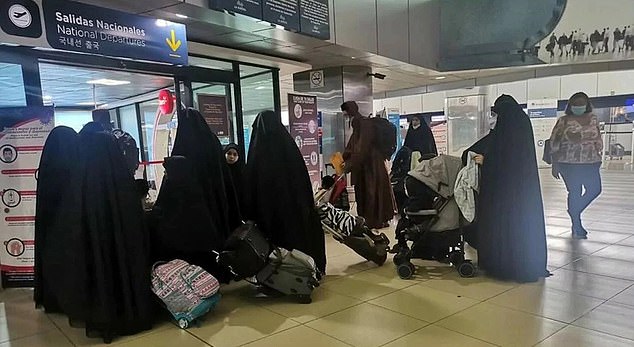 Members of Lev Tahor are seen at the La Aurora airport in Guatemala City in 2021. The group’s insistence on head-to-toe coverings for women earned it the nickname ‘Jewish Taliban’ 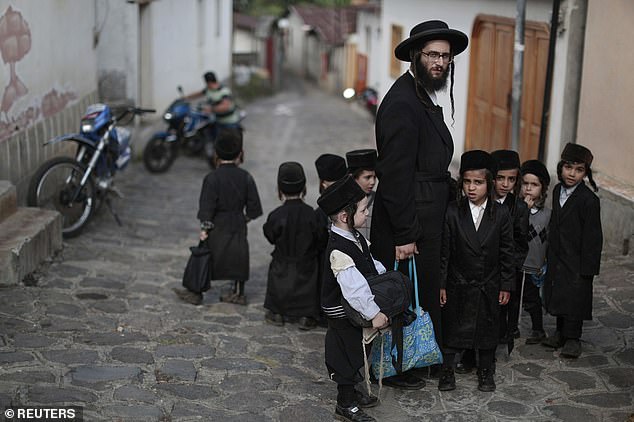 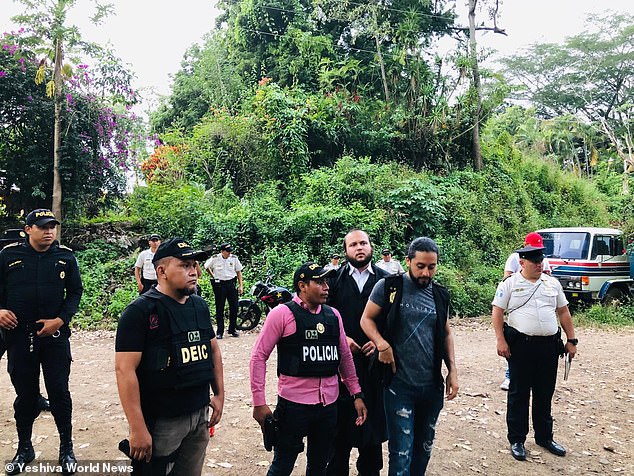 Police are seen raiding a Lev Tahor compound in Mexico in 2018, after a mother accused the sect of attempting to force her 13-year-old daughter to marry the son of a leader

The families detained in the raid also insisted they had the proper authorization and paperwork to live in Mexico.

Representatives for Mexico’s immigration agency and the Chiapas state attorney general’s office did not immediately respond to messages from DailyMail.com on Tuesday. 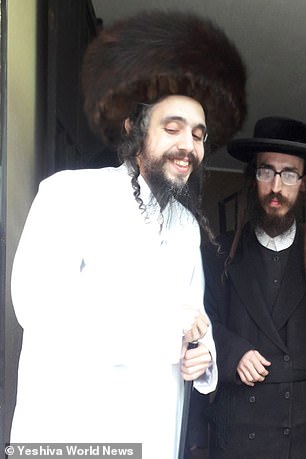 Nachman Helbrans, the son of the group’s founder, was convicted of kidnapping and child sexual exploitation crimes last year

Among those taken into custody in the raid were Israelis with dual citizenships including Canada, the US and Guatemala, Israel’s foreign ministry said.

Amir, the estranged father seeking custody of his son, and other family members of the sect have been pushing for years for Mexican authorities to crack down on the group.

A four-man volunteer team from Israel, including former Mossad agents, assisted the Mexican police in planning and carrying out the operation, according to the BBC.

Federal police and agents of the attorney general’s office carried out the raid following an investigation by the Special Prosecutor for Organized Crime (FEMDO).

Lev Tahor insists that it does not break local laws in the countries where its members reside.

The group, founded in Israel in the 1980s, has moved frequently and become scattered, with members living in the US, Canada, North Macedonia, Morocco, Mexico and Guatemala.

Last November, two leaders of the sect were convicted of kidnapping and child sexual exploitation crimes in New York. 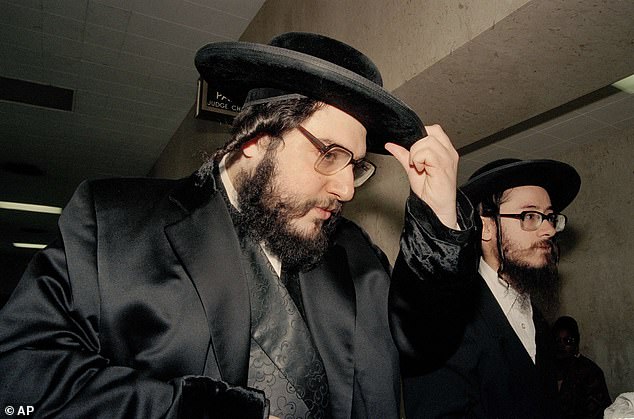 Shlomo Helbrans (pictured left in 1992) founded Lev Tahor in Israel, having been deported from the US for kidnapping a 13-year-old boy. He later gained refugee status in Canada, claiming he was being persecuted by the Israeli government for his anti-Zionist teachings

Nachman Helbrans, 39, and Mayer Rosner, 45, were each sentenced to 12 years in federal prison.

US Attorney Damian Williams said the men ‘brazenly kidnapped two children from their mother in the middle of the night to return a 14-year-old girl to an illegal sexual relationship with an adult man.’

The charges against the men included conspiring to transport a minor with intent to engage in criminal sexual activity, which carries a mandatory minimum of 10 years in prison and a maximum of life.

Helbrans, the son of Lev Tahor founder Shlomo Helbrans,  became the sect’s leader in 2017 and Rosner was his top lieutenant, prosecutors said.

Prosecutors said the younger Helbrans and his leadership team seized tight control of the group and embraced extreme practices including child marriages and underage sex.