A Mexican rapper has confessed to dissolving the bodies of three murdered film students in acid on the orders of a notorious drug cartel.

The trio were kidnapped, tortured and killed in the state of Jalisco by cartel members dressed as policemen after they were mistaken for rival gangsters.

Christian Palma Gutiérrez, better known as rapper QBA, has confessed to dissolving the bodies of three Mexican students in acid on the orders of the Jalisco New Generation cartel 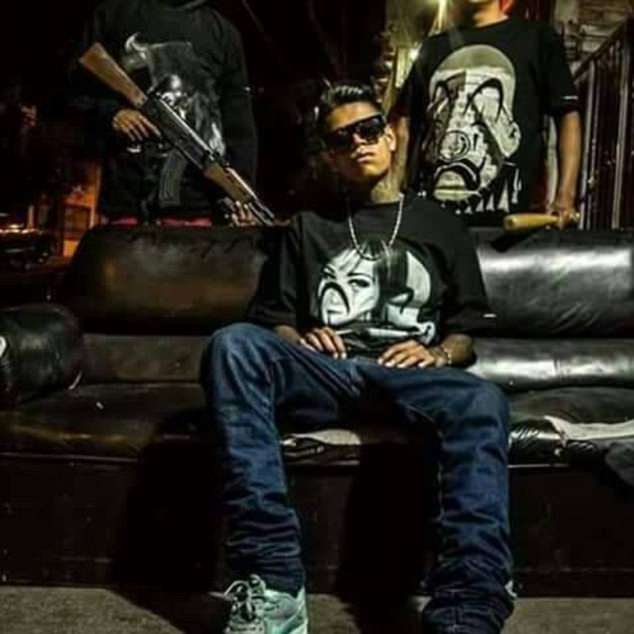 Gutiérrez told prosecutors that he had participated in three other murders and had dissolved bodies in acid before. He claimed he was paid $160 per week by the cartel for his services

Gutiérrez told Mexican prosecutors that he disposed of the bodies on orders from the Jalisco New Generation cartel, and it was not the first time he had disposed of remains in this way.

So far, QBA and one other suspect have been arrested in connection with the killings. Police are still searching for five other suspects.

The last time the students  were seen alive was after their car broke down.

They were seen being forced into another car by two armed men dressed as police officers in Guadalajara, Mexico’s second largest city, in the western state of Jalisco. 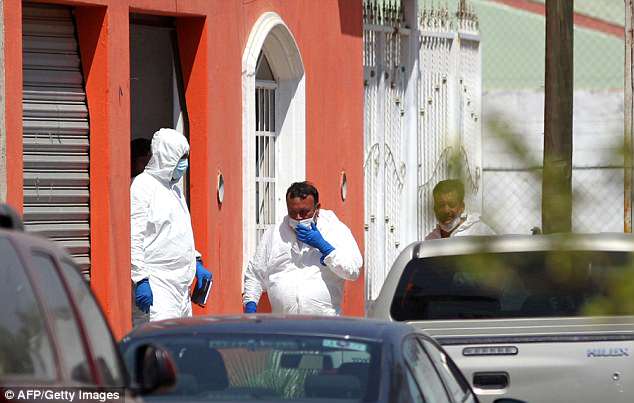 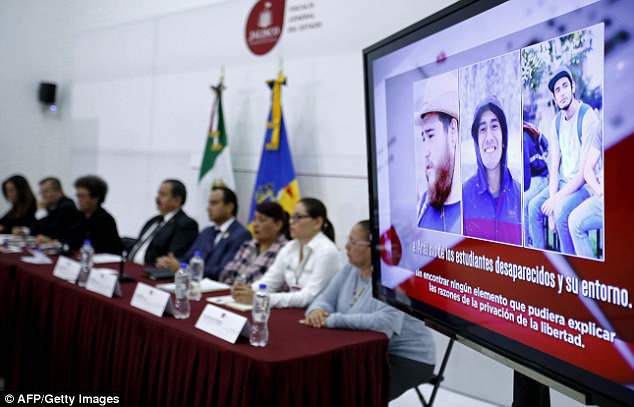 Javier Salomón Aceves Gastélum, 25, Jesús Daniel Díaz, 20, and Marco Garcia Francisco Avalos, 20, are pictured during a press conference Monday after investigators said they were confused for rivals of the Jalisco New Generation Cartel

Another official said that investigators are analyzing more human remains found on the premises of the building where the young men were dissolved.

‘There are no words to comprehend the magnitude of this madness,’ Oscar-winning director Guillermo del Toro, a Guadalajara native, tweeted early Tuesday.

Inside the Jalisco New Generation cartel

The former armed wing of El Chapo’s Sinaloa cartel, Jalisco New Generation – also known as CJNG – struck out on its own in 2011, declaring war on all other cartels in Mexico.

Over the course of a bloody six-month campaign, CJNG formed a coast-to-coast empire leaving hundreds of dead civilians and gangsters in their wake.

Based out of the state of Jalisco, they now have a presence in Michoacán, Veracruz, Nayarit, Colima, and Guanajuato.

Their biggest rivals are the Los Zetas, and the two cartels have been engaged in a long and bloody turf war.

At their head is Nemesio Oseguera Cervantes, otherwise known as El Mencho – a former avocado farmer who emigrated to the US in the 1980s before being deported.

He is known as a ruthless leader with a penchant for sensationalist acts of violence and is one of Mexico’s most wanted men.

‘Three students are killed and dissolved in acid. The ‘why’ is unthinkable, the ‘how’ is terrifying.’

On Monday night, families of the deceased protested to reject the official version about the disappearance of their loved ones outside of the Jalisco state Governor’s residence in Guadalajara

Prosecutors said the youths, who were students at University of Audiovisual Media, were confused with members of a another gang by gunmen from the Jalisco New Generation Cartel (CJNG), which has become the most powerful in Mexico, according to U.S. authorities.

Criminal groups in Mexico are known for kidnapping, torturing, dismembering and even dissolving their victims in acid and many of the remains are dumped in clandestine graves.

In 2014, 43 student teachers disappeared in the southern state of Guerrero and the government said they were kidnapped by police who handed them over to a criminal group that killed them and burned their bodies.

International observers objected to the government’s investigation and the case shook the administration of President Enrique Pena Nieto, who has seen his popularity decline sharply amid corruption allegations and a spike in violence.

More than 25,000 people were murdered last year in Mexico. Homicides hit their highest level in records going back 20 years. 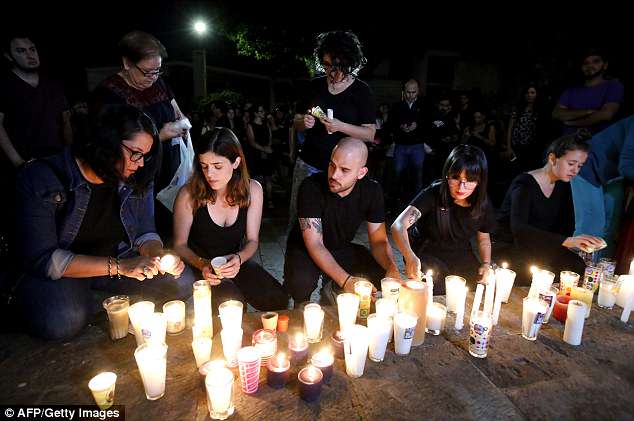 Relatives and friends of three missing students from the University of Audiovisual Media, place candles during a demonstration to reject the official version about the disappearance of their loved ones outside of the Jalisco state Governor’s residence in Guadalajara