Mexico says US, Canada could reach new NAFTA deal in 48…

The United States and Canada have told Mexico they could reach a compromise within 48 hours on keeping the updated North American Free Trade Agreement a three-country deal, the Mexican economy minister said Friday.

Speaking as he presented the Mexican Senate with the current US-Mexican agreement to update NAFTA – which does not include Canada, the third member of the original deal – Economy Minister Ildefonso Guajardo said Washington and Ottawa were making a ‘very serious,’ last-ditch attempt to bridge their differences.

‘For the first time, we’re seeing a real effort by both sides,’ he said.

‘In the next 48 hours, we will know if we are going with a trilateral agreement.’

Guajardo, Mexico’s top negotiator for ‘NAFTA 2.0,’ insisted that even if no 11th-hour US-Canadian deal is reached, a three-way deal would still be possible at some point in the future.

But that would mean ‘going ahead with a bilateral agreement and then later defining what legal actions we would have to take to maintain the possibility of a three-way deal,’ he said.

Economy Minister Ildefonso Guajardo, Mexico’s top negotiator for ‘NAFTA 2.0,’ has said Canada may still become part of the free trade agreement after difficult negotiations with the US

A Canadian government source told AFP that Canada’s top negotiator, Foreign Minister Chrystia Freeland, ‘is in constant communication with the Americans, both formally and informally.’

The United States and Mexico want to push their deal through their respective legislatures before Mexican President-elect Andres Manuel Lopez Obrador takes office on December 1.

In the United States, there is a three-month time frame for doing so — meaning Congress must have the text of the deal by Sunday.

US President Donald Trump has been pushing for a complete overhaul of the 25-year-old trade deal, which he says has been a ‘rip-off’ for the United States.

In August – more than a year into the negotiations – the United States and Mexico announced they had reached a two-way deal, after breaking away for bilateral talks on their outstanding issues.

But the ensuing talks to incorporate Canada have stumbled.

According to the negotiators, Canada’s insistence on a trade dispute provision and its protected dairy sector are the last major sticking points.

Ottawa is also seeking assurances that the United States will not, after signing a new NAFTA deal, turn around and hit Canada with punitive auto tariffs.

Tempers flared this week on both sides as the end-of-month deadline approached.

‘We’re not getting along with their negotiators,’ Trump said Wednesday of Canada.

‘Canadians are tough negotiators, as we should be,’ Trudeau fired back. 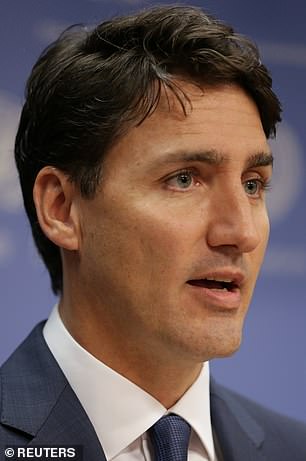 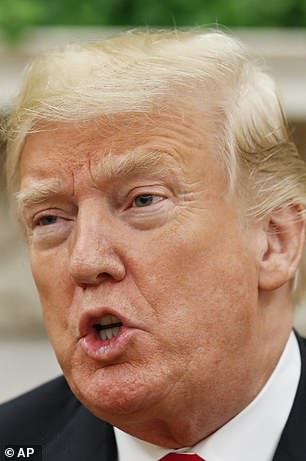 Canadian Prime Minister Justin Trudeau has said he won’t sign a bad deal for Canada, in the same way Trump has been insistent on getting better deals for the US with all of the nation’s trading partners

The politics are high-stakes on both sides: Trump needs to look strong heading into the US mid-term elections in November, while Trudeau does not want to be seen as caving with a general election looming next year.

The man whose impending inauguration is responsible for the rush — Mexican President-elect Andres Manuel Lopez Obrador — downplayed the importance of the end-of-month deadline.

‘There is no fatal date, there is still time to reach a deal,’ he told a press conference earlier Friday.

The leftist president-elect, a free-trade skeptic, had criticized NAFTA in the past. But his transition team played an active part in the recent negotiations, and he has firmly backed the US-Mexican deal — which he wants Canada to join.

Lopez Obrador, widely known as ‘AMLO,’ said he had spoken by phone Thursday with Trudeau.

‘He said the negotiations were very difficult, that it might not be possible (to reach a three-way deal), but that they (Canada) had made a proposal,’ he said.

He said there was a counter-proposal Friday from the United States.

‘That means the negotiations aren’t over yet,’ he said.

He reiterated his insistence that Mexico prefers to keep NAFTA a three-country deal.

But he said he considered the substance of the US-Mexican deal to be final, and that Mexico did not want to renegotiate points that had already been agreed with Washington.

‘We don’t want to put our economic future and our country’s financial stability at risk,’ he said. 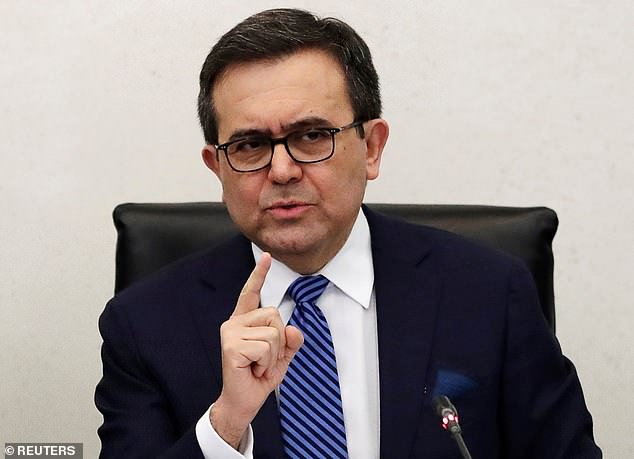 Guajardo insists even if no 11th-hour US-Canadian deal is reached, a three-way deal would still be possible at some point in the future