She will soon have to share the attention when she becomes a big sister for the first time, but for now Mia Tindall looks perfectly happy calling the shots.

The four-year-old showed off her boundless energy as she joined her pregnant mother, Zara, 36, and grandmother Princess Anne, 67, for a family day out at the Gatcombe Horse Trials in Gloucestershire on Sunday.

Mia beamed as she tore around the country event with her cousins Savannah, seven, and Isla Phillips, five, leading the older girls in a game of chase.

The trio later dissolved into giggles as they played leapfrog, with Mia emerging from the fun with a pair of matching grass stains on the knees of her jeans.

Catch me if you can! Mia Tindall, four, leads cousins Savannah, seven, centre, and Isla Phillips, five, in a game of chase as the trio enjoy a day out at the Gatcombe Horse Trials today 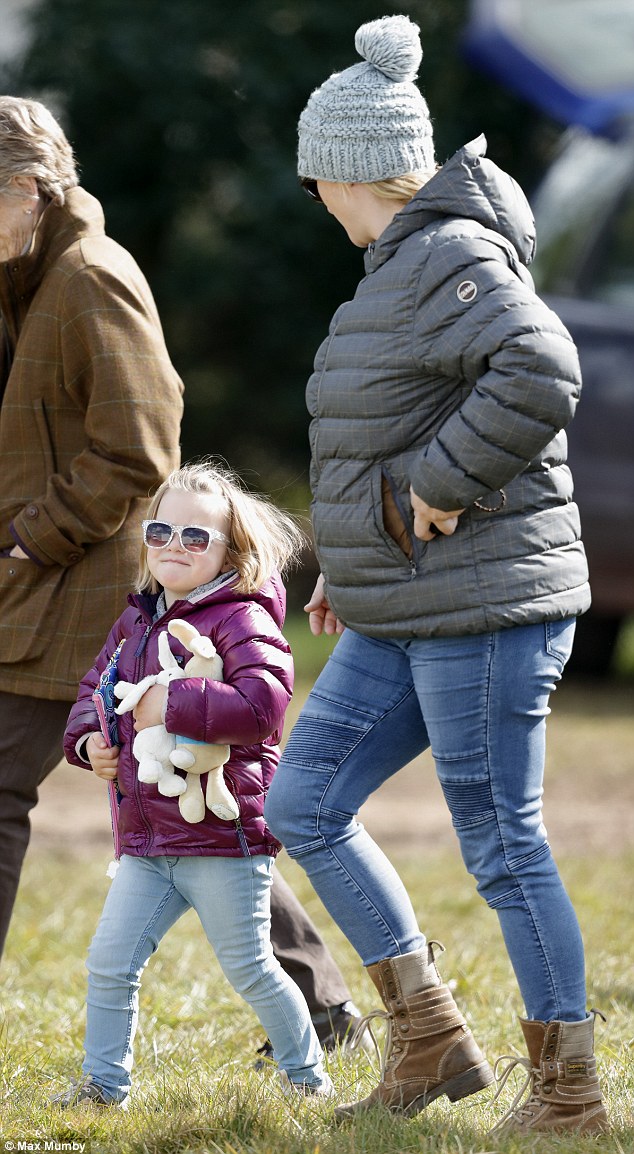 Mummy’s girl: Mia shows off her sunglasses as she strolls through the grounds with her mother, Zara Phillips, 36, who is pregnant with her second child 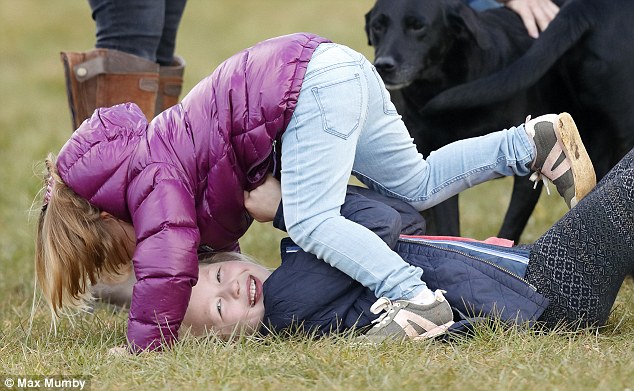 I’m the boss! Mia leapfrogs over her cousin Savannah, who can’t help but smile at the fun 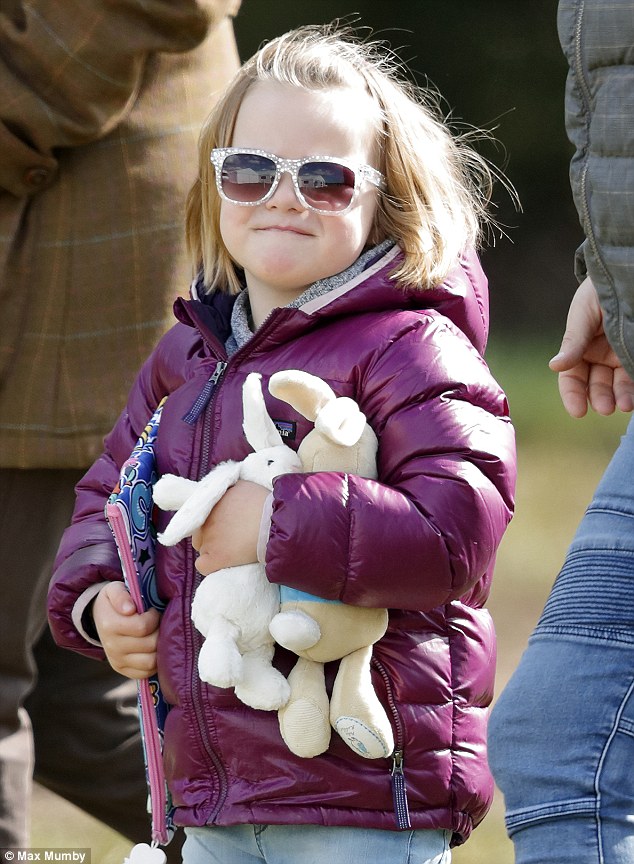 The twinkling little Tindall knew just how to make her cousins laugh, at one point kicking her legs up over her head after taking a tumble on the ground.

Keeping a close eye was a relaxed Zara and the girls’ grandmother Princess Anne, who owns the grounds where the annual event takes place.

Zara, who is expecting her second child with husband Mike Tindall, 39, covered up her blooming baby bump in a grey padded jacket.

She kept a low-profile as she moved through the crowds by wearing a grey beanie and a pair of sunglasses.

But her four-year-old daughter looked happy to stand out, donning a vibrant purple padded jacket and her own pair of oversized shades.

She walked around the venue clutching two bunny soft toys under one arm – and a patterned soft laptop case under the other. 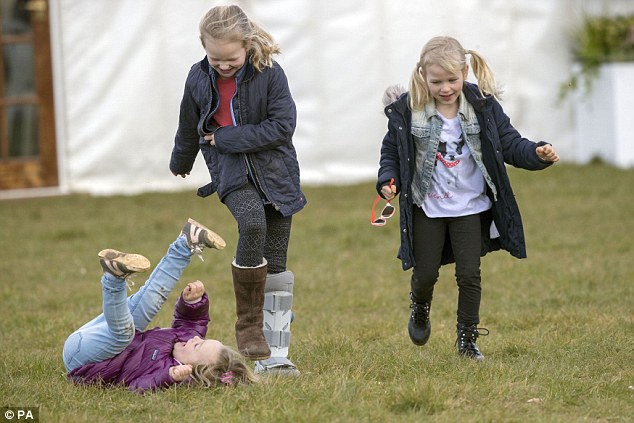 Taking a tumble! Mia makes her cousins laugh as she kicks her legs up into the air

Meanwhile Princess Anne looked ready for business in a two-piece tweed ensemble, with a walkie-talkie clipped to her vest pocket.

Zara and Mike announced in January that they are expecting their second child, believed to be due in the summer.

This means the Queen will become a great-grandmother again twice this year, with the Duke and Duchess of Cambridge expecting their third child in April.

The news came just over a year after Zara and Mike, who already have four-year-old Mia, suffered the heartache of a miscarriage.

The couple had announced at the end of November 2016 that they were expecting a sibling for their daughter, but sadly revealed that Zara had lost the baby nearly a month later on Christmas Eve.