Miami Dolphins officially rule OUT quarterback Tua Tagovailoa for Sunday’s game vs. the Patriots… but coach Mike McDaniel says player is ‘better than the day before’ after suffering second confirmed concussion of season

Dolphins quarterback Tua Tagovailoa has officially been ruled out for Sunday’s game at New England after suffering a concussion in Miami’s Christmas Day loss to Green Bay.

Miami coach Mike McDaniel said Friday that Tagovailoa is still in the NFL’s concussion protocol and is day to day as he focuses on his health.

‘He’s better than the day before,’ McDaniel said. ‘But I’m also trying to get a team ready to play this game, and it really doesn´t do anybody any service to over talk the scenario where he’s got to be focused on his health and nothing else.’

Tua Tagovailoa will not play Sunday vs. the Patriots as he remains in concussion protocol

Teddy Bridgewater will lead Miami in Sunday’s critical division matchup, which will be a factor in whether the Dolphins clinch their first postseason berth since 2016. The Dolphins can clinch the playoffs with a win and a New York Jets loss to Seattle, or a tie combined with a Jets loss and Pittsburgh Steelers loss or tie.

For Tagovailoa, it’s not clear when, or if, he’ll return to the field, but many current and former players have expressed concern for his long-term health after his second confirmed concussion of the season.

McDaniel has appeared equally concerned for his 24-year-old starting quarterback, but has chosen his words carefully, offering few details on Tagovailoa’s future. He said Friday that he has blocked out outside opinions ‘diligently’ regarding Tagovailoa’s health. 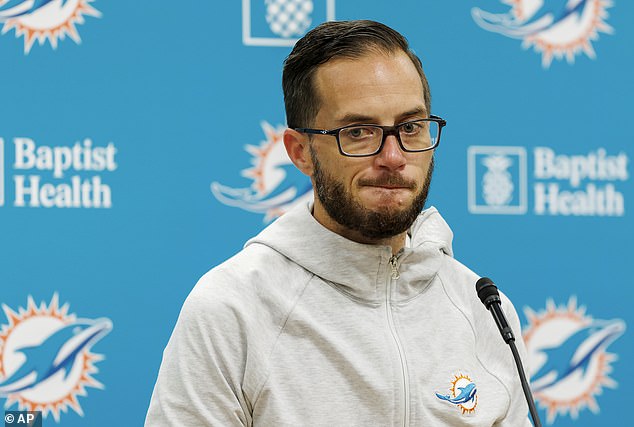 ‘I haven’t read or talked or heard anything outside of doing my job with the people that I work with,’ McDaniel said. ‘I think from an integrity standpoint, it’s important for me to do everything for the right reasons and not have influences either way with whatever the situation is.’

Tagovailoa was previously concussed in a Week 4 loss to Cincinnati on a play that knocked him unconscious and caused him to be stretchered off the field.

That was four days after he was allowed to return to a game against Buffalo after he appeared disoriented following a hit. 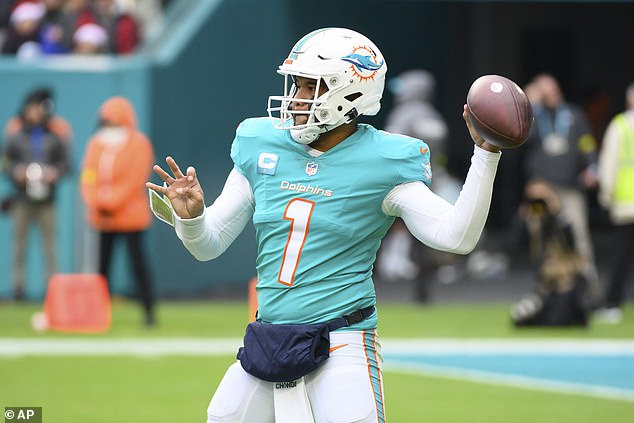 It was an unsettling scene as Tagovailoa wobbled when he tried to get back on his feet, and the NFL later changed its concussion protocol to mandate that any player who shows possible concussion symptoms – including a lack of balance or stability – sit out the remainder of a game.

When he returned for Miami’s Week 7 matchup against Pittsburgh, Tagovailoa spoke about how stressful the whole process had been.

‘It’s been a process, that’s for sure,’ Tagovailoa said in October. ‘Having to deal with the interviews with the NFL and the NFLPA and then having to go and see doctors outside with second opinions … but all of it is done for player safety. 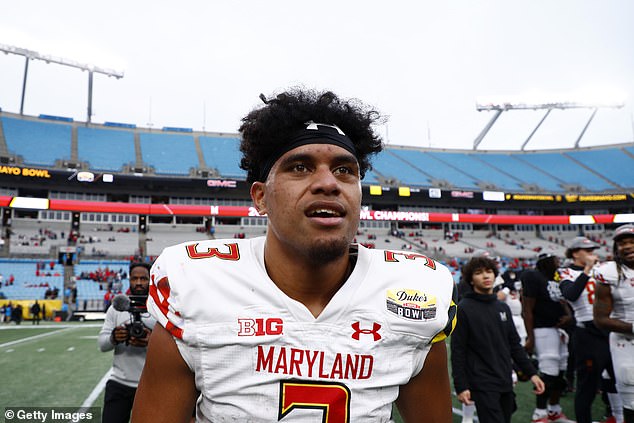 ‘I’m glad that I got to go through those things to kind of understand more of the deals of concussions and the effects.’

Tagovailoa’s brother, Maryland quarterback Taulia Tagovailoa, told the Associated Press on Thursday that he does worry about his brother’s long term health, given how much information is available on Chronic traumatic encephalopathy, or CTE, the progressive brain condition caused by repeated blows to the head.

‘That’s my brother,’ he said. ‘I want him to always be safe, but at the same time play the game that he loves and do what he loves to do and see him happy. In life I feel like we all have to make those tough decisions, regardless of what he feels like doing at the moment. There are lot more years and a lot of more time too, because he´s still young.’