Miami mom accused of drowning her autistic son, nine, in a canal after she faked his abduction pleads not guilty to first degree murder

Patricia Ripley, 45, is facing attempted and premeditated murder charges and being held in jail with no bond

A Miami woman accused of drowning her autistic son in a canal after claiming he had been kidnapped, has pleaded not guilty to murder charges.

Patricia Ripley, 45, is facing the death penalty after prosecutors in Miami-Dade County on Friday filed a notice of intent to charge the mom with first degree murder, The Miami-Herald reported.

Ripley did not appear at the court hearing via Zoom, where she was also charged with attempted murder, kidnapping, aggravated child abuse and filing a false police report.

Her attorney, Susy Ribero-Ayala, pleaded not guilty on her behalf.

The case, among others in the state of Florida, have been stalled after grand juries were suspended due to the coronavirus pandemic.

She is currently being held in jail without bond and is scheduled to appear in court again on August 18.

Ripley’s son, Alejandro Ripley, nine, was autistic and nonverbal. He was found floating in a canal near Miccosukee Golf and Country Club in Miami on May 22. 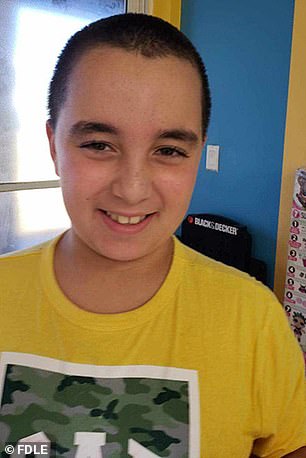 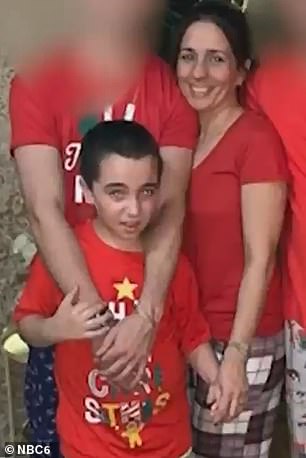 Patricia Ripley is pictured above with son Alejandro, nine

Footage obtained by Univision last month showed Ripley walking with Alejandro, stroking his head, then appearing to push him into the water. She then runs off screen before returning with neighbors who saved the boy.

Then, Fernandez Rundle said, Ripley drove her son to another canal.

‘Unfortunately when she took him to the second canal, and there was no one there,’ Fernandez Rundle said in an interview with The Associated Press.

‘She tried it once, and people rescued him. He was alive. He could have stayed alive. She intended, from all the facts of the case, to kill him.’

Fernandez Rundle said because the boy was nonverbal, he could not have told his initial rescuers what had happened with his mother.

‘He can’t say anything to his rescuers. We talk about children being voiceless. This is another level of voicelessness. He was incapable of saying that “mommy put me in the water.”‘ 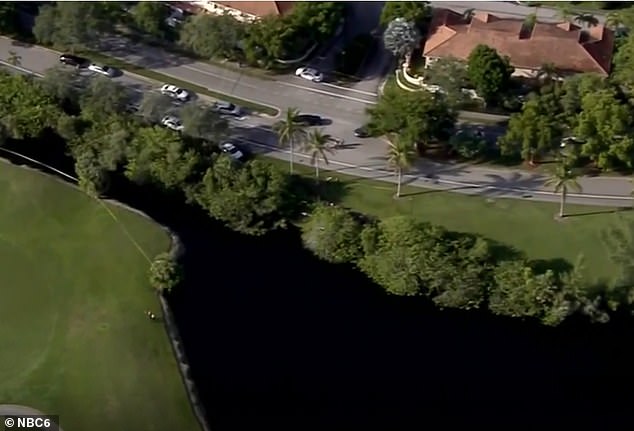 The Miami-Dade Police Department said the mother first claimed she was ambushed by two black men who demanded drugs and took her cellphone, tablet and son, before fleeing, prompting an Amber Alert in the area south of Miami.

The boy’s body was later pulled out of a golf course canal last month.

An arrest affidavit said she provided ‘conflicting statements,’ and finally was confronted with statements of witnesses and video footage showing the first attempt to push the boy into the canal.

The document said she recanted her story and admitted she drove to another site and led the boy into the canal stating ‘he’s going to be in a better place’.