Mica McNeill has seen her world turned upside down a few times over the past year – literally and figuratively – but one vision has remained steady throughout: winning a bobsleigh gold medal for Great Britain.

The effervescent 24-year-old from Consett, County Durham, will fly the Team GB flag on Tuesday and Wednesday at the Alpensia Sliding Centre outside Pyeongchang as the driver of the nation’s two-woman sled, alongside Mica Moore, also 24.

Whether their desired glory comes so soon or, more realistically, in Beijing in four years, remains to be seen. The two Micas are super keen, if occasionally green, which has led to some spectacular crashes. 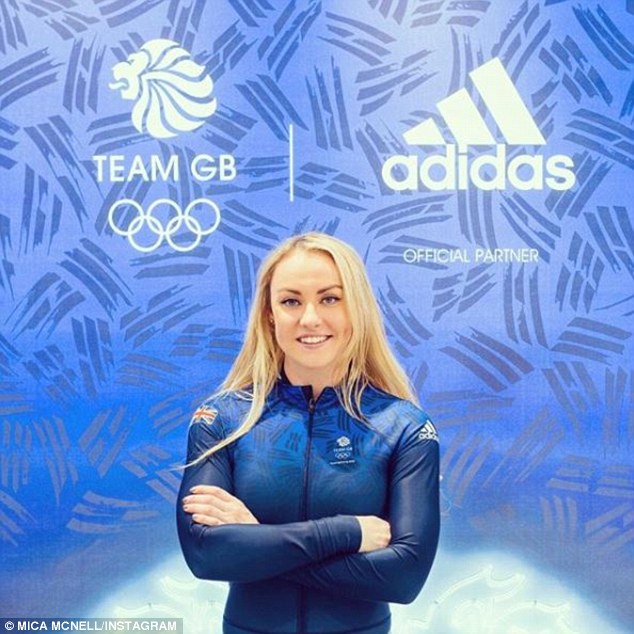 A top-six Olympic finish this week would be an excellent achievement. A podium would require a stellar day. Pictured: Mica McNeill 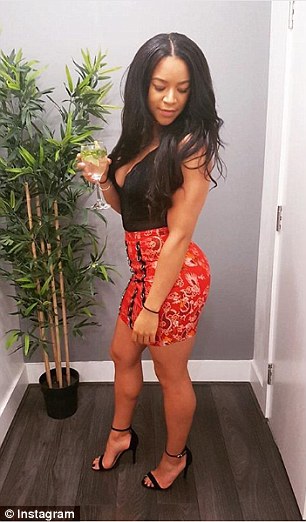 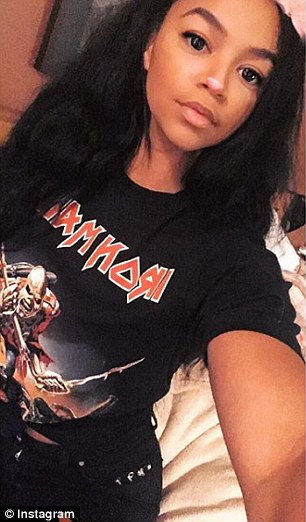 The two Micas are super keen, if occasionally green, which has led to some spectacular crashes. Pictured: Mica Moore outside of the sled 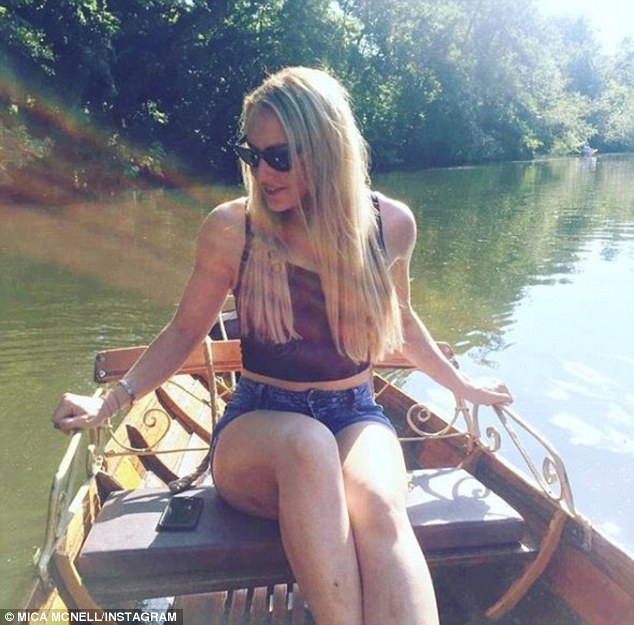 The truth is they are winners already, merely in making it to these Winter Games.

After a junior world championship gold medal just a year ago, their dreams of Olympic participation appeared to be smashed to smithereens as their funding was suddenly stripped in September by a hapless governing body, the BBSA.

That organisation was mired in controversy, accused of a culture of bullying, sexism, racism and financial waste.

‘They left it to the last minute, just weeks before we were supposed to depart abroad for the season [in October],’ says McNeill. ‘We were called into a meeting with the performance director and CEO and just told: “There’s no funding for you guys.”

‘We asked how they’d overspent [their budget] and were told they didn’t know. We asked how come the boys were getting funding when we had more potential. We didn’t get an answer.’ 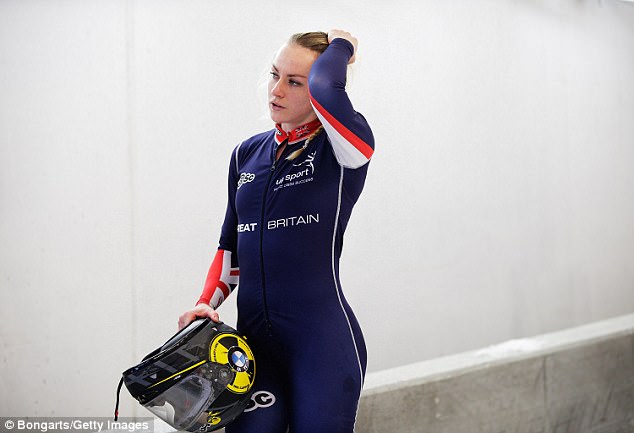 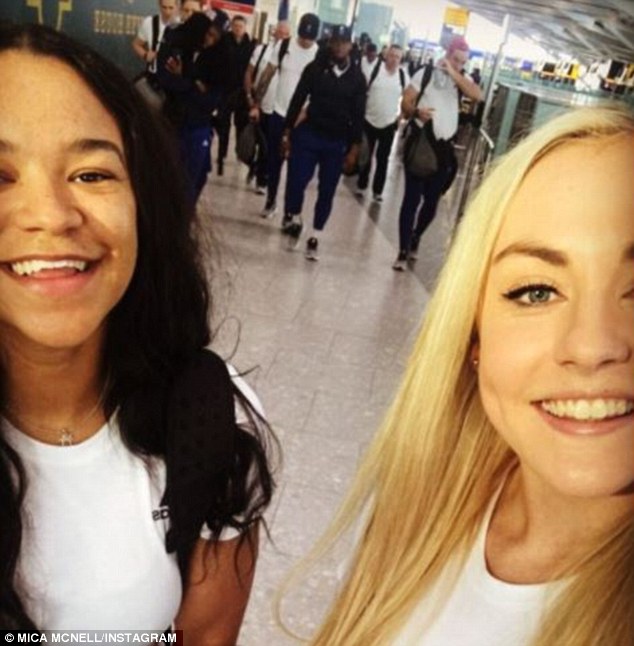 The effervescent 24-year-old from Consett, County Durham (right), will fly the Team GB flag on Tuesday and Wednesday at the Alpensia Sliding Centre outside Pyeongchang as the driver of the nation’s two-woman sled, alongside Mica Moore (left), also 24

Three men’s teams would remain funded. McNeill’s wouldn’t despite the junior world crown and obvious potential for senior medals. ‘That was it. It was a huge shock,’ says McNeill.

McNeill took to the internet, launching a crowd-funding appeal to try to raise enough to pay their way to South Korea. Astonishingly she raised £33,790 in a month, from 628 different individuals, later rising to £41,000 in total.

‘We’re powered by the people,’ she says, explaining how the connection to her funders now is so much more personal than knowing Lottery money is underpinning her work.

People play the Lottery out of self-interest, hoping to enrich themselves, she argues. ‘Those who have donated to us are guaranteed nothing back. They’ve just helped us from good faith.’

McNeill says 90 per cent of the money was ‘total strangers, including people who sent notes saying, ‘Sorry it can’t be more…’

‘It’s inspiring. It motivates you to work even harder. I wouldn’t say it’s extra pressure. It’s inspiring that more than 600 people have put faith in you.’ Followers of the two Micas on social media will be familiar with their ‘carpool karaoke’ sessions during the months before these Games as they drove themselves across continents in a van.

One of their signature tunes is from the musical ‘Wicked’, a song called ‘Defying Gravity’ that contains the heartfelt lines ‘I’m through with playing by the rules of someone else’s game’ and ‘If we work in tandem there’s no fight we cannot win’.

McNeil decided she was finished with playing by the rules of the blundering BBSA, or to be more specific the people in charge until recently. 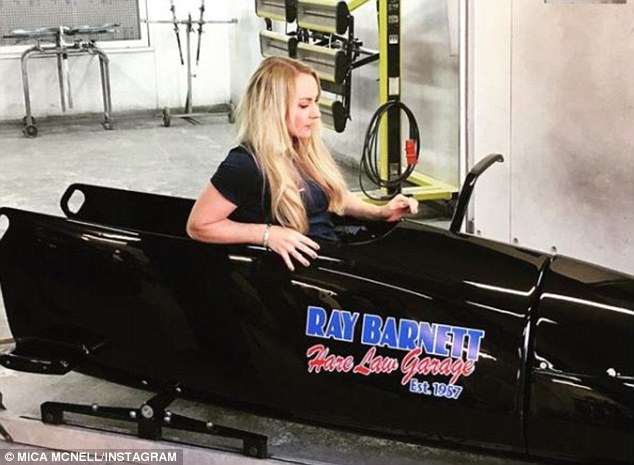 One of the team’s signature tunes is from the musical ‘Wicked’, a song called ‘Defying Gravity’ that contains the heartfelt lines ‘I’m through with playing by the rules of someone else’s game’ and ‘If we work in tandem there’s no fight we cannot win’. Pictured: McNeill 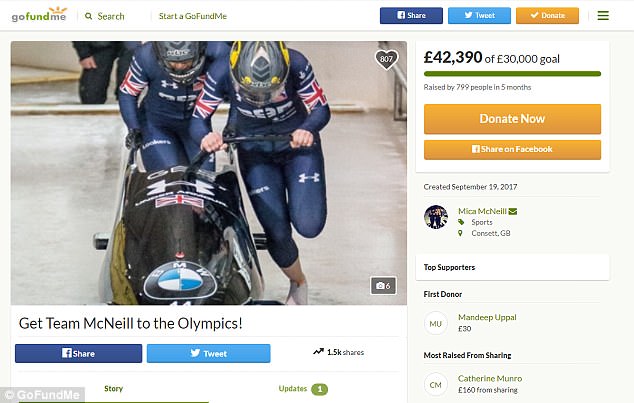 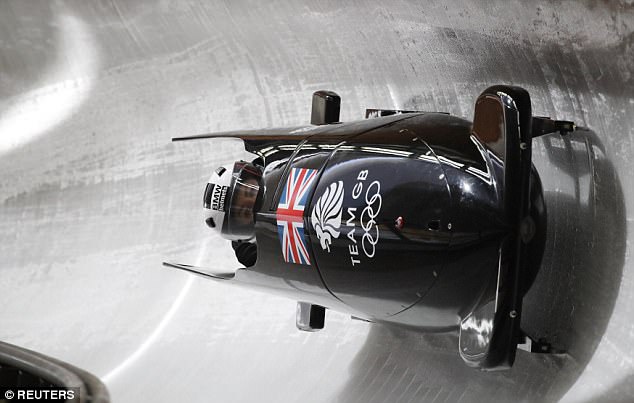 The pair are hoping to cause an upset in this year’s competition in Pyeongchang, South Korea

‘Bullying, racism and sexism – I did witness all of them but that was all under the old management and it’s different now under the new regime,’ she says.

Multiple key figures have departed since allegations that a coach said ‘black drivers do not make good bobsleigh drivers’, since £500,000 was spent on a supposedly high-tech new men’s sled that was not good enough for competition, and even since McNeill had her funding pulled.

The cash raised via the internet has been used primarily for transport costs for her sled (it weights 325kg) for the recent eight-race qualifying season across North America and Europe, and for living and training expenses for three months.

With an air ticket for the sled to North America to the first races costing £2,500 alone and each practice run costing about £40 in ice time (up to three a day), the need for cash racked up, but was met. 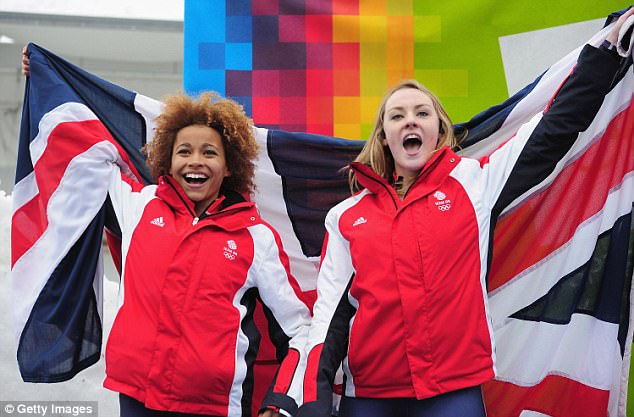 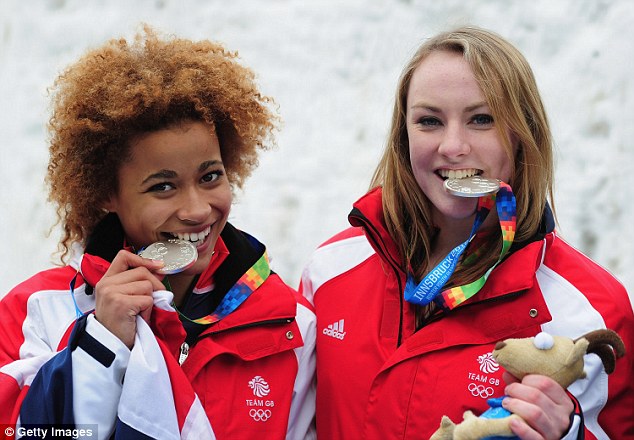 McNeill (right) won silver with Jazmin Sawyers (left) in the Two-Woman Bobsleigh event at the Olympic Sliding Centre on January 22, 2012 in Patscherkofel, Austria

A top-six Olympic finish this week would be an excellent achievement. A podium would require a stellar day.

McNeill at least has perspective. She rates the lowest day of her career as one that had nothing to do with the BBSA or funding, but a crash last January in which Moore ended up concussed and with a biceps injury.

‘Being told about funding – that was not my fault,’ she says. ‘Crashing the sled – that was my fault. That was why it was my worst day.’ Better ones surely lie ahead.