In this week’s cold open entitled ‘Days of Our Impeachment’ the cast of SNL spun the House Impeachment hearings into a soap opera where Avenatti, played by comedian Pete Davidson, made a surprise appearance and tried revive the Stormy Daniels affair scandal.

The sketched poked fun at how people seem to forget about him.

After the show aired Avenatti shared his tweet slamming the show, in what appeared to be a caricature of President Donald Trump’s tweeting style.

‘Nothing funny about tired Saturday Night Live on Fake News NBC! Question is, how does that total loser Pete Davidson save his dieing mediocre career by playing me and get away with these total Democratic hit jobs without retribution? This is the real quid pro quo. Investigate!!!’ he tweeted.

Michael Avenatti shared a tongue-in-cheek tweet bashing his portrayal on Saturday Night Live, echoing the tweeting style of President Donald Trump. In Sunday’s episode Davidson portrayed Avenatti (above) during the skit about the House Impeachment Inquiry 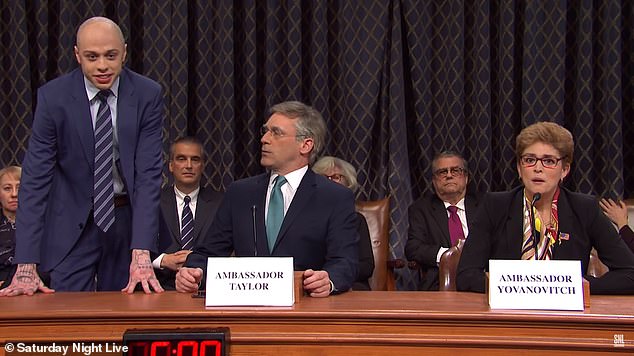 In the skin, Davidson acting as Avenatti stumbles into the Impeachment Inquiry in the House declaring: ‘I’ve got a bombshell that will change everything! The president had an affair!’

‘Fine I’ll go, but you haven’t seen the last of me…Who am I playing again,’ Davidson says, referencing a recent Jeopardy! episode in which none of the contestants could correctly answer the question ‘Who is Avenatti?’ 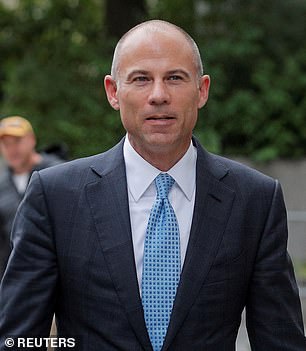 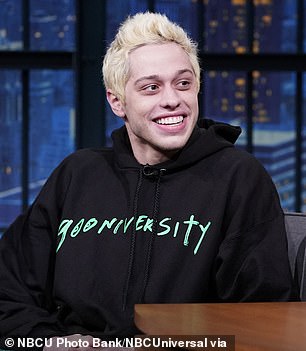 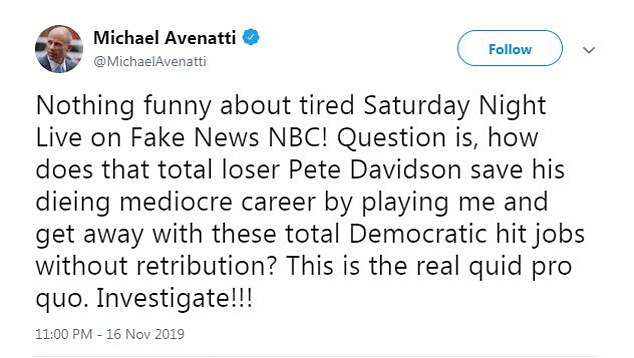 Avenatti’s bit closed out with him looking into the camera and announcing his name: ‘Michael Avocado’.

The 48-year-old lawyer is outspoken critic of President Trump and often posts tweets criticizing him.