Former Australia Test skipper Michael Clarke believes his former teammate David Warner should not be given a chance to captain again because he is too old.

With Test skipper Pat Cummins under an injury cloud for the second Test against the West Indies and no dedicated vice-captain installed by Cricket Australia, there has been speculation about who could slot into the role.

Warner has a lifetime captaincy ban for his involvement in the sandpaper cheating scandal in South Africa but there has been a significant push to have it removed.

However, Clarke believes that giving Warner a go in the twilight of his career would be nothing more than a PR exercise.

‘Tactically Davey is very good. I’ve watched him do the IPL and he’s been brilliant – one of the best – but at 36 years of age, I’d be very surprised if they go that way,’ Clarke told Yahoo Sport Australia. 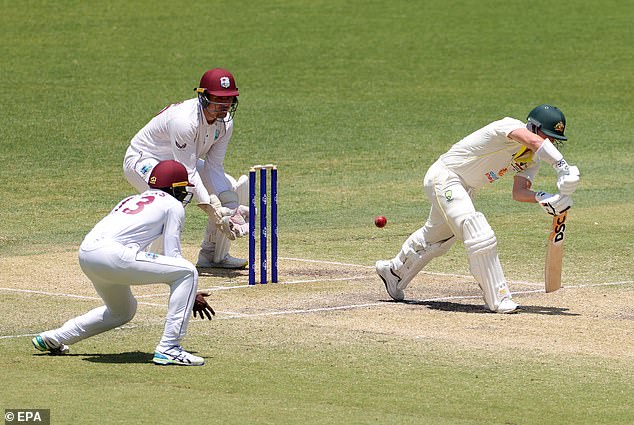 ‘I think they’ve made it pretty clear what they feel. If you’re fighting for Davey to be captain, it’s for marketing reasons.

‘I don’t think the BBL [Big Bash League] is the right opportunity for Davey to captain. I know he hasn’t been campaigning but he hasn’t shut it off, either. I think this story should disappear, fade away.’ 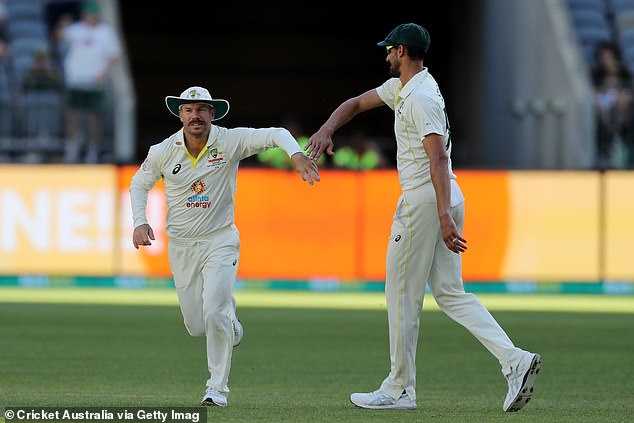 Warner said young leaders need to be identified and parachuted into roles like the vice-captaincy in a strong indication that he wants to see 23-year-old all-rounder Cameron Green elevated in the standings.

‘We should be promoting the youngsters as much as we can. We need to be finding leadership in our domestic cricket,’ Clarke said.

‘There should be five, six, seven players that are in a position to take over a leadership role if it comes up. I’m not sure if we’re working hard enough on that or see the importance of that.’

‘The fact, we don’t even know is unbelievable. Can you imagine an Australian cricket team where you don’t know the vice-captain?’ 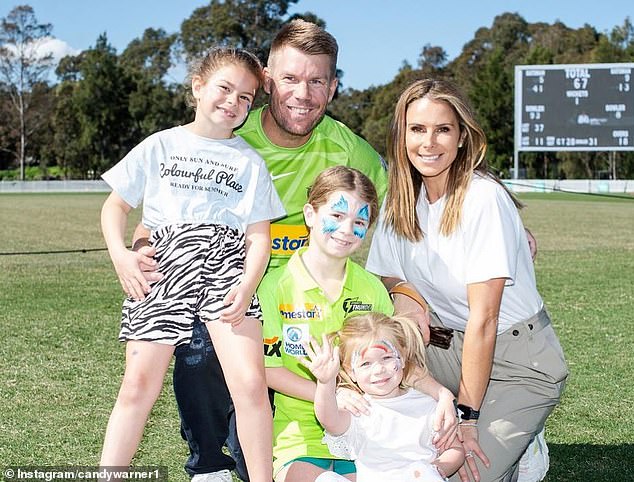 Warner knows his days are numbered in the sport, but is taking a one-day-at-a-time approach to his future in Tests, with a decision likely to come after the Australian summer of cricket.

‘It’s about balancing life at home with the kids and the wife,’ the 36-year-old told Fox Cricket.

‘You’ve got to realise yourself if you’re not into the training, if you’re getting out of bed going it’s an effort to get to training and stuff. I think that’s when (retirement thoughts) start creeping in.

‘That hasn’t happened yet for me. I’ve still got the bug. I absolutely love coming here and going out there with the boys and playing.

‘And looking forward to next year’s World Cup, I think that’s what will probably get me through. 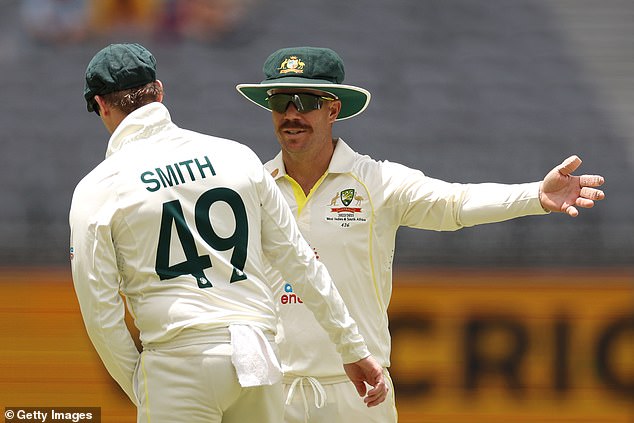 Former Test batsman Mark Waugh has called for Steve Smith to be reinstated as vice captain on a permanent basis to step in for Cummins whenever he is not available.

‘I’m not in agreeance with the rotating skipper, just giving guys the captaincy for the sake of it,’ he told Fox Sports.

‘I was surprised Josh Hazlewood got the captaincy in the one-day game – you’ve still got to earn the right to be captain of a country.

‘Steve Smith, he’s vice-captain, so whenever Pat’s unavailable and needs to be rested for the odd game, the odd Test match because you’re going to have to rotate the fast bowlers at some stage, then you’ve got a ready replacement in Steve Smith – I don’t see an issue there.’