The stylish wife of former NRL star Michael Gordon – once considered one of the game’s cleanest role models – stood by her man as he appeared in court on drugs charges.

Gordon, who played for the Panthers, Sharks, Eels, Roosters and the Gold Coast Titans before his retirement in 2019, was dressed in a blue suit and tie while carrying a black-and-white umbrella that he used mostly to shield his wife from torrential rain.

The ex-NRL flyer looked as fit as when he played either as a fullback or winger.

The former Blues Origin player was arrested in November 2020 in connection with a syndicate that was alleged to have distributed illicit drugs such as MDMA and cocaine across the NSW and Queensland border. 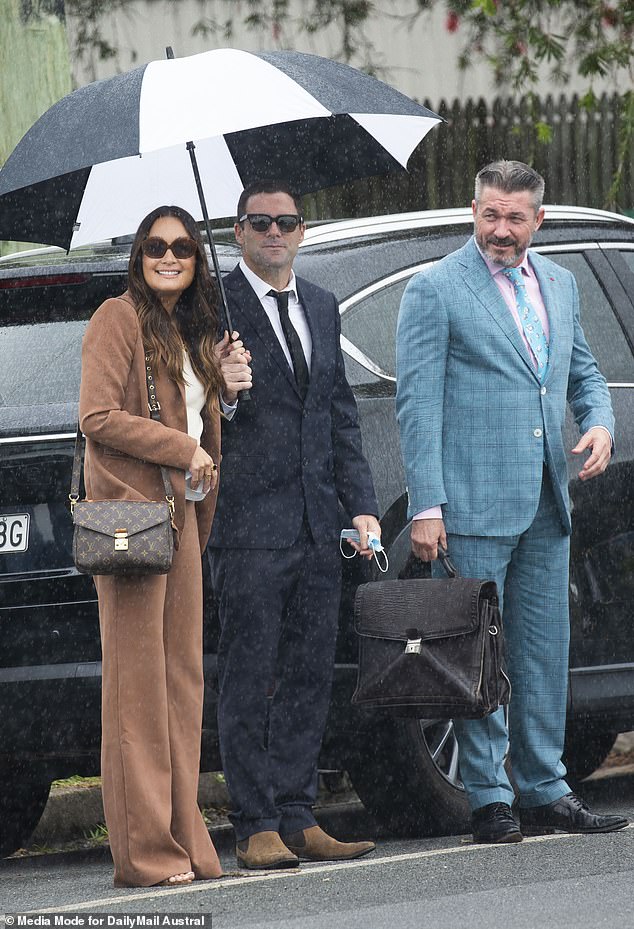 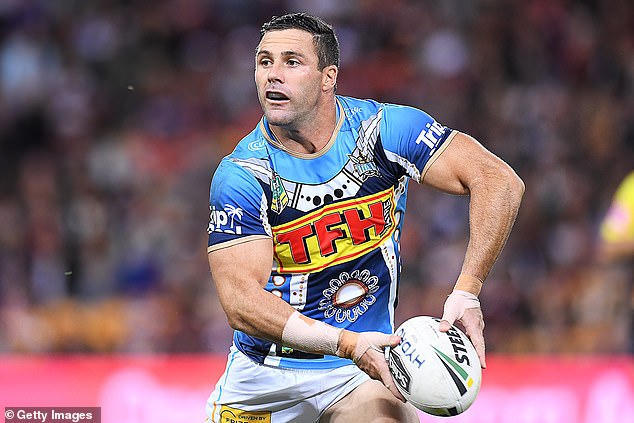 Gordon was ignominiously marched in handcuffs from his house in Casuarina, northern NSW, during the arrest.

He was subsequently stood down by the Titans from his role as a specialist coach with the team.

Six other people were also arrested and charged as part of the alleged syndicate, including professional surfer Tate Robinson.

Cocaine, MDMA, steroids, more than $60,000 cash, mobile phones and drug paraphernalia were discovered during the raids.

The 38-year-old’s lawyer Michael McMillan told the court that Gordon would plead guilty to all charges.

After waiting all day for the matter to be heard, Magistrate Geoff Dunlevy then adjourned the sentencing hearing to Murwillumbah Local Court on January 27, 2022.

It was originally thought Gordon would contest the two charges of supply of MDMA and cocaine. 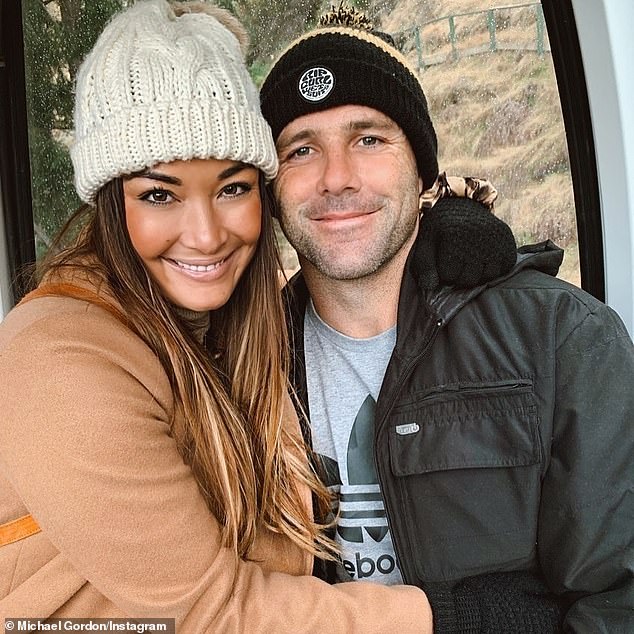 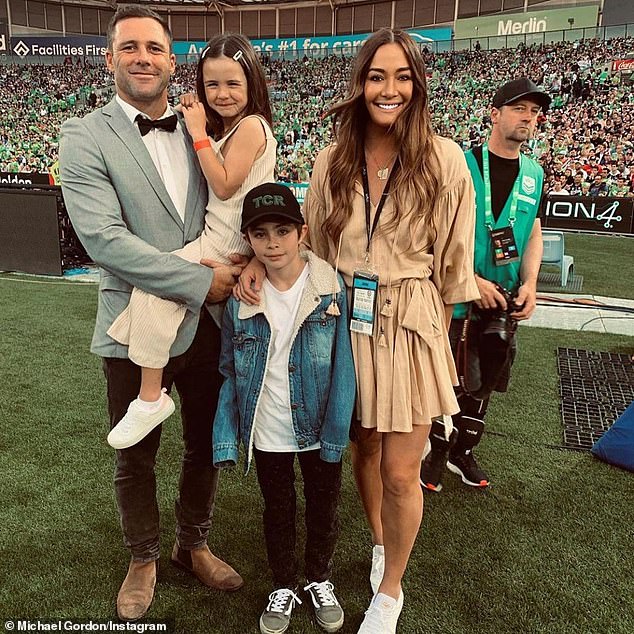 Gordon is seen above with his young family, above

A junior who was brought up in Cabarita in northern NSW close to the Queensland border, Gordon played one State of Origin game for the Blues in 2010.

It was widely considered Gordon would have played Origin again in 2011 but for a knee injury that put him out of the game for the season.

Known for his blistering pace – his nickname is, predictably, ‘Flash’ – and ability to beat defence returning the ball from the fullback position, Gordon was considered one of the game’s cleanskins.

A family man who has two children, with wife Tess, Gordon’s arrest took the game by surprise.

In December 2020, Gordon’s lawyer Michael McMillan described his client as ‘a little fish’ caught up ‘on the periphery’ of the syndicate. 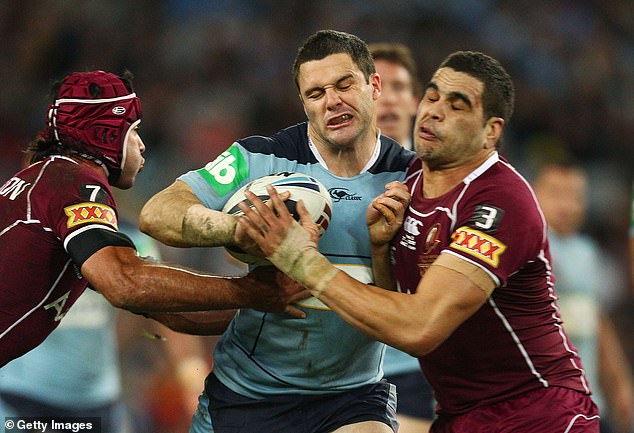 He said Gordon was ‘truly a man of character’ who had admitted to doing something wrong.

‘I think it’s just a really a sporadic one-off type activity, just unlucky to be caught up in the net at the time,’ Mr McMillan said in relation to the possession charge.

In 2019 Gordon had been nominated for the NRL’s Ken Stephen Medal, which recognises an NRL player’s off-field contributions to the community each year.

Gordon was nominated for his contributions to his local Cabarita community where he regularly volunteered to help with junior sporting programs and school visits.

‘I’m obviously proud about it and footy players do a lot of great stuff in the community,’ Gordon said when he was nominated.

‘I still remember when I was a little kid running onto Tweed Heads when King Wally [Lewis] was captain-coach and the buzz you’d get just from seeing rugby league players.’