Michael Gove has backed two prominent Brexiteers to win key broadcasting jobs as part of the Government’s drive to challenge the Left-wing’s grip on the Establishment.

In an interview with The Mail on Sunday, the Cabinet Office Minister said he would be ‘delighted’ if former Daily Telegraph editor Charles Moore became chairman of the BBC and former Daily Mail editor Paul Dacre took up the same position at the regulator Ofcom – citing the BBC’s ‘kill white people’ row as evidence of the need for change.

Mr Gove – who has been dubbed Boris Johnson’s ‘chief executive’ because of his far-reaching influence in the Government – said that when ‘you have a group of comedians who engage in a 30-minute seminar informed by Marxist ideas and they think jokes about ‘killing whitey’ are worth the licence fee, then you have to ask a question. And the question is, why should it be the case that people in Middlesbrough and Mansfield should pay out of their salaries so that Oxbridge graduates can trash their values in that way?’

The Mail on Sunday revealed two weeks ago that Lord Moore was being lined up as chairman of the BBC, and then last week that Mr Dacre was in contention at Ofcom, which regulates the broadcasting, telecommunications and postal industries.

Offering his support for their appointments, Mr Gove said: ‘They have been painted in primary colours as somehow demon kings. That is just not true. 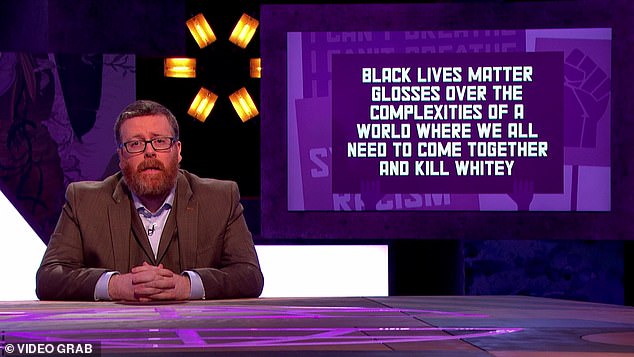 ‘There is a need for greater diversity in public appointments everywhere.’

In his exclusive interview to coincide with the annual Tory Party conference, he also:

Lord Moore, 63, has accepted an approach to replace Sir David Clementi when he steps down as BBC chairman in February, and has already discussed pay and conditions according to sources.

Mr Dacre, 71, who has been asked to consider succeeding Lord Burns at Ofcom, is understood to be favoured by No 10 because of his history of railing against the bureaucracy and Left-wing bias of the BBC, his support for freedom of expression and a determination to rein in giant digital monopolies.

Mr Gove said that while there was a ‘proper selection process’ under way – with Whitehall mandarins protesting that the jobs should not be ‘stitched up’ by Downing Street – he backed appointing Lord Moore and Mr Dacre to help to usher in cultural change.

He said: ‘Charles Moore is one of the most brilliant writers, journalists and thinkers in Britain today. Anyone who knows him knows he is open-minded, fair-minded, passionate about this country’s success.

‘The BBC is an amazing institution and Charles is someone who would bring a properly Reithian approach to it. He would want to make the BBC succeed.

‘Paul Dacre is probably the single most successful newspaper editor of the past three or four decades and he is someone who has defied expectations in the campaigns that he’s run on the environment and to pursue the killers of Stephen Lawrence.

‘Because both men are Right of Centre, and because both of them – like 52 per cent of the people in this country – thought we should leave the European Union, they have been painted in primary colours as somehow demon kings. That is just not true.

‘If you are seen as firmly Conservative, if you compound that sin by having been a Brexiteer and if you show no signs about being apologetic about either, then that puts you into a particular box. 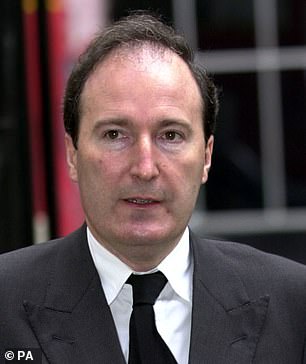 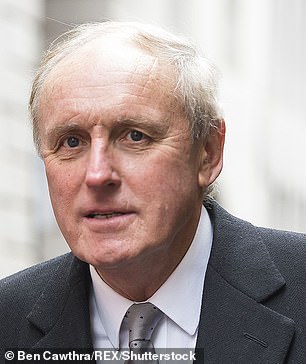 The Mail on Sunday revealed two weeks ago that Lord Moore (left) was being lined up as chairman of the BBC, and then last week that Mr Dacre (right) was in contention at Ofcom, which regulates the broadcasting, telecommunications and postal industries

‘I know people at universities who voted to leave, who don’t dare reveal that because of the prospects for their academic future.’

He said the row over the BBC’s banning of Rule, Britannia during the Last Night Of The Proms was the ‘exemplar’ of the situation, adding: ‘It should be a fun cultural moment in the life of the nation, but there were people who were afraid of our history and afraid of their own shadow who thought it was somehow the right thing to do to drive five minutes of patriotic music to the margins of our culture.

‘If you look at the world inhabited by some of the people who run our universities, or some of our major institutions, they are good, decent, open-hearted people but they have overwhelmingly been drawn from a narrow social circle with a particular set of views. There is still a golden circle of appointees and those deemed appointable and we just need to broaden that.

‘There are too many institutions where the people at the head of them inhabit that thought-world which is insufficiently open to the values and the experiences of the majority of people in this country.’