A punch-up between Michael Jordan and Steven Kerr addressed in hit documentary The Last Dance was witnessed by a visiting AFL coach who was then sworn to secrecy by the NBA legend.

Former Fremantle Dockers coach Gerard Neesham and assistant coach Neale Daniher were visiting a Chicago Bull training camp in the 1995-96 season when Kerr faced-off with Jordan during a practice match.

Kerr pushed back against his teammates’ aggressive play style before it turned violent and the pair traded blows.

The full extent of the bust-up has only recently been revealed in the 10-part documentary ‘The Last Dance’ focusing on Jordan’s last season with the Bulls.

Neesham said ahead of the series’ release he was sworn to secrecy by Jordan following the bust-up – who told him and Daniher ‘you didn’t see anything’. 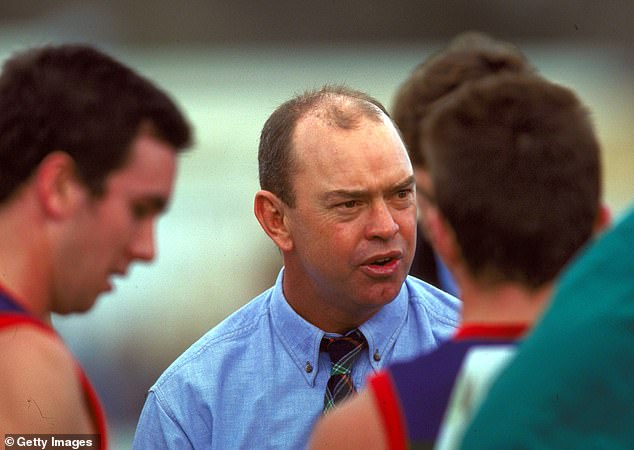 Gerard Neesham and assistant coach Neale Daniher saw the fight while sitting in a balcony above the practice match. Pictured in 1996 while coaching a match against Carlton

‘We were in this tiny little opera setting way above the training basketball courts, we were watching it and filming it,’ he SEN Breakfast.

‘There was an incident and then Michael Jordan came over to us and said: “You two Aussies”. We looked at him and he said: “You didn’t see anything”.

‘So I’m sort of bound by the fact that 22 years ago he said to me we didn’t see anything,’ he said. 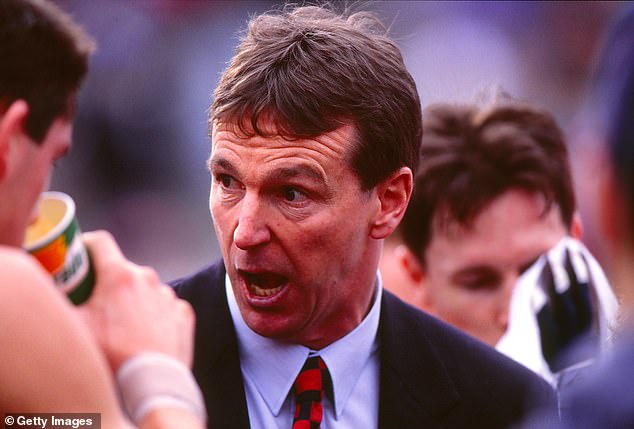 Jordan approached the pair after the fight and swore them to secrecy. Pictured is Neale Daniher during a match at the MCG

Neesham said he and Daniher watched over the training – as a guest of Australian Bulls star Luc Longley – for up to five days where they witnessed the sheer intensity of the Bull’s training.

‘We were watching people who are really going aggressive at training, really demanding a high standard and because we are only sitting in there for a few hours of each day for a few days, you get an understanding of the whole picture that I don’t think anyone has until this series has come out,’ he said.

Looking back at the fight, Kerr said he and Jordan were deeply competitive and it led to the blown up during the practice match. 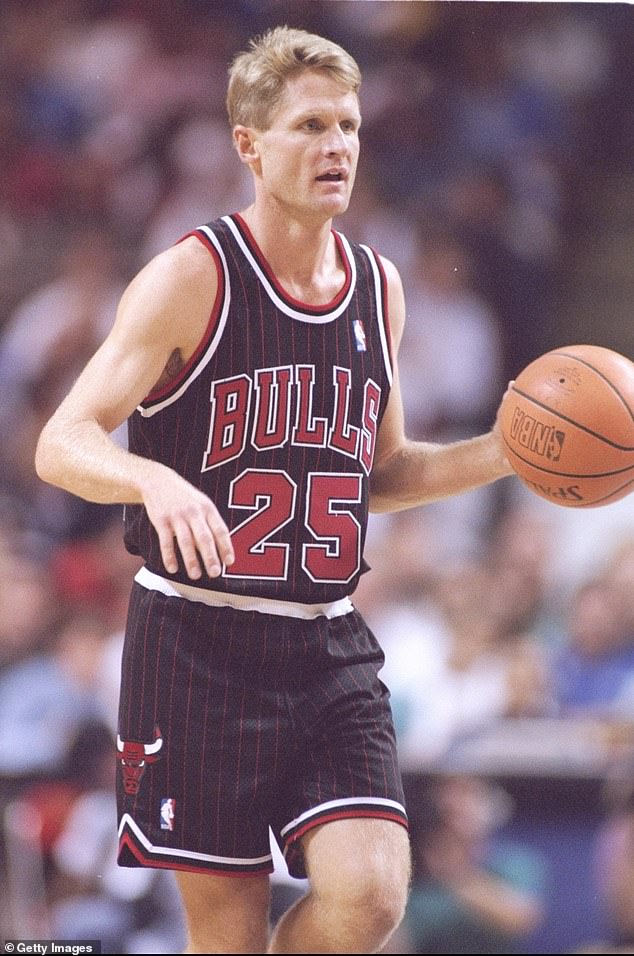 ‘I have a lot of patience as a human being, but I tend to snap at some point because I’m extremely competitive, too,’ Kerr said.

The snap saw Kerr throw a punch at Jordan who didn’t hesitate to fight back.

‘He hauls off and hits me in the chest, and I just haul off and hit him right in the f*****g eye,’ Jordan said.

Kerr said while the blow up was intense as the time it ultimately brough the teammates closer and helped them play better as a unit.

‘For me in that case, Michael was definitely testing me, and I responded, and I feel like I passed the test and he trusted me more afterwards,’ he said.