Michael Phelps opens up about his depression

Michael Phelps has revealed he contemplated suicide after winning gold at the height of his career in the 2012 Olympics.

The champion swimmer, 32, opened up about his years-long battle with depression for the first time in an interview this week, recalling the agonizing lows he battled through after each major tournament since 2004.

Phelps finally sought help in 2012 when two DUIs and a public foray into drug abuse tainted his all-American image, leaving the most-decorated athlete wanting to take his own life.

Now the father-of-one, whose wife Nicole Johnson, 32, is expecting their second child, is sharing his experience to break the stigma of mental illness and urge anyone battling depression to get the help they need.

Michael Phelps, 32, is pictured at the Kennedy Forum in Chicago on Tuesday where he revealed he struggled with bouts of depression after each Olympic Games since 2004 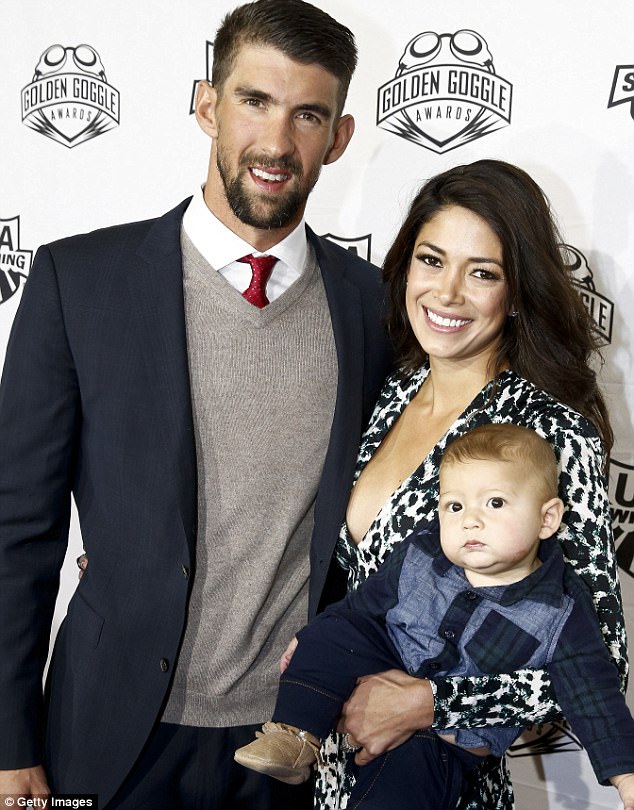 The father to one-year-old Boomer and husband to pregnant Nicole Johnson, 32, finally sought help in 2012 after contemplating suicide – crediting therapy for saving his life 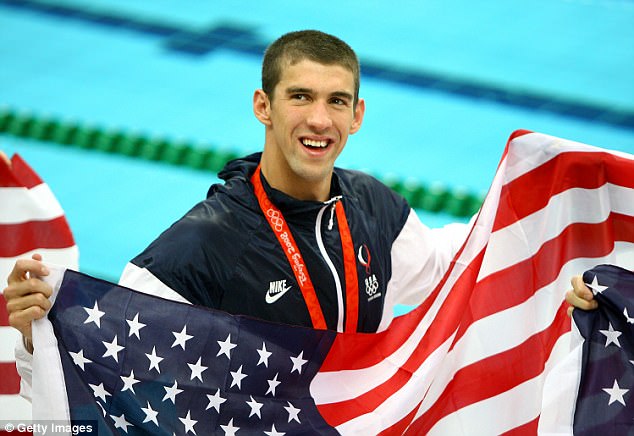 Phelps spoke to political strategist David Axelrod at The Kennedy Forum in Chicago on Tuesday as part of a national summit focusing on depression and other mental health issues.

He said he experienced his first ‘depression spell’ in 2004 – the same year the then-15-year-old won his first gold medal at the Athens Olympic Games.

‘Really, after every Olympics I think I fell into a major state of depression,’ said the gold medalist reported by CNN.

Then after taking home eight record-breaking gold medals in 2008, photos emerged of Phelps smoking from a bong that tainted his all-American image.

‘It would be just me self-medicating myself, basically daily, to try to fix whatever it was that I was trying to run from,’ he said.

Phelps has also been arrested twice for DUI.

He added that his lowest point came after the 2012 Olympics where he spent five days in his room without food or sleep.

Of his darkest moments he said: ‘You do contemplate suicide.’

It was then that Phelps sought professional help.

After years of ‘compartmentalizing’ his emotions, Phelps said he was finally ready to open up about what was feeling. 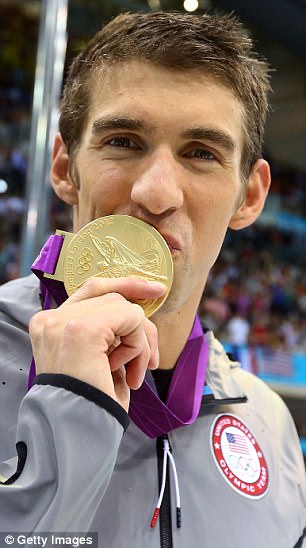 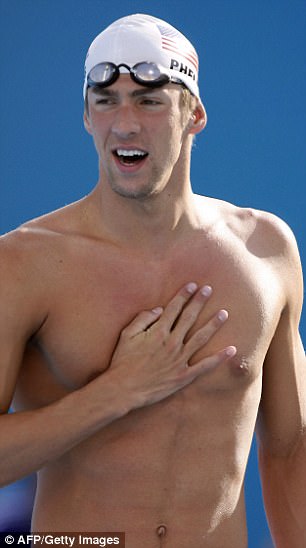 Phelps recalled his first day of therapy and said he was shaking from nerves because he knew a change was coming.

But once he began talking about his feelings he said life became easy.

Phelps is telling his story to combat the stigma of mental illness and encourage others in similar situations to seek professional help.

He said that helping others through his foundation is more gratifying than any of his athletic achievements.

‘Those moments and those feelings and those emotions for me are light years better than winning the Olympic gold medal,’ he said.

Twenty-five million Americans suffer from depression and suicide is currently the 10th leading cause of death.

Phelps credits therapy for saving him.

‘I am extremely thankful that I did not take my life,’ he said.