Mr Wolff claimed the former Labour leader was ‘sucking up’ to the new administration and angling for a job as Middle East envoy.

He claims he was sat a few feet away when he heard Mr Blair talking to Mr  Trump’s son-in-law trying to get a job.

Mr Blair has vigorously denied the claims, made in the Fire and Fury book, insisting there is not a shred of truth in them.

But appearing on the BBC’s Andrew Marr show today, Mr Wolff doubled down on the claim.

He said: ‘I sat in the White House on the couch listening, I wasn’t supposed to overhear this, but they were standing right there.

‘Jared Kushner [was] standing not 15 feet in front of me with Tony Blair, let’s choose my words carefully, sucking up to Jared Kushner.’

Challenged by the presenter over Mr Blair’s denial, the author hit backs saying: ‘I have to say Tony Blair is a complete liar… In this instance, absolutely.’

In his book, Mr Wolff also claimed Mr Blair suggested ‘the British’ may have ‘had the Trump campaign staff under surveillance’. 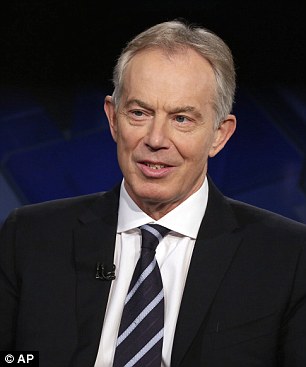 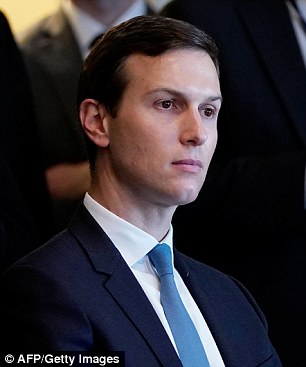 The former Labour leader hit back at the claims again today on Twitter, with his institute saying: ‘This story is a complete fabrication.

‘Michael Wolff has never been present at any conversation between Jared Kushner and Mr Blair.

‘He neither sought such a role from Jared Kushner nor was offered one.

‘And we note that many people have had the same experience with Michael Wolff.’

Mr Wolff also claimed that Mr Trump’s administration is ‘totally incompetent’ adding: ‘They have no idea what they are doing.’