Michael Zakhour gave a one-finger salute as he was removed from the Carnival Legend with his father, Zak Zakjour, and other family and friends at Eden, NSW on Friday

The young man at the centre of a shocking late night cruise ship brawl  which led to his family and friends being kicked off the boat can be identified.

Daily Mail Australia can reveal Michael Zakhour was at the centre of a series of vicious scuffles on board the Carnival Legend as it bobbed in the south Pacific shortly after midnight on Friday.

Shocked passengers watched as ship crew and other guests kicked and tackled the Melbourne teenager on Friday evening leaving him severely bruised.

In a video, Zakhour, dressed in orange and red striped boardshorts, can clearly be seen pushing away a cruise staff member and wagging his finger.

The stoushes led police to escort Zakhour – and a large group of friends and family including his father – off the ten-day cruise some 24 hours early.

‘They f***ed me up nicely,’ Zakhour told friends.

‘I can’t wait till court I’ll get my justice.’

In a Facebook post, he branded the guards who stopped him as ‘low life scum’ and claimed he had ‘about 15 guards kicking me in the head with steel cap boots’.

He claimed he was ‘stomped’ on and told ‘I hope you die don’t f*** with us blacks’ … and much more.’ Police and the cruise ship company are investigating. 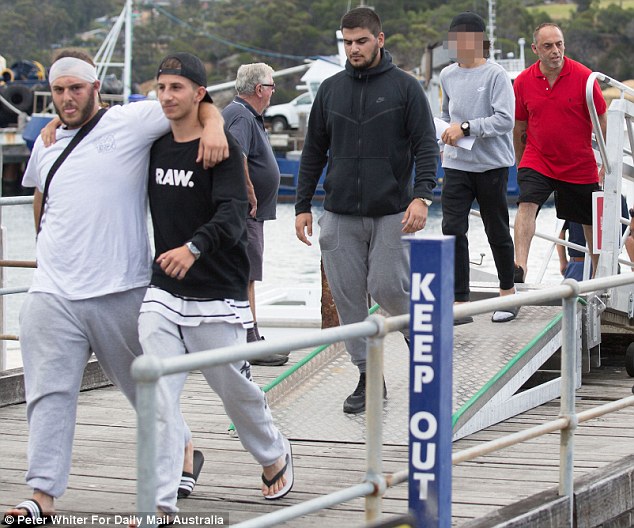 Bruise cruise: Michael Zakhour, left, with arm around relative Sam Nanfaro, friend George Bharko and his father Zak Zakhour close behind – as they were escorted off the cruise ship by police on Friday 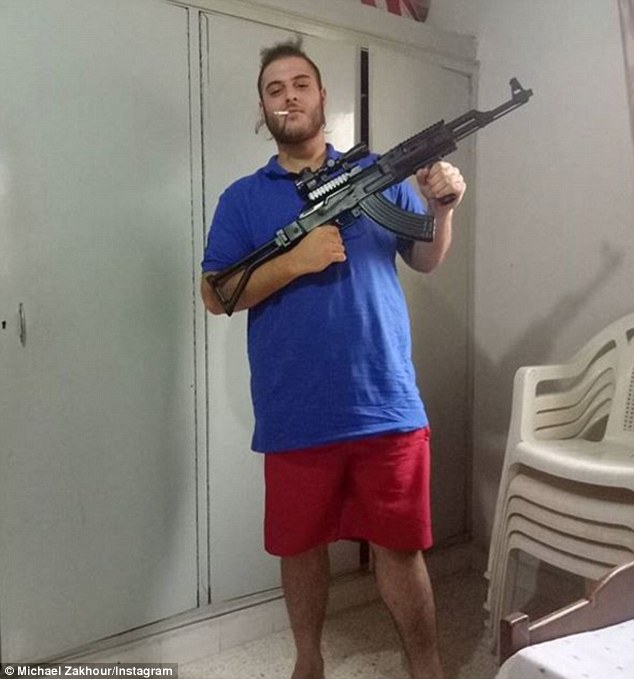 Michael Zakhour brandishes an AK-47 during a trip to Lebanon

A further clip shows him being tackled to the ground by a blonde man and then being kicked by a security guard.

Sam Nanfaro – one of the men who stepped off the cruise ship with Zakhour – claimed online that the media ‘have it all wrong’.

‘Carnival will be seeing me (in) court,’ he said.

Approached for comment on Tuesday, Mr Nanfaro declined to comment ‘until we have heard from our lawyer’.

Daily Mail Australia is not suggesting Mr Nanfaro or the other persons shown disembarking were involved in the violent brawl, just that they were escorted off the boat.

Zakhour, left, is seen smoking during the trip to Lebanon last year. Relative Sam Nanfaro, who accompanied him on the cruise, is on right 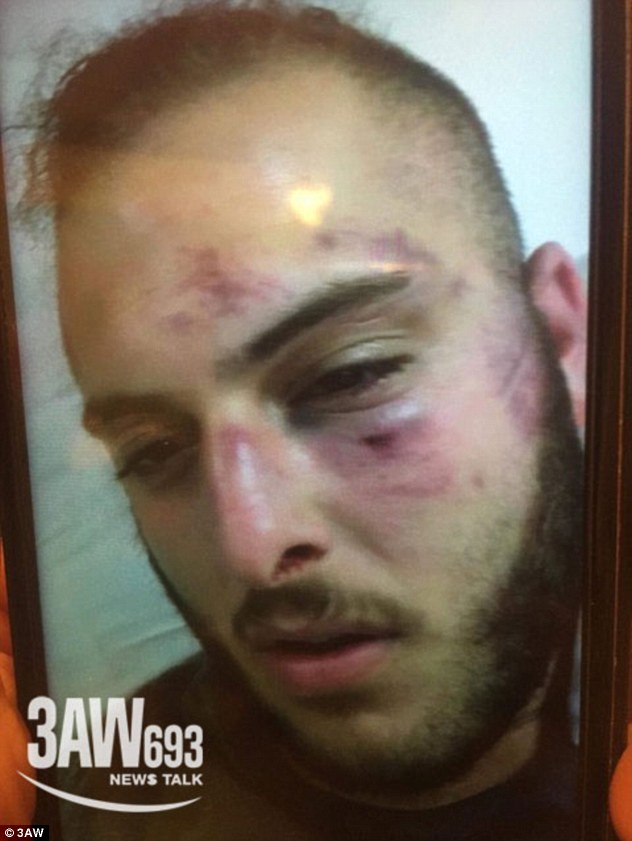 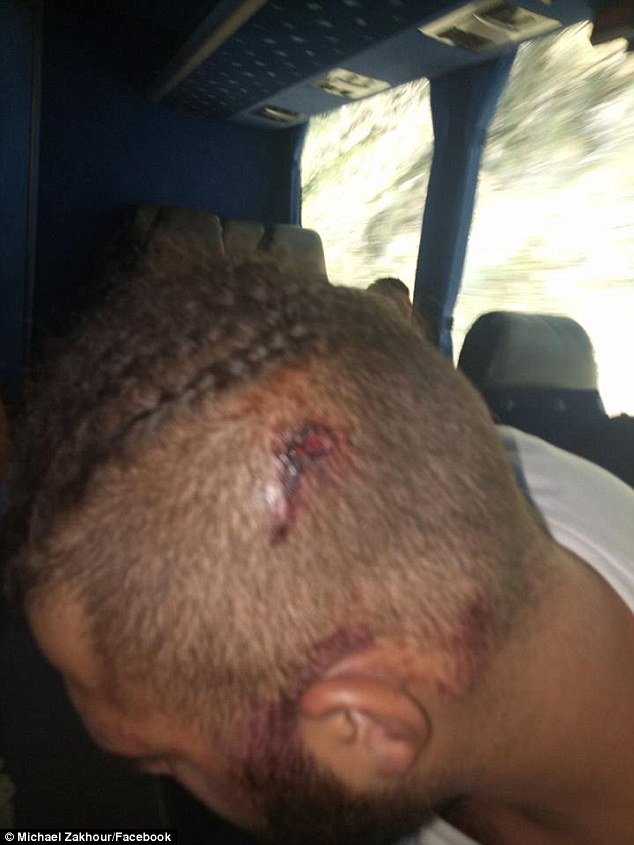 Another man seen disembarking from the boat with police is George Barkho, 20, whose relatives said he is ‘not a fighter’.

His father, David, has rubbished claims his family was at the centre of it all as ‘all lies’.

‘None of what is being said is true. It’s all in the hands of our legal team,’ he said at the weekend.

‘Members of my family are receiving medical attention at the hospital now.’

Two further relatives said there was only one Barkho on the boat – George. One family member said he was ‘just a friend’ of the others. 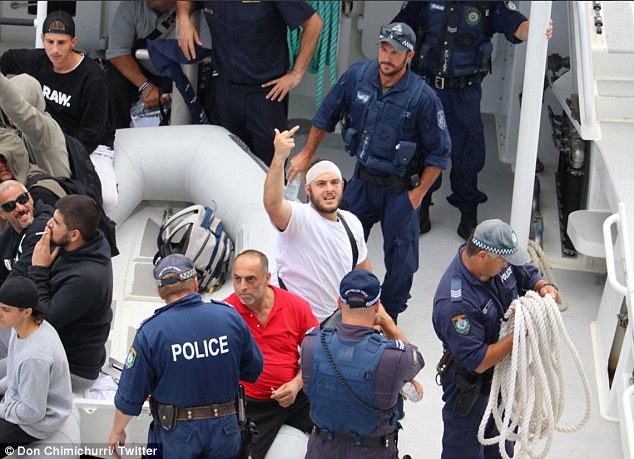 Michael Zakhour’s friends said he ‘copped it hard’. He wore a bandage and was heavily bruised as he left the vessel 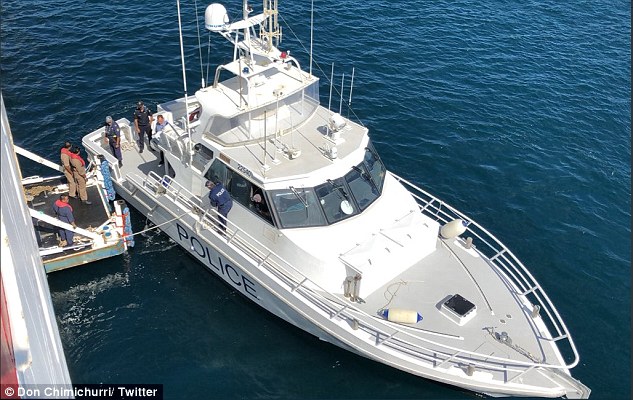 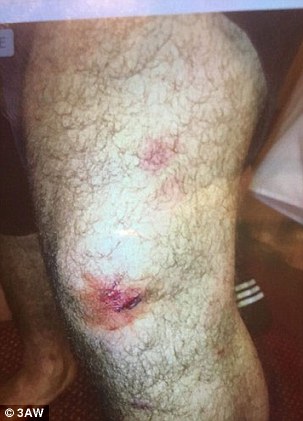 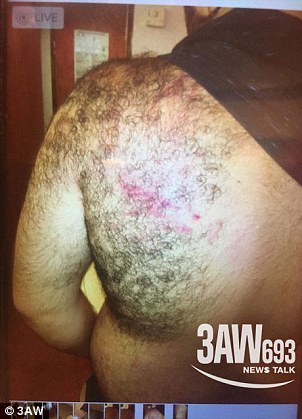 More of Michael’s injuries: He was allegedly kicked while he was pinned to the ground and received cuts and bruising to his face, back and legs (Pictured left and right) 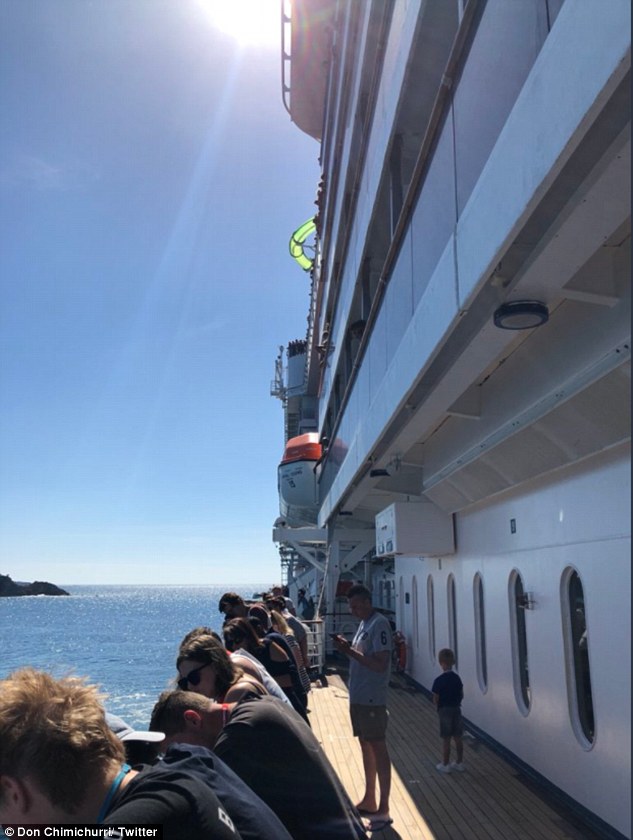 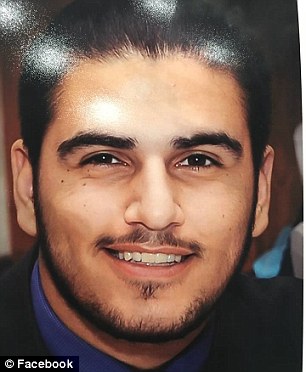 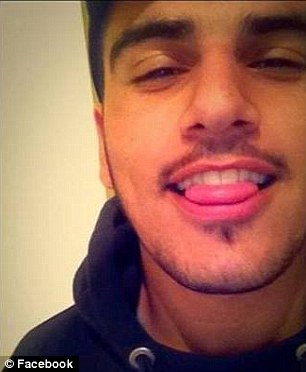 George Barkho (pictured left and right) left the cruise ship with family. It’s not suggested he was involved in the brawl 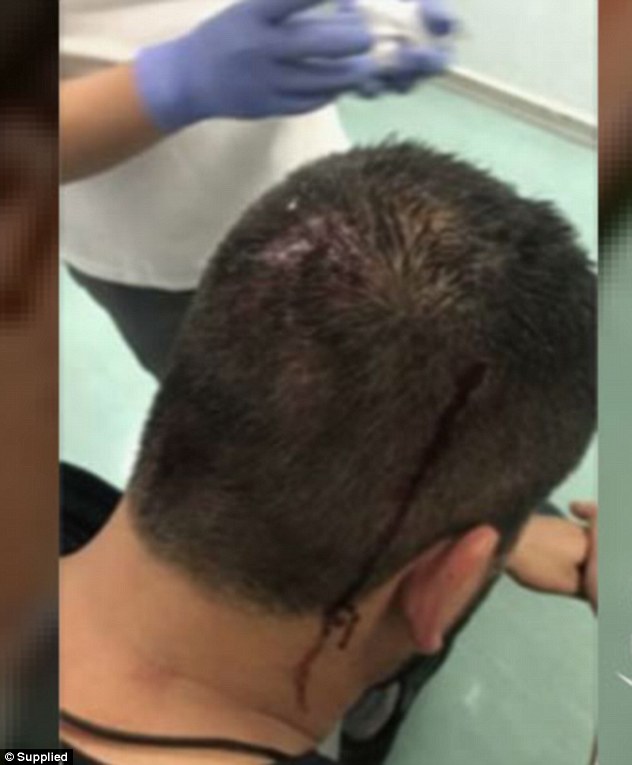 The Zakhour and Nanfaro families are related by marriage. Michael Zakhour did not respond to a request for comment.

In a statement, police said a group of men were ‘removed’ from the ship at Twofold Bay, Eden, on the border of New South Wales and Victoria on Friday.

A further group of 14 passengers, including women and children, also left the ship, the statement said.

Investigators said the fight allegedly occurred about 12.45am when the Carnival Legend was about 220km off Jervis Bay, on the NSW south coast. 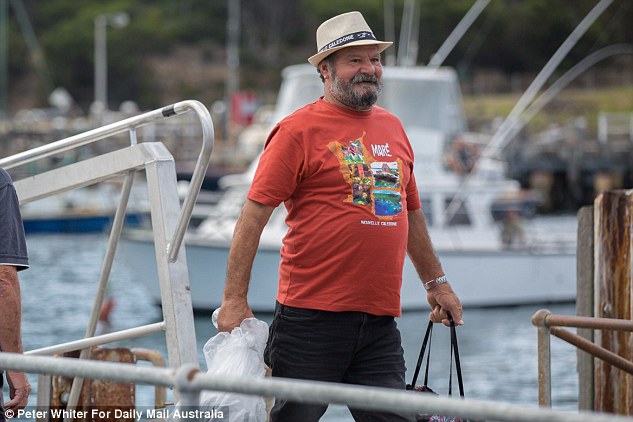 Relative Bartolo Pittorino leaves the vessel with his relatives 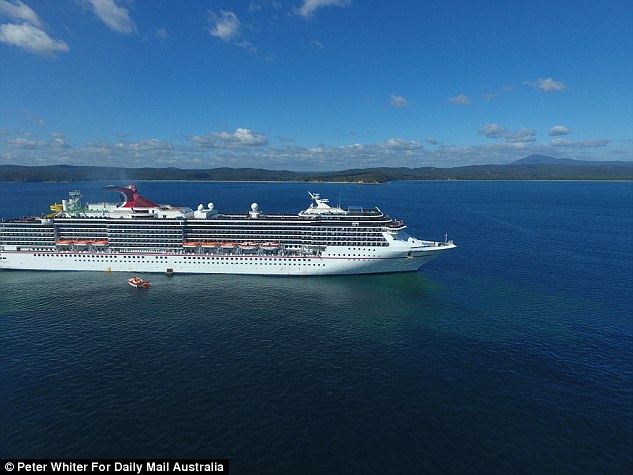 The Barkho family called the police after a crowd of media attempted to speak to them at their home on Monday.

A NSW Police spokesman on Tuesday said no charges have been laid over the incident and inquiries continue.

A Carnival Australia spokesman said the company was conducting a full investigation of all aspects of the cruise, including the security response to the ‘unprecedented’ violence.